So, “Man’s Best Friend with Benefits”… Yeah, it wasn’t very good, was it? Worst of all, the internet is abuzz with comments about this particular episode being, well, racist. And is it racist? Well, let’s just say the whole thing could have been done way better. Especially with the portrayal of the relationship between Portia and James. Yeah, it was pretty bad.

But before I talk about any racism or sexism, let me just review the episode in general, because I know that most of you will not read the rest of my review if you get pissed off at what I say about the above issue.

In this episode, Sam and Dean go to help their friend James, a cop who they worked on another case with a long time ago. As far as I can tell, he never was actually in another episode. I would really appreciate if someone could tell me if this is wrong, but as of right now, there seems to be no past episode with James. This seems to be similar to what the writers did last season with the episode “Repo Man” where they simply tell you that “this totally happened in a past season, but we didn’t tell you about it.” As if we are now getting these apocryphal chapters of the Winchester Gospels. But whatever, the show is allowed to do that. It would, however, be way more interesting if the writers actually did draw from past seasons. The writers brought Martin from season five back; why can’t they do that with any of the other characters? And before anyone tells me that “maybe the actors from those past seasons are doing different things now,” this season has actually recast many actors from past seasons as new characters. Again, not that the writers have to do this, but I think actually returning to past characters would be more interesting than introducing “past” characters that we actually never met before.

Aside from that, the overall story was just… meh. Out of all the fantastic episodes this season, this one was the first that came off to me as a purely filler episode with no relation to the overall plot. Yes, Sam and Dean did deal with their trust issues, but in a really half-assed way. For some reason, despite Sam stopping the entire apocalypse at the end of season five, Dean still thinks Sam won’t be able to handle passing the trials to close the gates of hell. Really, Dean, I mean really? Sam beat Lucifer, who is basically the biggest bad on Supernatural. If I’m going to trust anyone to get shit done, it’s going to be Sam.

Dean apparently doesn’t remember any of that. Sam accuses Dean of not trusting anyone but himself, which also doesn’t make sense. Yes, Dean has trust issues coming out of his ears, but Dean seems to be the type that is always trying to trust people and then being proven wrong. Even after everything Cas did in season six and seven, Dean still trusts him now. And Dean definitely trusts Benny who helped get him out of Purgatory (speaking of which, when will Benny be back?).

But Sam and Dean have apparently forgotten everything from past episodes and seasons so that they can have more trust issues. Oh, but wait, here is a convenient witch to make Dean and Sam remember all the worst things that ever happened to them so that they remember those past seasons. The episode ends with Dean remembering the moral of the end of every season of Supernatural, which is that family (Sam and Dean) needs to stick together to make it through. Sam agrees with Dean about this, and then immediately lies to him right after.

Now let’s talk about racism and sexism in this particular episode of Supernatural. So right off the bat we have a female character, the prostitute, who is killed, followed a black guy, who is also blind, being killed. Those are side characters that didn’t even get names. Side characters always die. The end. Did it make me uncomfortable? Yes, but one, it was supposed to, and two, I probably would have been less uncomfortable if we didn’t have the rest of this episode’s problems. Blackout might have something to say about how disabilities are portrayed in Supernatural, but we aren’t going to deal with that here. For now, let’s just say the side characters are side characters, and they always die—moving on.

Portia and James’s relationship is where things really get problematic as far as race issues go. Portia is James’s familiar, a being who can change into an animal and acts almost as a guardian to a witch. However, the biggest problem with this whole episode is that James is Portia’s master. A white male is the master of a black woman. Did anyone in the writers’ room not realize that was a problem? “But wait,” you might say, “they are lovers though and James treats Portia like an equal.” That, to me, sounds like living comfortably with slavery. This is the equivalent of things like the Bible saying (and I’m paraphrasing here), that having slaves is fine as long as their masters treat them kindly. This same example also works with women by saying it’s okay that men have complete authority over their wives as long as the men still love them and treat them well. Everything about James’s and Portia’s relationship says that he is the master. That’s what Portia calls him, her master. A white male character has complete authority over a black female character. And yes, he does have complete authority, because one of the other familiars says that he had no choice but to obey his master because he gave him a direct order. Even if James never uses this power, it still shows that he has complete and utter control and authority over Portia, despite what she may want.

Now before anyone tells me that Portia chose this, because familiars choose their master, as Portia tells Dean, let me just say that I don’t care. First of all, a woman can choose to stay with her abusive husband, but that doesn’t mean the abuse is now “okay” because she chose to stay there. Second of all, Supernatural is a fictional universe. The writers can write whatever they want, and they could have chosen to keep the same basic story, but removing some of the more problematic elements. I have seen so many people excusing issues with this episode by saying things like, “Well, she’s his familiar, that’s just how the relationship works.” No, it’s not. Even if the original legends about familiars say that their witches are their masters, the writers didn’t have to say that. Lucifer is not a nice guy in the Bible, but they added so much depth and sympathy to that character to make a good story, so I’m pretty sure the writers could do the same here.

Instead of master, say she’s his companion, or guardian, or something. The writers did not have to use the word master, but they choose to despite the problems it brings. They could have casted differently to make it at least seem less troubling, but they didn’t. They could have even actually attempted to explain the relationship between Portia and James better, but instead the writers choose to write a lot of really stupid bestiality jokes. Because we can’t have one season without a terrible sex joke, even if the writers did manage to get all the dick jokes out of their system at the end of season seven.

I have also seen people say that Portia had to be black, because she’s also a black dog. Philip Lechat, the other familiar, is a white guy that can change into a black cat, so your argument is invalid, and even if it wasn’t, it’s like the director or anyone else on set didn’t have a choice in what animals they used.

Portia, herself was actually a fantastic character, and if some of the problematic issues I already mentioned were removed, I would probably be praising this episode. My favorite part in this entire episode was when Portia tells Dean not to be so bigoted toward witches. She gave a great speech that had me cheering, especially when she cowed Dean into silence, but then the whole scene was ruined by Dean saying, “That was hot.” And even Sam chimed in saying, “Yeah, that was pretty hot.” Portia looks exasperated at that and really, I would be too. Do these writers even know how often men try to invalidate any argument or emotion women have using these same tactics? Women are always dismissed either because they are being “too emotional” or “too sensitive.” Or women are told, “You’re so cute when you’re angry,” “Wow, you’re hot when you get upset.” It’s disgusting and ignores any opinions women have by boiling them down to their biology. Yes, Portia has breasts and a vagina; that doesn’t mean, dear Supernatural writers, that every five minutes we need to comment on her looks or make a sex joke.

In fact, Jeremy Carver, can you get rid of the two writers who wrote this episode? Brad Buckner and Eugenie Ross-Leming have written good episodes, but every time I come across a particularly problematic episode, it’s usually them. To give an example, last season they wrote my least favorite episode “Slice Girls,” which was so sexist I wanted to cry. I’m not saying these writers are bad people, but they are bad writers, and it shows by how they use tropes and caricatures.

So far this season has been season gr8; let’s keep that way by writing good plot with well-rounded characters. 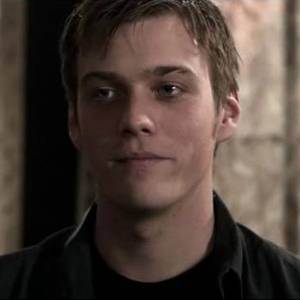 Also Adam is still in hell, but Sam and Dean will let him out if this post gets over 500,000 views.

4 thoughts on “The Road So Far: “Man’s Best Friend with Benefits” Review”