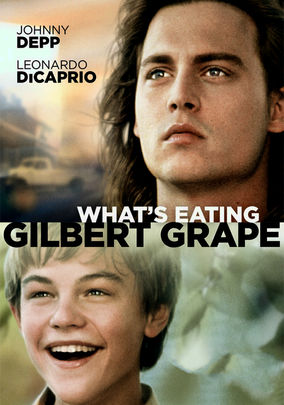 What’s Eating Gilbert Grape is a lesser-known movie about the Grape family. Gilbert (Johnny Depp) is the man of the house at a young age, who is responsible for his two sisters, severely overweight mother, and his mentally disabled younger brother Arnie (Leonardo DiCaprio). This movie came out in 1993, so it’s not new.

What I find amazing about this movie (and why I’m writing about it here) is how accurately Leonardo DiCaprio plays someone with special needs. As DiCaprio describes,

I had to really research to get into the mind of somebody like that. I spent a few days at a home for mentally retarded teens. We just talked and I watched their mannerisms. People have these expectations that mentally retarded children are really crazy, but that isn’t so. It’s refreshing to see them because everything’s so new to them.

You can tell that he did his homework. As someone who was (at one point years ago) believed to be mentally disabled and was who once part of a dance group for the disabled, I’ve been around people who have similar issues to Arnie’s and if I didn’t know that Leonardo DiCaprio wasn’t disabled, I would have assumed that he was.

While DiCaprio was spot-on, there were a lot of other problems, especially with the female characters. Gilbert’s sisters didn’t have personalities; one was a high school drama queen and the other one baked cakes. And the mother was the most useless character. Everyone in the family is dependent on Gilbert. While Arnie is not necessarily capable enough to not be dependent on Gilbert, the two sisters and the mom can do things without him. They just choose not to, which is highly unfortunate. Even Gilbert’s mistress is highly dependent on him for everything, including groceries.

To balance out those four, you have the strange character of Becky (Juliette Lewis) who I had a really hard time connecting to. She was a stronger character, but I found I could not connect with her on a personal level simply because she just seemed so unemotional. Overall, I think the film needed more women that the viewer can relate to.

If you are interested in the portrayal of disabilities in film, you should definitely check this movie out. If you are looking for an example of good female representation, you probably better off looking someplace else.