The Everyman (or Everyperson, as the case may be) is one of the most underestimated and important characters in storytelling. The Everyman is a character with no powers or special abilities outside of those that a normal person might have. The Everyman is not the chosen one; they usually are the stand-in character for the audience (though not always); and they can be the main character or supporting in the story. But the biggest and most key factor here is that they must be a completely and utterly ordinary character. This character represents what a normal person would be like in an extraordinary situation.

Many movies, TV shows, and books like to indulge in our fantasies by revealing that an ordinary person is actually someone amazing. These stories say, “Are you an awkward outcast and loner? Well, that’s actually because you’re a wizard/demigod/slayer/the chosen one!” And while this particular plot is great and all, at some point when watching or reading about one of these characters, you might wonder what it would be like if you were in the story. You then quickly realize that you are not a mutant/fairy/genius/alien and that you would be extremely screwed if you were to step into the story just as you are now.

But what if you weren’t? The beauty of the Everyman isn’t just that they are completely normal and average, but that they somehow survive against all odds in impossible circumstances.

So without further ado, here are my Top Ten Everyman Characters in Geekdom:

It’s safe to say that without Stiles almost every other character on Teen Wolf would probably be dead, arrested, or seriously injured by now. Stiles is a normal human teenage boy. He’s awkward, has ADHD, can’t get a date, and isn’t the most popular kid in school. On top of that, he isn’t a werewolf or a hunter and has no powers to speak of. Yet he is able to stand against werewolves, lizard people, and vengeful hunters. He doesn’t always succeed, but he does pretty damn well against beings much more powerful than him. Stiles saves the lives of Scott, Derek, and many other characters on more than one occasion, and even uses his research skills to help his dad, the Sheriff, with whatever case he is working on.

Xander is another average guy. He didn’t do well in school, didn’t get into college, and eventually worked as an ordinary construction worker. Xander never gains any powers and if he does, it’s only for a brief period and usually because of a curse. The only upper hand Xander ever got was being cursed to think he was a trained solider in the military, because he actually retained most of his military knowledge even after the curse was broken. Though he is not the brains or the brawn by any means, Xander has managed to survive powerful monsters and several apocalypses. His greatest asset, however, is being a comforting and supportive friend.

I know what you are thinking: Han Solo is way too cool to be an Everyman—but he is. In the Star Wars universe, Han Solo is actually the average Joe. He doesn’t have Jedi powers, he isn’t royalty, nor is he a government official. He really is a normal guy who got sucked into this conflict that he originally wanted nothing to do with. Han, however, is one of the more qualified characters on the list. He’s a great pilot, has an awesome ship, street smarts, and is a good leader. It’s no wonder he gets the girl in the end.

Rose is just a shop girl from London—nothing interesting or exciting ever happened to her, until she meets the Doctor. Rose does not have any special powers; she isn’t part alien, nor does she have any military training. Instead, Rose has cunning, a quick wit, a willingness to learn, and excellent survival instincts. She learns quickly and is able to survive many strange and terrifying situations even when she is separated from the Doctor. Rose doesn’t need the Doctor or anyone else to save her. She can save herself and the rest of the world while she’s at it.

J.R.R. Tolkien wrote the Hobbits to be the Everyman character of the Lord of the Rings series. In many ways, the Hobbits represent the young naive men who had never left their hometown before and were suddenly called across the seas to war. Hobbits have no powers, nor do they have to skills or fighting prowess of men. The most claim that Hobbits have is a greater resistance to the power of the One Ring, but even then, they aren’t immune to it. And yet it’s the Hobbits that really help save Middle Earth from destruction. Tolkien’s Hobbits are so inspiring because they perfectly represent the Everyman character, by showing how even the simplest and seemingly insignificant people can change the world.

evil corporation run by monsters. Charlie at first simply tried to run away, but then met Sam and Dean, and found the courage to stand up and try to save the world. Charlie isn’t an angel, hunter, or demon. Her best skill is being a computer whiz. Despite her lack of skill and knowledge, Charlie manages to take down Leviathans and evil witches. She is able to become the hero of her story even though she is so unprepared to be in Sam and Dean’s world. But she found her strength and is ready to help out Sam and Dean fight the baddies yet again. 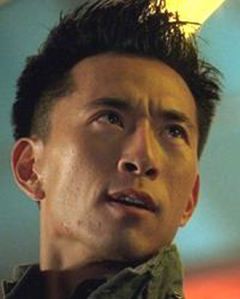 When everyone else was developing superpowers, Ando stayed perfectly ordinary. Three main characters in Heroes had no powers: Noah Bennett, a special agent who could kick the asses of characters way more powerful than him, Mohinder, whose father’s research as well as his own helped find a better understanding for why people began to develop powers, and Ando. Ando was just a regular office worker with a slight porn addiction. His best friend, Hiro, discovered that he could control time and space, and suddenly Ando was sucked into a world he never dreamed of. He was still able to survive and become a hero in his own right. Sadly, the writers eventually decided to give Ando powers. Not long after the show was cancelled…

Lois Lane doesn’t take crap from anyone, whether they have super powers or a genius level IQ and money to spare. Lois is often cast as the damsel in distress for Superman, at least at first, but eventually Lois is fleshed out into a well-rounded and ambitious character. She’s a fantastic journalist, able to do everything from catching the scoop on Superman to exposing the latest political scandal in Metropolis. Lois is cunning and quick-thinking, allowing her to defend herself and get out of many tricky situations on her own. She even saves the Man of Steel’s life on occasion. 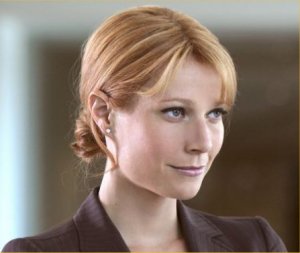 Anyone who can handle Tony Stark deserves a medal and Pepper does that and more. In the Marvel movie universe, Pepper starts out as little more than Tony Stark’s glorified personal assistant and secretary. She quickly works her way up, however, by learning almost as much about Stark technology as Tony does and even becomes the CEO of Stark Enterprises for a time. She smart, level-headed, and well grounded, which enables her to thrive and survive in the most impossible circumstances, including just dealing with Tony Stark on a regular basis.

Donna was just a secretary in her mid-thirties. She didn’t have a stable job and her fiance

turned out to be working for an evil spider-queen alien. At first, Donna is scared and put off by the Doctor and aliens in general, but she eventually decides that she wants to travel with him. Donna’s sassiness, spunk, and humanity are her greatest assets. She often convinces the Doctor to break or bend his own rules in order to help. Donna eventually helps save the entire universe, but tragically loses her memories doing so. However, despite being so normal, she is probably one of the greatest companions the Doctor ever had.