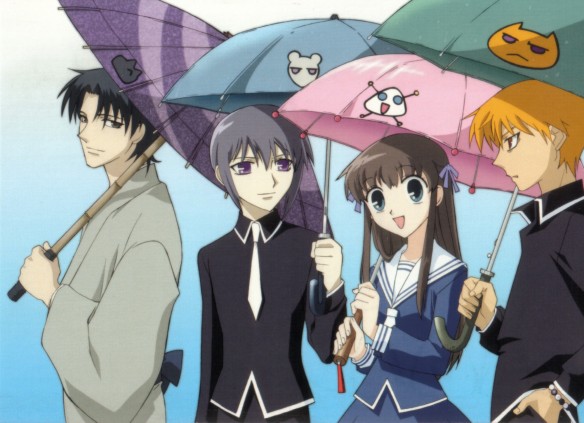 I think this is the first shoujo I got into, and like many manga, Fruits Basket just seemed to go on for way too long, though it never quite reached Naruto and Bleach levels in terms of length. (Then again, not many things can.) At the very least, Fruits Basket had a set ending and a more or less cohesive plot, and though it also has a fair number of characters, it never actually deviated too far from its plot to develop them separately from what was actually happening in the story. What I’m trying to say is that it never punishes the reader with more filler than actual plot. It only punishes them with fluff, which is almost just as bad. It is twenty-three volumes, which is a pretty decent length, and if the story’s decent as well, there’s definitely nothing wrong with that.

Okay, I admit to liking Fruits Basket, and I found it really enjoyable, even if it’s not something I would normally read. Fluff and cute things are not my cup of tea. And Fruits Basket has just about every shoujo cliché to its name. The only difference between it and other shoujo is that Fruits Basket decided to take an extra step in the cuteness department by giving hugs the magical power to turn people into fluffy animals. 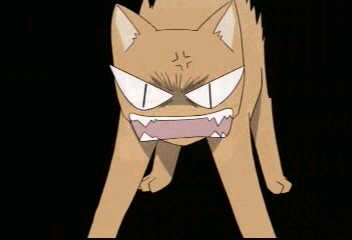 How can you not love that face?

Fruits Basket’s conflict is based on the Chinese zodiac. The story goes that God called all the animals to a meeting, but the Rat told the Cat that the meeting would be on a different day than it really was, and so the Cat missed the gathering and was not made into a zodiac animal. Nowadays, at any given time, the Sohma family has at least thirteen members of their family that represent the animals in the story: the twelve in the zodiac and the Cat. And whenever these people are hugged by someone of the opposite sex, they transform into their designated animal. This can lead to some very awkward moments. And some dangerous ones. 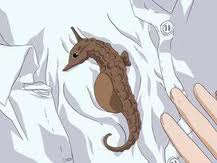 Our main protagonist, Tohru, is not a member of the Sohma family, but she becomes an integral part of their life. When she was young and her mother told her the zodiac story, she felt bad for the Cat and actually declared that she was now born in the year of the Cat. Her mother eventually passed away, and Tohru moved in with her grandfather. However, at the start of the manga, because her grandfather is doing renovations, Tohru is actually living in a tent in the woods, because she doesn’t want to be a bother to him or her friends. 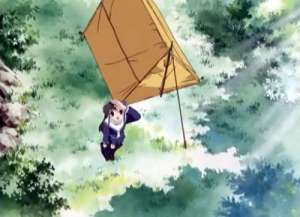 I’m not sure this is legal.

She meets a boy named Yuki Sohma, and when he learns where she’s been staying, and after her tent is destroyed by a convenient landslide, she moves in with him and Shigure Sohma. Not long after, Kyo Sohma shows up and starts a fight with Yuki. The end result: hijinks insue and Tohru ends up hugging all three of them. Yuki becomes a rat, Kyo a cat, and Shigure a dog. And Tohru reacts to this the way any sane person would. 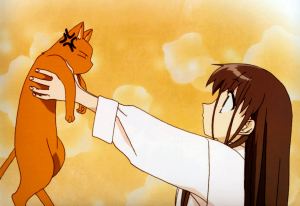 The story features a love triangle, with both Kyo and Yuki vying for Tohru’s affections, but the real plot is whether or not Tohru will be able to break the curse that causes the affected Sohma’s to transform into animals. It’s a neat setup, but there are many things in this series that I don’t like about it, and most of those involve Tohru’s character. She’s there to “fix” the Sohmas, because that’s what Mary Sues do when there’s a problem. I guess she’s the only one capable of breaking the zodiac curse, because she’s special. Unless you’re reading another shoujo, you’d be hard-pressed to find a protagonist as innocent, sweet, and selfless as Tohru. She is unnaturally nice to the extent that other characters comment on the impossibility of her niceness. And it’s all just there to make her special. She is the nicest of the nice people.

Her only real flaw is that she’s completely oblivious to her surroundings and cannot tell when she’s in danger. I assume this is because her overly kind mindset can’t possibly imagine that anyone else might be bad. There is one scene that also stuck out to me, in which Tohru is standing alone, and a group of guys are making terrible comments about her, and are otherwise verbally threatening. Kyo notices what’s happening, and saves her by leaning against the wall next to her with his arm over her head. Then he glares at the guys. He saved her by making gestures that indicate she’s his girlfriend. And I’m not saying that Kyo’s a bad character; he and Yuki both have a lot of agency and can be very compelling. Kyo also did nothing wrong by protecting her, but what I don’t like is that in this situation is that oftentimes the only way to get someone to back off of a girl is by another guy asserting himself as her boyfriend. I just hate how oblivious Tohru is to everything. Kyo at least doesn’t seem to like this situation that much either, and he does want Tohru to pay more attention to her surroundings.

It’s still a cute story and it is enjoyable. But Tohru is just a bundle of clichés for female protagonists in shoujo. My biggest complaint with this series is that I want more from Tohru. I don’t think that niceness and selflessness are bad qualities for her to have, but sometimes they just seemed like her only qualities.