Let me open this post by saying this; I have not watched an episode of Supernatural for about a year or so. This is for a couple reasons. First, the Lucifer story was perfect and a great ending to the series. Sadly, they just kept going.

But I can deal with shows going hard after what I think should be the end happens. I’m not the show’s writers. The series could be fantastic right now. I wouldn’t know.

Because I really haven’t cared about the series since Bobby Singer got magic legs.

If you don’t know what I’m talking about, let me do a brief synopsis. Bobby Singer was the mentor of Sam and Dean Winchester. He helped them fight the evils of the Earth, ranging from vampires to demons.

Over the course of the series, Bobby became paralyzed from the waist down because he stabbed himself in order to avoid killing Dean while under demonic possession.

I would like to take a moment to focus on how amazingly awesome that is. Throughout the series, Bobby is shown to be the closest thing to a father that Sam and Dean have left in the world. Yes, he rags on the boys for their occasional stupidity, but he does love those boys like they are his own children. 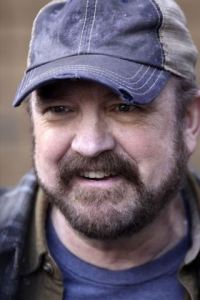 He loved them so much he actually sacrificed his ability to walk to keep himself from hurting Dean. That’s a hell of a story. Throughout Bobby’s time in the wheelchair, he has to grapple with the feeling that he is useless without the ability to walk. As his time in a wheelchair progressed, I was excited to see how the show would show the audience that Bobby was still amazingly useful even without working legs. I was hoping for an Oracle-like change in character.

But the series writers decided to change the whole situation by having Bobby sell his soul to the demon Crowley, which had the side effect of giving Bobby the ability to walk again.

Okay, well, that is strange, but I guess losing your soul is a kind of disability.

Then the Winchesters blackmail Crowley into giving Bobby his soul back and allow him to keep walking.

Why? Why the rewrite? Why even paralyze Bobby if you were just going to magically fix him again?

This bothered me when Barbara Gordon was cured of her paralysis, but it bothered me first when they cured Bobby. It makes those who are actually paralyzed feel that you’d have to be insane to continue to live life paralyzed. Bobby literally sold his soul to get his legs back. What is a child in a wheelchair supposed to think?

So that’s why I don’t like Supernatural anymore. They took a great idea and magicked it away, teaching audiences that you are subhuman if you have a disability. That’s not right.