Marvel’s 2010 crossover storyline Fall of the Hulks, which occurs sort of concurrently with the events of the Siege storyline, details among other things the plot of a cabal of evil, brainy superheroes to kidnap the world’s eight smartest people. The Intelligencia [sic], as they call themselves, arouse the ire of various Hulks in the process, leading to all sorts of hijinks and craziness, as well as the World War Hulk story and its two issue miniseries, Hulked Out Heroes.

Try not to imagine the kind of mindboggling destruction that an entity equal parts Hulk and Deadpool would wreak. Instead, let’s go back and talk about the fact that Marvel has offered up a list of its terrestrial supergeniuses. This is great! I really want to know who the smartest people on Earth-616 are, don’t you? Let’s take a look at who was worth capturing (in no particular order):

To give you an idea of the level of intelligence we’re talking about, Amadeus Cho, wunderkind that he is, thinks of himself as the seventh most intelligent person in the world. Amadeus is a good baseline, because he has lots of references. Reed Richards agrees that he is the seventh smartest person in the world. The goddess Athena goes so far as to say that he is smarter than “99.999999993%” of the planet, specifically referring to the ability to recognize and use patterns. So, we’re talking about IQ-style intelligence. While we’re at it, it’s worth noting that Hercules believes that Cho is smarter than Athena herself, and Hephaestus, the inventor of the gods, believes that Cho is more intelligent than he is.

So, this is a list of true intellectual powerhouses. As someone who is concerned with PoC representation in every medium, but especially in comic books, it’s great to see that the list is racially diverse. In addition to Cho, the list features the Black Panther, an African genius who has leveraged the great vibranium reserves of his country, Wakanda, to make it the most technologically advanced nation in the world. That being said, the list is sorely missing any women at all.

Now that’s not to say that there are no brilliant female minds in the Marvel universe. Kitty Pryde is a technological genius and a starship-competent pilot. Emma Frost is possessed of a formidable intelligence, which pairs well with her cunning and devious nature. Ultimate Sue Storm is a biochemistry prodigy from a young age and Janet van Dyne (The Wasp) is a brilliant polymath who counts deduction, combat strategy, and fashion design among her many talents. 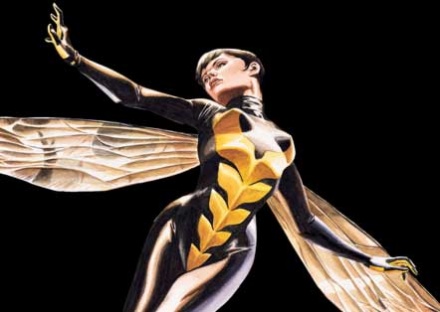 This just my erryday swag.

But for all their brilliance and talent, none of them even come close to the intelligence of Hank Pym, whose scientific abilities are considered to be on par with the magical abilities of the Sorcerer Supreme.

Now, my issue here is not that the list is inaccurate or somehow misogynistically unfaithful to the Marvel Universe. I think that as the characters are written, the above are the eight smartest, though I’d be willing to hear arguments about some of them. As the characters are written. Which means that the problem is with how it’s written. It’s a problem if not one of the world’s smartest heroes is a woman. It’s a problem if there are no readily recognized female supergeniuses in your continuity that aren’t overshadowed by their male counterparts.

As I’ve mentioned before, I think that one of the coolest things that superhero stories do is offer us role models. The dearth of these kinds of female characters means that we are missing an opportunity to inspire young women to excel in the sciences, math, and engineering. It also seems to imply that there’s an executive prerogative at work that favors women with physically impossible breasts to women with brains. I don’t know why I’m surprised.

There is a little good news, though: Valeria Richards. The former Marvel Girl, who was reborn as the child of Reed and Susan Storm Richards—a child who was thought to be devoid of superpowers, but was playing chess and solving Rubik’s cubes at two years of age. She has since claimed to be smarter than her father, the oft-proclaimed foremost 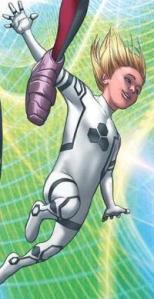 mind of Earth-616. Reading advanced scientific texts, deducing the events of complex interdimensional timelines, and developing AI technology, Val Richards is the wunderkind. If she’s to be smarter than her father, that means that little Val will be more intelligent than Bruce Banner, more intelligent than Tony Stark, and more intelligent than Dr. Doom. I, for one, will be looking forward to what future Marvel has planned for her.

7 thoughts on “On Marvel’s Mega Minds and Missing Women”