Fresh off her success as Maya Hansen in Iron Man 3, Rebecca Hall is going to take a swing at the stage, Yahoo News reported Tuesday.

Hall will star in Machinal, a play written by American playwright Sophie Treadwell. It’s based on the case of Ruth Snyder, a woman who murdered her husband in 1927 and was executed in 1928. The show, from what I’ve seen online, is creepy.

Machinal has seen some runs in both America and the United Kingdom, but for the most part, the play has been one of those niche plays that are done in college and side-Broadway shows.

This is a pretty unexpected jump from things like Iron Man 3. Movie actors do not have to get their lines right the first time they get on camera. If they screw up, there is always another take. Theatre is different. If you screw up, you don’t get to just start over. An actor has to keep composed if they screw up. 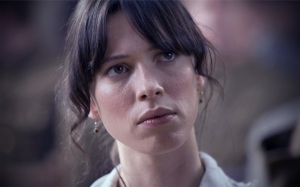 That being said, Hall has shown impressive acting chops in previous roles. She had roles in The Town and Frost/Nixon, and she was also nominated for a Golden Globe for her performance in Vicky Cristina Barcelona. The girl has skills.

Yes, it’s true that Machinal is a strange play. It is also true that Rebecca Hall is known for movies. But she is a solid actress, and I believe she can perhaps make a splash with this obscure play. The show will begin previews on December 20 and open officially on January 16, at the American Airlines Theatre. 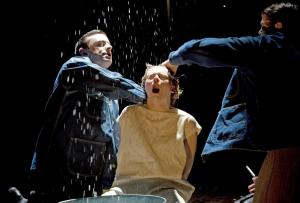