A couple days ago, DC Comics announced that the Justice League of America was moving to Canada starting in April, 2014.

Details are very limited right now. From what I’ve read, the Justice League is moving because of some kind of dramatic change.

The reason this threw me for a loop is, admittedly, I don’t think of Canada much. Yes, I know they are America’s brothers to the North, and I love whenever I get a chance to visit Toronto. But, I’ll admit, I haven’t been anywhere else in Canada. I know there is more to Canada, but I just haven’t had the chance to visit past the Air Canada Centre.

So to have the Justice League of America move to Canada was, weirdly enough, a “huh?” moment for me.

Why, though? Why is the idea of the Justice League moving to Canada such a silent joke?

Ink touched on this during Independence Day, but I think this deserves a look from another direction. 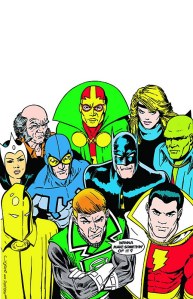 Let’s look at the Justice League International. Can you name one member of the JLI?

I couldn’t until I looked it up. Batman is in there a bit, but top billing for the group goes to Guy Gardner’s Green Lantern, and he’s an American. The Justice League International is headed up by an American Green Lantern, and not even a good Green Lantern. Gardner is what happens when a superhero takes PEDs and forgets that mandatory drug tests exist. He makes jocks embarrassed to be jocks. 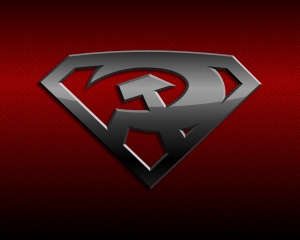 In fact, there are very few instances where an international superhero gets top billing. The instance I remember most is Superman: Red Son, but that was Superman, the original All-American. And this Superman was in another universe. There was no worry among readers that Superman would stay a “bad Soviet.”

Now, I don’t agree with communism. I think it’s a badly-designed political policy. But just because you are communist doesn’t mean you’re a bad guy. Soviet Superman, even while wearing the Hammer and Sickle, had the same morals Earth-Two Superman has.

Remember, Red Son was written in 2003, some twelve years after the fall of the USSR. But while the sting of the Cold War may have left, the concept of Superman being a product of the Soviet machine can shock, especially since, in my experience, Russia still is considered the enemy.

But we as an America-centric comic-book society forget that you can be a good guy even if you aren’t American.

Remember when Superman renounced his American citizenship? The backlash from that was so insane that the action became a one-off moment in Action Comics history. That’s a shame, because in the grand scheme of things at the time, Superman was showing that being a superhero under U.S. policy was straining his morals. It made sense.

Let’s not mention that Superman may be the only illegal alien ever to be rewarded for taking jobs away from the American people. But shame on Superman for trying to be for the entire world instead of just America. That’s where we draw the line. 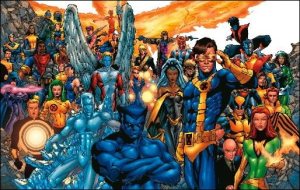 That’s not to say that comics don’t have some top-billing international characters. The X-Men are pretty okay at having international superheroes. Storm is a descendant of a Kenyan princess and Wolverine was born in Alberta. Still, these situations are few and far between.

The point I’m trying to make is that comics, especially DC comic books (which is what I mostly read) are very nationalist. American is the best, and everyone else better be glad our superheroes are protecting their ungrateful asses.

It’s the same as when Hollywood makes the villain Russian or Arabic. It’s insulting to those Russians and Arabians who live morally correct lives. It also insinuates that Americans can’t be evil, and we all know they can be.

In essence, the fact that America is the center of the comic book universe is a problem, simply because it’s ignoring a huge chunk of the world. To not have superheroes from Iraq or Saudi Arabia fighting alongside our American ones is, in 2013, a mistake.