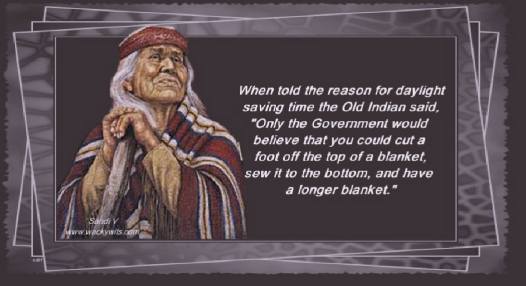 Lately I’ve noticed a lot more of those Native American memes as I scroll through my various web feeds (maybe it’s because Thanksgiving is coming up?). You know what I’m talking about—pretty little pictures of serene and wise (and sad) Native Americans with some kind of superimposed message about listening to your elders and/or being one with the Earth. For some reason, a significant number of people really love spreading those around (I’m looking at you, elderly relatives). I’m not really sure why—maybe it’s something to do with looking for meaning in an increasingly post-Christian world. There are so many problems with those little memes; I won’t go into them all here. But some filmmakers have taken on a similar attitude. How do film versions of Native American religious beliefs match up to the real thing?

Native American religion was and is extremely diverse, but there are some elements they all have in common. Different Nations had different pantheons of gods and goddesses, and their shenanigans give the Ancient Greeks and Romans a run for their money. Dances served as a form of ceremonial prayer, including Sun Dances and Ghost Dances. Religion often connected to the natural world in some way. As Europeans emigrated to North America, Christianity combined with or replaced Native American religions. An important thing to remember is that in modern Western society, our areas of life are separated into nice neat little boxes in our heads. Religion might be something we do on Sunday (or another special time), but it’s a bit weird if it influences our politics. We’re encouraged to not bring our work home with us. But in other cultures, life isn’t quite so divided. Religion is part of culture which is an important part of your identity, turning it into something much more like a total world view instead of something you check off your to-do list. Native American religion was very much a way of viewing the world, which might be one reason why so many modern people are attracted to the idea of it. 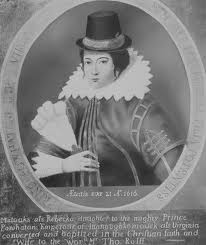 Portrait of Pocahontas, aka Rebecca Rolfe, circa 1616.

Disney’s Pocahontas gives us an extremely sanitized version of reality. The movie expands on the small historical anecdote that Pocahontas, preteen daughter of paramount chief Powhatan of the Tsenacommacah area, begged for the life of captive Englishman John Smith. It ignores her later capture, conversion to Christianity, and marriage to John Rolfe. Many believed Pocahontas (rechristened Rebecca at her baptism) would be a key player in establishing positive relations between the Natives and the Virginia Company of London, including their conversion to Christianity.

But in the Disney-fied version, Pocahontas succeeds in teaching John Smith that appreciating the wonders of nature is better than exploiting natural resources for economic gain. This doesn’t happen through having him listen to their legends and witness a ceremonial dance. Rather, Pocahontas breaks into song and runs through the forest with him, and introduces him to the magical Grandmother Willow tree. The movie propagates the popular trope that Native Americans have some access to the magical power of nature, rather than embracing the natural rhythms of the world. We may have been better off with something closer to the “Circle of Life” messages in The Lion King. At least then it would have been more about finding one’s place in the natural cycle of life and death and less about Magical Mother Nature. 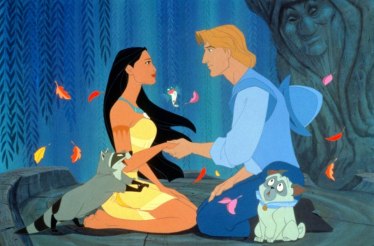 Moving from the East to the West, we encounter a different take on Native American mythology in Twilight. Jacob Black is a member of the Quileute tribe in La Push, Washington. Jacob is a werewolf, from a long line of “shapeshifters” in his tribe. Surprisingly, author Stephenie Meyer did a passable job of representing a paranormal version of Quileute religious belief. While much of the people’s religion was lost after their encounters with Europeans, one portion of the surviving folklore tells us that the Quileutes are descended from wolves. The two-sided creature named K’wa’iti and Dokibatt created the first member of the Quileute tribe by transforming a wolf into a human. The medicine man honors the creator with a Wolf Dance. 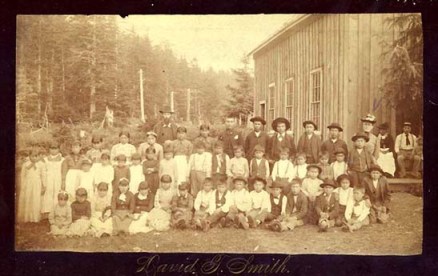 This was one of the few photos I could find of actual Quileute… anything. Thanks, Twilight.

The Native American as shapeshifter, or animorphism, is a fairly common detail of the “Magical Native American” trope. The difference between Twilight and other works of fiction is that here, Jacob’s animorphism is less about him being a Magical Native American and more about him being another monster, a foil for Edward the vampire. The focus is on Jacob’s lycanthropy, and the Quileutes’ beliefs are the “reasonable explanation” for it. It’s not just randomly assigned to him because he’s a member of some unnamed generic Native American tribe. While Jacob’s conflict with Edward does echo the conflict of the white European settlers in the ancestral lands of the Natives and the ensuing territorial wars, Meyer makes an effort to emphasize that what’s important is the vampire warring with the werewolf. If she wrote Jacob as Latino or Black or Scandinavian, he’d still serve the same basic function in the story. 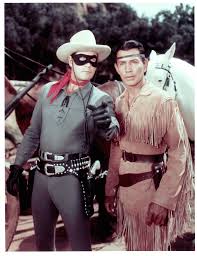 On the other hand, in The Lone Ranger, being a Native American is essential to Tonto’s character. What began as a radio show in 1933 based on a story written in 1915 transformed into a hugely popular television show, comic books, and movies in the 1950s. The franchise was immensely influential in 20th century pop culture, and is likely the largest source of America’s love affair with “Cowboys and Indians.” The radio show also gave us an incredibly racist (and popular) Native American caricature: Tonto. Tonto (whose name comes from a Spanish word meaning “moron”) is a Magical Native American playing sidekick to the Lone Ranger’s gallant hero. Tonto speaks in pigdin English (“Me Tonto!”). The character was voiced by actor John Todd, but was often represented in public appearances by a hired Native American. When Todd got “too old” for the station manager, they tried to replace him with a real (college-educated) Native American actor, but the new actor refused to say the pigdin lines, and so Todd continued to play the role. 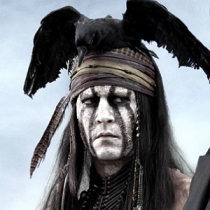 The most recent attempt at a reboot comes to us from Disney. The 2013 The Lone Ranger was met with vitriolic criticism from movie critics before it had barely opened in theaters, and failed to rake in enough money to cover its production and marketing budgets. I believe the movie did an excellent job of turning the racist stereotype of Tonto into a vehicle for exposing the horrors of the systematic genocide of Native Americans committed in the search for economic prosperity (but that’s another post for another time). This movie version includes more Native American religion than many other versions of the story. Lawyer John Reid joins his brother and six other men to hunt down the outlaw Cavendish gang; all eight of them are killed. Tonto, a Comanche, finds the bodies, and begins to bury them. A white spirit horse awakens John Reid as a “Spirit Walker,” who cannot be killed in battle. “Spirit Walkers” performed rituals to commune with the spirit world, ask for favors such as a good hunt or harvest, and provided spiritual direction. But immortality, at least in battle? Not so much. The idea of Spirit Walkers tends to be more popular with the Native American culture enthusiast crowd than actual Native American tradition.

Tonto believes Cavendish is a wendigo, and agrees to help Reid, now known as the Lone Ranger, track him down and bring him to justice. Wendigos are a favorite monster for recent paranormal shows, including Sleepy Hollow. Wendigos are demonic, half-human-half-animal cannibalistic monsters… of the Algonquian people. Algonquians lived along the Atlantic and into the Great Lakes region, while Comanche native territory is in the southeastern part of the United States, near New Mexico, Colorado, Texas, and Kansas. Disney’s Tonto claims to be the last of the Comanche Wendigo Hunters… but that just doesn’t make sense. As an exiled, wandering Comanche, Tonto might have heard of the Algonquian story of the wendigo, but it’s unlikely that he would have had a special commission to hunt wendigos from his tribe. Could Tonto have invented the idea that he was some kind of Wendigo Hunter? Possibly, as Reid’s conversation with some Comanche leaders tells us that even they view Tonto as some kind of weird freak who’s lost half his marbles because of childhood trauma. But the wendigo story still doesn’t quite fit with Tonto’s background.

It’s easy to see why some people love the idea of being in tune with Generic Native American Religion when makers of popular media feed into the trope like this. At least Twilight, for all its other flaws, lined up its Native American mythology with actual local lore. Although it has other merits, Disney’s The Lone Ranger shoehorns Native American religious elements into their story in order to serve the plot, without having them make any sort of real cultural sense. Pocahontas is an even worse offender, transforming a deep respect for the natural rhythms of the Earth into a happy tale about how the magic of nature can make you a better person. While it’s important that people understand the history of Native American relations with European emigrants, and how America is responsible for the destruction of most of their cultures, cultivating an enjoyment of sterilized cultural spiritual stereotypes is not the right way to do it. You can’t convert to Native American religion; it’s inseparable from Native American cultures. We have to do a better job of representing the complex truth of what spirituality was and is like for Native Americans.