This time next week, Matt Smith will no longer be the Doctor. It’s an event that all Whovians have been either dreading or counting down to ever since he announced he wasn’t coming back.

And as excited as we are that Peter Capaldi will be jumping on to usher in the Twelfth Doctor’s reign, I think it’s only fair to look at the good and bad things that happened while Eleven reigned supreme.

Spoiler Warning: Up to and including “The Day of the Doctor“

Good: The Doctor Began Looking For the Fun Again

I always believed that Matt Smith’s Doctor was whimsical because he made peace with the events of the Last Great Time War. What he did when he “activated the Moment” (spoiler: he did nothing, but let’s pretend he did, mmmkay?) was horrible, and it took two regenerations to come to grips with it.

Matt Smith, in his youthfulness, was great in being that young man just looking for forgiveness from an angry universe. I thought it was, for the most part, very well-done.

My favorite thing about Ten was how David Tennant portrayed the Fury of the Time Lord, so to speak. He wasn’t a yelling man—that was Nine‘s job. Rather, he was silent in his fury.

Matt Smith was all over the place with his anger. In some cases, he was silently raging. In others, he yelled. I always felt that Matt Smith didn’t know how to show the anger he wanted the Doctor to portray. In fact, there were times that Matt Smith suffered from problems with emotions. Never understood why. 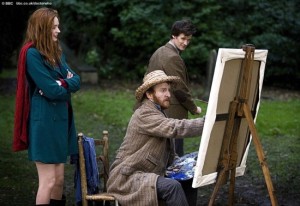 This is more of a statement about how Steven Moffat and Matt Smith worked together for their story lines. Smith got House and The Dream Lord, two of my favorite one-off bad guys ever. In addition, Eleven danced with the Silence, the Great Intelligence, and River Song. Vincent and the Doctor is amazing. And, oh, let’s not forget he was the lead Doctor for the 50th Anniversary. Only one Doctor gets to do that.

The Angels Take Manhattan. Actually, when you think about it. most of Series 7 is a train wreck. Matt Smith has had over a year of really awkward clean-up stories and average episodes—so much that it’s hurting how people will remember his reign.

This is on Moffat. Matt Smith was the first Doctor in HD, and instead of developing the character to have story after story that would test the limits of his new-found inner peace, Moffat relied on “enemy does something bad; Doctor stops it in 60 minutes or less.”

While I think it got a bit too much after a while, Matt Smith’s Doctor found a wife in River Song. No longer did he need to flirt with his Companions. He was a married man. Except.

Bad Part One: HE WAS STILL TRYING TO GET WITH AMY

This is one of my biggest gripes with Matt Smith’s Doctor, and it has, again, everything to do with Moffat.

I know Ten/Rose worked. I love it myself. But the Doctor doesn’t need to constantly have a thing for his Companions, especially when his wife’s mother is the girl you’re flirting with.

I don’t get it sometimes. Moffat has this ability to write great episodes that, somehow, hurt the franchise as a whole. Furthermore, he is more than a bit blind when it comes to writing strong characters that aren’t white or male.

I will use this gif as much as I can until the day I die.

I don’t think it’s a coincidence that Eleven, the first Doctor who was solely Moffat’s, had so many glaring problems. I hope Moffat shapes up, because I want Twelve to be a dynamite Doctor. But I’m losing faith.

Eleven is the Doctor who helped hit the big red reset button that will follow Twelve into Series 8. This is good because it allows so many new stories to exist. It’s bad because it made me feel that the old stories weren’t as important in the grand scheme.

Matt Smith’s speech during “Rings of Akhaten” is, without a shadow of a doubt, the best thing he ever did. Not even going to talk about it. Just showing it.

Overall, Matt Smith isn’t Tom Baker, but no one ever will be. He’s not Sylvester McCoy—sorry McCoy—so he’s not going to go down as the worst Doctor ever. But I worry that Eleven will not be looked at fondly for a long time. Still, the steps Doctor Who has taken, good or bad, has increased the audience more than ever before. It’s something that Matt Smith should be proud of. 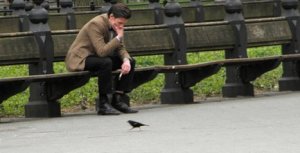 3 thoughts on “A Eulogy for Eleven”