Don’t buy that? Donald Glover couldn’t even suggest a film with a black Spider-Man without people freaking out and calling him ‘nigger’ for trying to “take Peter Parker from [them],” even though black Spider Man is already a thing. A woman can’t even suggest that GTA V might be sexist (who would have guessed that?) without receiving awful transphobic comments and threats. We, as a community, stumble on the most basic race/gender stuff. Class/ableism seems to elude us entirely. I don’t want to ignore or diminish all the great parts of our community that are actively doing something about that and representing in fantastic ways, but when I step back and look at all of our failures in that arena, I get pretty sad.

So in an attempt to do something about this, the guys at Penny Arcade Expo (PAX) have announced that they’ll be experimenting with a special hub/lounge called “Roll for Diversity,” which would serve as “a resource for PAX attendees to find information related to issues surrounding women, LGBTQ, people of color, disabled people and mental health issues in gaming.” So far, we know that PAX plans to roll these out at Seattle, Boston, and Melbourne events, and that there may be diversity-themed panels, developer meet-and-greets in these spaces, and, apparently, Safe Zone Training. If you don’t know what Safe Zone is, it’s diversity training designed to create culturally competent and sensitive environments for LGBTQ+ folk. You can read more here. 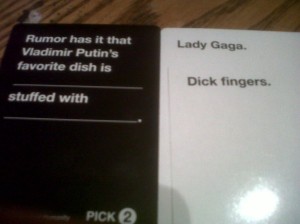 That’s big news, especially from guys that have fucked up so bad that even Cards Against Humanity decided they weren’t cool. They’re responding to very serious complaints about their behavior, the convention, and geek culture in general that have been lobbed at them over the past year, especially since the “dickwolves” incident (tl;dr—they responded very badly to fan complaints about this strip.) They’ve since apologized, but that only muted the fan response slightly.

So creation of safe spaces for people not on the mainstream would seem like an important step forward. I love the idea of having a place where people can be educated, get diversity training, find resources for their community, or what-have-you. But as has been pointed out here, segregating the diversity resources in special locations is problematic (although Rock Paper Shotgun needs to learn what the term “Safe Zone” means). It simply will not do to have all diversity concentrated in one place. Any genuine attempt to make PAX a more diverse, inclusive place should include diversity-themed programming all over PAX. I have similar problems with the notion of Black History month, to name one. Yes, celebrate my culture, acknowledge my history—but the idea of confining arts, history, events about African American art, history, and life to one month, and the shortest month of the year at that, is frankly insulting. It was a step forward when it was the best we could get, but we’ve moved beyond that.

The same applies here; you can’t make a zoo of diversity and expect it to improve things. I worry that it will create a situation where only diverse persons and people interested in diversity will be in the lounges or taking advantage of the resources. There’s a legitimate concern that it will make ‘mainstream’ PAX even whiter and less diverse, to say nothing of the fact, that it’s not the most effective way to make PAX a better place.

Putting diversity front-and-center may be more painful, and it might result in more pushback at first, but it can convince people that more diversity is not a vice. There’s no trouble. There’s no other way to make “diverse” art stop being a separate and somehow less category than to put it out there and show all audiences, black, white, Martian Manhunter, Atlantean, or purple, that it is just as good. I worry that the diversity lounges will serve only to tokenize diverse concerns.

So I’m cautiously optimistic. I can get behind the idea of a diversity resource center. That being said, defining a specific “safe space” could distract from the need to make the whole of every convention a safe space. PAX can have the lounges, but they’re going to have to do better than that. They can offer Safe Zone training, that’s great, but without making diversity and engagement one of the cornerstones of their programming, not just tolerance or “oh god we’re in trouble let’s do something to appear diverse,” the whole thing is going to miss the point. The Sixth Axis sums it up beautifully, saying “Why isn’t the whole of PAX a safe place for people with differences to exist alongside the straight white men who organise and stake claim to the event?”