Teen Wolf Season 3B is almost here and I said I would address the possibility of Sterek happening before the premiere. I have already discussed Stiles’s sexuality, so now let’s take a look at Derek. 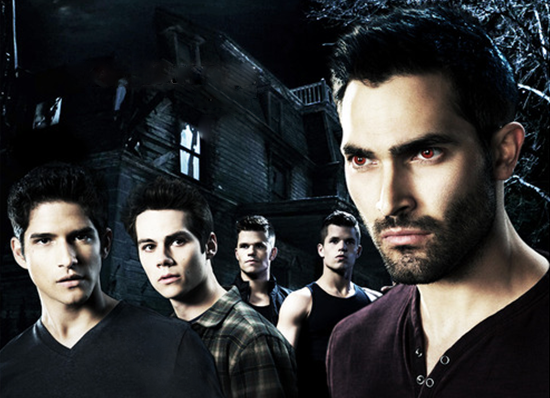 I mentioned with Stiles that one of the reasons I love his character is that the question about Stiles’s sexuality is out in the open, where with most other characters and pairings there is nothing but subtext. Stiles’s questions about whether gay guys are attracted to him and his flirtations with Danny, while not explicit, set up the potential for a natural build to Stiles being revealed to be bisexual. Most other characters, in contrast, have some queer subtext, but it’s mostly used to queerbait fans of the show. With Sterek, there seems to be nothing but subtext, but I don’t see this as a huge loss. I fully support Derek and Stiles not being a couple as long as I still get a bisexual Stiles. But if Sterek doesn’t happen, does that mean there really is no hope for a queer Derek? Well… not necessarily.Technically, until season three, we never see Derek’s sexuality in action. We find out that Derek was with Kate in season one, but we never really see them together in a romantic or sexual context. Furthermore, his relationship with Kate is questionable at best. Their relationship was definitely manipulative and potentially abusive statutory rape at worst. In season two there are some brief scenes where Derek creepily seduces and makes out with Erica, but these brief scenes seem more to do with Derek convincing Erica to become a werewolf than any actual attraction. So it isn’t until season three when we see Derek’s relationship with Jennifer and his past relationship with Paige that we really see Derek being interested in someone romantically or sexually.

Now, the fact that all of Derek’s onscreen relationships have been with women does not necessarily mean that he isn’t queer. Derek’s lack of sexual interest in anyone until season three led many fans to write Derek as an asexual character. While not as popular as a gay or bisexual Derek, there is a significant amount of fanfic where Derek is written as asexual. I personally think it’s more likely that Derek’s lack of interest in sex in seasons one and two has more to do with his trauma with Kate—as well as the fact that he’s surrounded by underage kids—but still, an asexual Derek is a really interesting take on the first two seasons and one I wish the show had pursued.

Even though Derek’s relationships with women don’t prove he is straight, TV shows tend to be really obvious when it comes to sexuality and who is interested in who. So at least for now, Derek has only been portrayed as straight. However, because the show has only been around for three seasons, I think it would be really easy to develop Derek into a queer character. Revealing in the upcoming episodes that Derek was in a past relationship with a man or that he is interested in a man could be really interesting, but if the Teen Wolf writers want to go this route, I would suggest they do this soon—otherwise it may just seem like fanservice if Derek hooks up with Stiles or another guy later on. There is also the potential danger of claiming that Derek has “switched” to dating men, because his past experience with women has been so bad. I have heard many Teen Wolf fans claim that Derek should just date men since things clearly things don’t work out between him and women. And while I want more queer characters in Teen Wolf, I don’t want it to happen because of some sort of sexist notion about women.

I think for Sterek to really work and not just seem like straight-up fanservice, the writers will have to show both Derek and Stiles in same-sex relationships or at least obviously flirting with other men before any attempt with the pairing can be done. The show has at least another season or two to do this, too, since it is unlikely that Stiles and Derek will get together when Stiles is still underage. The problem with Sterek as a relationship, as opposed to outing Stiles and/or Derek as queer, is that it has potential, but as of right now there is nothing substantial in the show to back it up. It would be great if the two of them got together, but there is no real evidence that it will happen. Again, I don’t think Sterek needs to happen. It drives me crazy when fans talk about how “obvious” it is that Derek and Stiles are in love when they share very few scenes together. However, although Sterek certainly has way less evidence then most other fandom ships, because the show’s creator seems more open to the idea, it ironically ends up having the most potential. At the very least I hope that Teen Wolf writers gives us more queer characters, even if they don’t give us Sterek.