Teen Wolf is back, and this week we’re continuing all the mystery from the last episode. Scott, Stiles, and Allison are all still struggling with the consequences of dying in the first half of the season, Stiles’s father is about to lose his job, Malia is still a werecoyote, and we left Derek and Peter off being tortured by an unknown assailant.

As our episode opens, we discover that Derek and Peter have actually been captured by a family of Hispanic hunters, who want to know where “la loba”, the she-wolf, is. Derek and Peter keep refusing to answer, even when threatened with being cut in half. The leader of the hunters, an older woman, and quite possibly the only female hunter we’ve actually seen in charge, saves them for their impending death. She asks them again where the she-wolf is—I assume she’s talking about Cora—and when they don’t answer, she cuts off one of Peter’s fingers and says she’ll only ask nine more times. 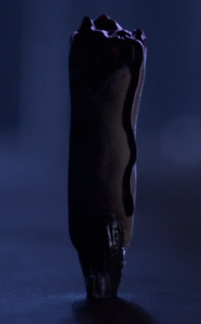 Also, if werewolves revert to their human forms when dead, why does Peter’s severed finger remain in wolf form?

I have to say that I was not expecting that at all. I don’t like Peter. I really wish he had stayed dead after the first season, but I think I like torture even less. That was the most shocking part of the episode for me, and I’m not sure at all how I feel about its inclusion in the episode. On the one hand, Teen Wolf is not shy to portraying hunters as being violent toward werewolves due to their prejudice against them. One the other hand, we’ve introduced a family of PoC villains, and considering how horribly other PoC characters have been treated on the show—Boyd’s death, Deaton being the mystical black man—I find myself a little concerned here.

But the scene does raise some interesting questions like: who are these hunters? And where is Cora? Cora came in earlier this season, and we still haven’t learned anything at all about her, like where she’s been for the past so many years.

Peter and Derek are both saved by Braeden, the girl who helped Isaac in this season’s opening episode and who supposedly died by Deucalion’s hand at that episode’s end. Now, Braeden is apparently working for Deucalion, who hired her to save Derek. Her reasons for this can be summed up as “a girl’s gotta eat”. I really like Braeden thus far, and I hope to learn a lot more about her. In her brief appearance earlier in the season, she became one of my favorite characters, so I’m excited for what this means for the rest of the season.

Upstairs, in the hunters’ house, Braeden, Derek, and Peter find a chest filled with mountain ash. As Braeden isn’t a werewolf, she isn’t affected by the mountain ash like Derek and Peter are and is able to go through the chest and pull out whatever it was that the hunters didn’t want the werewolves to have, which looks to be a container with the same markings Derek has tattooed on his back. 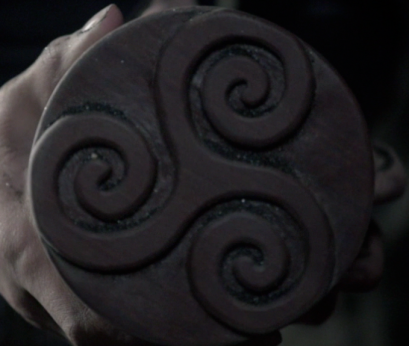 Meanwhile, while this is going on, Scott and Stiles are still out in the woods looking for Malia. They discover a cave that appears to be Malia’s, since it’s filled with her clothes and a baby doll that used to belong to Malia’s sister. Stiles calls his father, since the cave is a crime scene. Unfortunately, also tagging along is Scott’s dad and Mr. Tate, Malia’s father. And herein comes the main conflict of the episode.

Mr. Tate, unaware that the werecoyote is Malia, sets out to hunt her down and kill her in vengeance for his family. Scott, Allison, and Stiles then have to figure out how to save Malia from her own father while still dealing with their own personal demons because their “doors” are still open. If they cannot overcome what they’re going through, there’s a good chance that Malia will be killed.

Scott knows that he can use his abilities as an alpha to change Malia back to her human form, a form she hasn’t been in for eight years. Scott’s problem, however, is that due to his open “door” he doesn’t think that he can control himself if he wolfs out, and therefore won’t be able to help Malia. Additionally, Allison is still having trouble shooting, and now armed with a tranquilizer gun, she has to stop Mr. Tate from killing Malia, but she still can’t aim, and she only has a couple shots. Lydia and Stiles are also out in the woods looking for Malia, but Lydia steps into a bear trap that Mr. Tate set and needs Stiles to disarm it or her leg will be crushed. Stiles, however, still cannot read, and the disarming directions make no sense to him.

Lydia tells Stiles that he doesn’t need to read the directions because he’s smart and he can figure it out without them. Stiles pulls through and manages to save Lydia. Meanwhile, Isaac is with Allison, and when he sees her struggling to shoot Mr. Tate, he gives her emotional encouragement and tells her to breathe. Allison remembers that her new code is to help those who cannot help themselves. With this in mind, she manages to save Malia by tranquilizing Mr. Tate.

As Scott starts chasing after Malia, he finally gives into his werewolf side and tracks her down. He manages to retain control over himself—being his own anchor—and uses his ability as an alpha to revert Malia back to her human self.

Due to our heroes’ actions, the day seems to be saved. Malia is reunited with her father, the Sheriff’s job is secured, and Stiles no longer has trouble reading. Additionally, I think it’s safe to assume that Allison’s inability to aim and Scott’s fear of his werewolf nature are gone as well.

But this wouldn’t be Teen Wolf if something else wasn’t amiss. That night, a mysterious figure goes to the Nemeton and rips up a small sprout growing from its trunk. When this happens, fireflies begin to swarm out from Nemeton and join with some demonic-looking shadows, forming three ghost-like figures. I suspect whatever these things are, are tied directly to Scott, Allison, and Stiles, since there are three of them. Regardless, they’re creepy shadow-bug people, so they certainly can’t mean anything good.

All in all, I really enjoyed this episode and thought it was very well done—but of course there are some issues with it.

First of all, Stiles needs to back off and stop getting on Isaac’s case. I realize that Stiles is a bit of an asshole, but at this point in time, he has no reason to attack Isaac over his abused past or say that Isaac doesn’t serve a purpose. Hell, he even goes so far as to make fun of Isaac’s scarf. At this point in time, I’m wondering why Isaac is even friends with them, except for Allison, since both Scott and Stiles are uncharacteristically treating him horribly.

Additionally, I do not like the twins, and their reappearance this episode did not help endear them to me in any way. The first half of the season, they were villains, and thus far it has been implied that they’re trying to redeem themselves. When they come in this episode, the first thing they do is start beating on Scott, claiming that physical violence against him will help him gain control over his inner wolf. No, I’m sorry, while their intentions were “good”, I suppose, they still went about it horribly, and at no point during the episode am I left with the assumption that they are in any way trying to change. These two murdered Boyd in front of his friends; they need to do a lot more than attack Scott for his own good before I’m willing to accept that they’re trying to be better people.

My only other issue for the episode thus far is Kira. I still don’t know a lot about her at the moment, and I suspect that as the season progresses all that will change. Right now, she just seems like a convenient love-interest for Scott. I don’t mind if the two of them eventually hook up—hey, we’ll have an interracial couple that doesn’t involve a white person on a popular television show—but so far I haven’t been too happy with her character. She seems like a nice person who’s just lonely and wants friends, so I don’t foresee too many problems with her getting along with the rest of the characters. Additionally, she also doesn’t seem very judgmental, as last episode she overheard the other characters discussing something that had to sound crazy to an outsider, and this episode she still wants to help them—at no point in time does she appear to assume to think Scott and the others are “weird” or “off”, as a lot of people probably would have. So I do want to know more about her, but at this point in the show, I am worried that her character might fall flat.

Other than all of that, this was a good episode, and we’ll check back in with you guys next week.