Few people inspire more division and frustration in the geek world than Steven Moffat. Showrunner of Doctor Who and co-creator of BBC’s Sherlock, Moffat’s storylines and female characters have attracted plenty of accusations of misogyny. But Moffat refuses to acknowledge any problems with the way he handles his shows. It’s abundantly clear that he believes he’s a feminist… and I think he might be right. Although he probably doesn’t know it, I believe Moffat is a New Feminist. New Feminism is a flavor of feminism popular among many religious conservatives, arising from a supposedly “biblical” view of the sexes.

Most forms of feminism are about working to achieve social, economic, and political equality between men and women, particularly in the public sphere. This is the kind of feminism that got women the right to vote, own property, and get paid a fair wage. But as early as the 1920s, some women rejected many of the ideas promoted by suffragists, and instead worked to enact measures that would protect a woman’s role as mother. Some of these measures included family allowances paid directly to mothers, while others were protective laws, preventing women from doing hazardous or dangerous jobs. These laws failed to achieve the scope and efficacy their champions intended, partly because business owners chose to hire men rather than improve working conditions.

Today, New Feminism is popular among many conservative Christians. Its revival largely comes from the Vatican’s call for a “new feminism” that embraces complementary differences between the sexes. New Feminist Christians believe that God ordained natural roles for both men and women, equal in dignity but different in function. Men are natural leaders and protectors of their families, for which men are called to sacrifice. Women are nurturers, naturally better at social relationships and at recognizing the value of all people. While nearly all New Feminists would claim that a woman’s primarily role is to be a wife and mother, only some insist that women should have no role in public life. Many would see a mother with a job as a sad, but often necessary, evil. 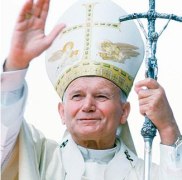 Catholics have been some of the biggest proponents of New Feminism. Pope John Paul II’s 1995 encyclical Evangelium Vitae asks women to reject a “temptation of imitating models of male domination” and claims that motherhood gives women a special ability to love and accept others and to promote human dignity. In Mulieris Dignitatum, he discusses a “feminine genius” that includes “empathy, interpersonal relations, emotive capacity, subjectivity, communication, intuition and personalization”, again all stemming from a woman’s primary “calling” to be a mother. So to recap, New Feminism is all about the idea that men and women are different but equally valuable, and that a woman’s primary way of relating to the world comes from her ability to be a mother.

So is Steven Moffat a New Feminist? I doubt he has the faintest idea of what New Feminism is, but I believe his recent work speaks for itself. One common complaint about Moffat’s female characters is that they’re all defined in some way by their relationship to a man. In a now-famous 2004 interview, Moffat said:

There’s this issue you’re not allowed to discuss: that women are needy. Men can go for longer, more happily, without women. That’s the truth. We don’t, as little boys, play at being married – we try to avoid it for as long as possible. Meanwhile women are out there hunting for husbands.

Even if we assume Moffat’s exaggerating here, it’s still obvious that on some level, Moffat believes most women naturally want to be in a relationship with a man. In New Feminism, women are defined by motherhood, and for religious conservatives, motherhood isn’t supposed to happen without marriage. Although it’s been ten years since he spoke the words, Moffat’s female characters really haven’t changed much.

Irene Adler and Molly Hooper are good examples of this. Both have romantic feelings for Sherlock, and these feelings drive most of what they do. Irene sentimentally makes Sherlock’s name the passcode for her phone, the key to her power and safety. Without it, Irene is captured by terrorists, only to be saved by Sherlock at the last moment. Moffat claims that this is a real win for Irene. The only way this works is if we buy into the idea that Irene’s emotions, and her ability to make Sherlock fulfill his “natural” role of male protector, are strengths. On the other hand, while Molly’s crush on Sherlock (her inability to do what Irene did) is played for laughs, Molly successfully gets Sherlock to apologize for being rude, impersonal, and callous. That is, Molly is portrayed as someone with such great empathy and “subjectivity” or “personalization” that she’s able to remind Sherlock that being cold and objective isn’t always the right course of action.

Doctor Who’s River Song and Amy Pond are also defined by their roles as wife and mother. We spend season-long arcs on these stories. River’s biggest arc climaxes when she marries the Doctor. Amy spends a whole season trying to decide if she’s really going to marry Rory, spends another season dealing with a mysterious pregnancy, and in her final season nearly destroys her relationship with Rory over her inability to conceive again. In a 2012 interview with The Guardian, Moffat talks about how he sees the two women:

River Song? Amy Pond? Hardly weak women. It’s the exact opposite. You could accuse me of having a fetish for powerful, sexy women who like cheating people. That would be fair.

Sexy? Sure. Cheating? Definitely. But powerful? This is the biggest sticking point with critics of the two characters. Again, the best way this works is if we assume that using feminine skills and getting a guy to fulfill his role as a great protector is power. Rory waits 2000 years, protecting Amy while she’s stuck in the Pandorica. Amy uses her intuition to work the computer in “Dinosaurs on a Spaceship” and uses her empathy and communication skills to reach out to Vincent Van Gogh in “Vincent and the Doctor”. It’s implied that River has had plenty of her own adventures, but the Doctor is always at her beck and call to save her whenever she needs it. It’s the same kind of “power” Moffat gives Irene and Molly.

But the clearest evidence for Moffat’s New Feminism is his 2011 Doctor Who Christmas Special “The Doctor, the Widow, and the Wardrobe”. In it, wood creatures identify Madge Arwell and her daughter as “strong” while her son and the Doctor are identified as weak. The creatures are looking for a “mothership,” so “strong” means female. Madge absorbs the life force of the forest, guides the ship through acid rain into the time vortex, uses her memories of her husband to get home (and guide him home to boot), saving the day. The mere fact that Madge is a mother is enough to give her the natural ability to save not only her family but an entire forest of creatures. In the same interview from The Guardian, Moffat comments:

While Moffat may not be a Christian or a conservative, it’s clear that he has some serious New Feminist tendencies. Moffat’s female characters are defined by their relationships with men, especially as wives and mothers. They have strong emotions and social skills. He believes his women are most powerful when they’re able to get a man to fulfill his “natural” role as a self-sacrificing protector. His female characters reflect his perception of reality, that women are most fulfilled when relating to the world in ways that stem from their capacity to be wives and mothers.