A small desert community where the sun is hot, the moon is beautiful, and the mundane is more awe-inspiring and wonderful than the magical horrors we see every day. Welcome to Night Vale. 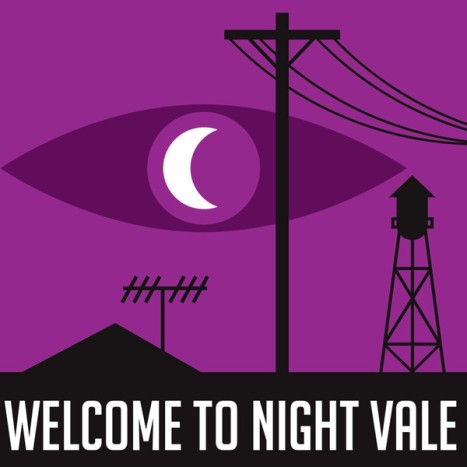 Welcome back, viewers. It’s time for another Magical Mondays, and today I will be discussing how the magical surrealist nature of Welcome to Night Vale’s storytelling actually makes the mundane things that we experience every day seem more magical.

One of the reasons we read fantasy is to escape. The fantasy genre is usually pretty escapist in nature, meaning that for a while, you experience something in the fantasy genre, either through a book or a movie, that lets you forget the worries or problems you have in the real world for a short period of time. You escape into another world, whether it’s Harry Potter’s, Middle-earth’s, or Night Vale’s. Even urban fantasy, which is often set in our world, usually has the theme of escaping to another world that most people don’t know about; such is the case with Holly Black’s Modern Faerie Tales series.

That doesn’t mean that the fantasy genre doesn’t deal with real-world issues, but it will often get us to reflect on those issues in a way that we can disassociate ourselves from, at least while experiencing the story. People may feel uncomfortable when a story doesn’t use allegory to deal with an issue. For example, 12 Years A Slave might be uncomfortable for people because racism is something that everyone has to deal with at some point in their lives. But taking a similar narrative on racism and making it about racism between dwarves and elves can get a similar point across, while still giving the reader some distance from his or her own personal experiences. 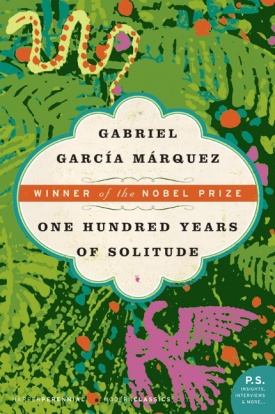 So now let me explain how Welcome to Night Vale forces us to focus on reality by using magic—but first, the weather.

Welcome to Night Vale makes the magical mundane and the mundane magical by drawing our attention to something weird and magical, but then focusing on the mundane aspect of the event so that we cannot escape or ignore it. The magical element essentially acts as a big blinking sign pointing to the mundane and inescapable element.

I think this is best exemplified by the Apache Tracker.

The Apache Tracker– and I remind you that this is that white guy who wears the huge and cartoonishly inaccurate Indian headdress– has announced that he has found some disturbing evidence concerning the recent incident at the Night Vale Post Office, which has been sealed by the City Council since the great screaming that was heard from it a few weeks ago.

He said that, using “ancient Indian magics,” he slipped through Council security, into the Post Office, and observed that all the letters and packages had been thrown about as in a whirlwind… that there was the heavy stench of scorched flesh… that the words written in blood on the walls said “MORE TO COME” and “SOON.”

Can you believe this guy said he used “Indian magics”? What an asshole.

Despite the stench of scorched flesh and messages written in blood, what our narrator, Cecil, makes us focus on is the Apache Tracker’s racism, instead of the numerous mysterious things that are going on. In other narratives, this could come off as heavy-handed, but Welcome to Night Vale escapes that

through its storytelling. In a world where the scent of scorched flesh and messages in blood is commonplace, what stands out are the everyday issues that every person deals with, whether or not they live in Night Vale. In fact, these issues stand out to the audience more, because they are juxtaposed with things that we never normally experience. So the real point that Night Vale is making is that all this magical weirdness is normal—but racism is not normal and shouldn’t be suffered. That’s a pretty strong message and a pretty clever use of juxtaposition. We aren’t supposed to be upset about strange messages in blood—we are supposed to be upset about how racist the Apache Tracker is.

Another instance where unnatural magic is used to pinpoint real world issues can be found in the form of Meghan Wallaby.

The School Board was also apathetic to petitions for a wheelchair ramp at Dagger’s Plunge Charter School, citing perilous struggle as one of the lessons children must absorb before the great culling – by which they mean the day-to-day complexities of adulthood. They might also mean a literal culling; we were all to frightened to ask follow-up questions.

The slumping, gray-faced board members, cowering beneath the Glow Cloud, also heard the request of Tak and Herschel Wallaby for a new school computer to assist their daughter.

“Our daughter, Meghan, is a detached adult man’s hand!” screamed Meghan’s mother at the pitiless Cloud. “We do not know where she came from or why she is only a grown man’s hand, but we know that we love her. She is teased so much at school for not having a body. Please, lift the ban on computing machines at the school, and buy a computer to help her communicate!”

What is strange about Meghan? In the world of Night Vale: nothing. Yes, she was born as a detached adult man’s hand, which again is weird enough to catch the listeners’ attention, 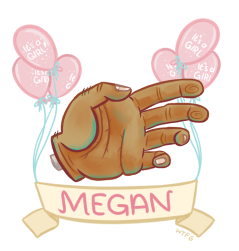 but what Cecil unquestionably focuses on is that a young girl is being denied access to technology that could help her communicate. By putting Meghan’s needing a computer in the same space as her parents’ petitioning for a wheelchair ramp, the writers put Meghan in the context of a disabled character. Furthermore, despite being a detached adult man’s hand, she is unwaveringly referred to as she. In in the space of one short scene, these magical elements point out ableism and promote the rights of trans people.

Now, Welcome to Night Vale isn’t just about pointing out heavy real world issues like ableism; the magical also forces us to focus on the less weighty mundane issues. In “A Story About You,” the story of you, the listener, is told, for some reason, by Cecil on the radio. This episode, out of all the episodes on Welcome to Night Vale so far, is the most mundane. The story simply follows you as you go to work, sit in your home, and go out to eat some pie, but all of that is juxtaposed with with you stealing one of the mysterious crates from work and constantly seeing a huge dark planet moving closer to you.

The knife presses harder against your throat, but it doesn’t hurt. Your eyes wander up and you see above you the dark planet of awesome size perched in its sunless void, an invisible titan all thick black forests and jagged mountains and deep, turbulent oceans.

You see it just above you. Maybe even if you tried very hard, you could touch it.

This has been your story.

A story about you.

And you were pleased, because you always wanted to hear about yourself on the radio.

All this crazy stuff is happening, but that doesn’t matter; what matters is that you finally got to hear about yourself on the radio. While this story doesn’t address hard-hitting issues like transphobia or racism, it does point out some of the beauty, or perhaps narcissism, in our own lives. Yeah, there are magical crates and scary planets, but you got to be on the radio! Isn’t that neat?

This same use of storytelling is applied to Cecil’s relationship with Carlos. In the episode “Orange Grove”, the oranges that John Peters—you know, the farmer—is selling are causing people to disappear. Cecil employs Carlos’s help to figure things out. The email Carlos sends Cecil perfectly typifies the use of the magical to point to the mundane.

Wait– uhh, I just got another email from Carlos, marked URGENT. He says:

“Cecil? Just talked to my team of scientists, who have [sic] investigating the House that Doesn’t Exist – the one in the Desert Creek housing development that looks like it exists; like, it’s right there when you look it and it’s between two other identical houses, so it would make more sense for it to be there than not – that one.

“They still have not gotten up the courage to go inside the house, but they did peek in the window and they saw John Peters – you know, the farmer? – they saw John sitting in a chair in an empty room, staring at a picture on the wall. They could not see what was in the picture, but John was sitting quietly, staring at it, not moving.

“They called his name, they tried dialing his phone, but he did not respond. They even knocked on the door…nothing.

“Whoever this ‘John Peters’ is, selling oranges and orange juice, is not the John Peters we know.

“Also, I take it back, I think we should go out to eat tonight. I tried to go to the store, but they’re completely out of pasta, tomatoes, herbs, scissors, fire, everything!”

Yes, John Peters is not the real John Peters, and yes, the oranges are killing people, but 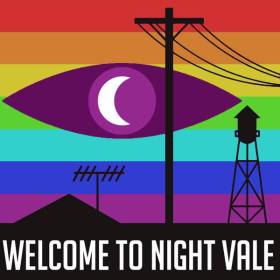 what’s important is that now there are no ingredients for pasta! With Cecil and Carlos you get a mix of both heavier and lighter issues through the storytelling. Throughout the series Cecil’s crush on Carlos is the focus of many scenes and even of some whole episodes. That the storytelling forces the listeners to focus on a gay couple is very telling, but simply pointing out the fun and excitement of a young couple in love is also enough to draw our attention away from deadly oranges.

What stands out in Night Vale is not underground cities or five-headed dragons running for mayor; those are commonplace. What stands out are horrible things like racism and ableism, or wonderful things like eating a slice of pie at your favorite diner, or going out to eat with your partner—all real things that we experience in the real world. Welcome to Night Vale does not allow you to fully escape reality, but rather uses the magical to force listeners to stare ceaselessly into the void of their own real world.

6 thoughts on “Magical Mondays: The Mundane and the Magical in Welcome to Night Vale”