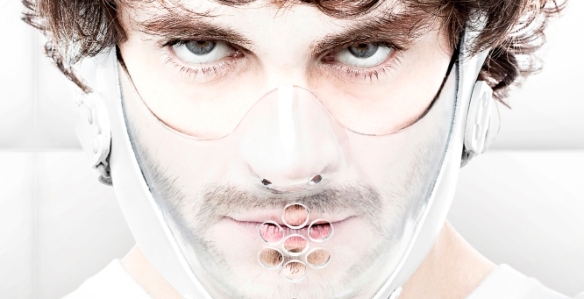 Today, Hannibal meets courtroom drama. Speaking of which, just a little before watching this episode, I re-watched the 2002 film version of the musical Chicago. If only Billy Flynn had been your lawyer, Will. You could have razzle-dazzled ’em, my friend.

Spoilers after the jump. Trigger warnings for: cannibalism, body horror, serial killers, gaslighting, etc. This show is not good for your health, people.

After a brief hallucination of Will flipping the electric chair switch on himself (yikes), we have some eerie symmetry going on as we watch Will and Hannibal both getting dressed in a nearly identical manner to get ready to go to court, over some Token Hannibal Classical Music. This show is making me have severe aversions to both eating and classical music, two of my very favorite things.

I never should have opened an envelope from Van Gogh Deliveries.

In the courthouse, Ms. Bitchy McLawyerpants, Esq. makes her opening statement that Will is super guilty, then Jack Crawford is the first witness to take the stand. He repeats for what has to be the one hundred zillionth time that maybe Will’s empathic gift was too powerful, and his psyche too weak, and that having him go out in the field so often was a bad idea, one that may have ultimately pushed Will over the edge. Will’s attorney, Mr. Sleazy McLawyerpants, Esq., is excited, saying now it will be easier to sell sympathy for Will to the jury. His advertising analogy is cut short by the untimely arrival of a human ear via courier envelope. Awkward.

Jack and Hannibal talk; Bella, Jack’s wife, hasn’t died of her terminal cancer yet, and Jack is thinking of taking her to Italy, to let her live out the rest of her days where they first met. Back at the lab, it’s revealed the ear from the courthouse is fresh; good news only in that Will obviously couldn’t have done it. However, it turns out that it was his knife that was used to sever the unidentified ear, and when they trace the chain of evidence, it points back to the bailiff of Will’s trial. When they go to check out this man’s place, they are greeted by a fiery explosion. A strange discovery is made—the bailiff himself has been inflicted with all of the wounds of the murders attributed to Will: mounted on a stag’s head, Glasgow smile, ear cut off, and burned to a crisp. Hannibal brings the case files to Will, who works his magic and deduces that it is not in fact that same killer who committed all the murders he is being charged with. Hannibal says he should lie and put the blame for all the murders on this copycat.

Seriously, what is up with that hat, Freddie?

Back in court, Freddie Lounds reappears in all her film noir-esque glory as witness #2. She is definitely in the “Will-Graham-is-a-cannibalizing-murderer” camp, though her credibility is questioned when her cross-examination reveals she has been sued for libel six times. Dr. Chilton is next to be called to the stand, where he gives a pretty damning testimony regarding his professional opinion on what he basically says is Will’s unique brand of psychopathy. Alana was meant to be the next witness, but her support of the unconsciousness defense has been pushed to the side in favor of framing the copycat for the original murders. Hannibal takes the stand in her place. However, it’s all moot, as this new defense is ruled inadmissible by the judge.

I think anything this creature says would be inadmissable in a court of law.

Ugh, just when I thought we were gonna maybe get through an episode without too much completely jaw-droppingly horrifying scenes of gore, we find the next day that the judge has been murdered and “put on display”, as killers on this show just love to do. The top of his head is missing, he is blindfolded, and his heart and brain rest on scales, in a mockery of traditional depictions of Justice. Cynthia Nixon (her character has a name, but she’ll always just be Cynthia Nixon to me) somehow takes this moment to once again make Jack feel bad about supporting Will. Back in the asylum, Will is back in his cell, where he has a gratuitous vision of das Ravenstag. Are we sure his encephalitis is under control? Because he sure seems to still be hallucinating a good bit. In the final scene of the episode, Alana visits Will at the asylum. They are still unsure about this new copycat killer and his motives; Will says the killer wants to know him. Alana is adamant that her main intention is to save him, and they hold hands. Aww.

So, I don’t know about you, but I think the copycat killer is Hannibal himself. He was trying to create a defense for Will by making the possibility of another killer whom they could frame for all the murders. Good ol’ Hannibal, he really knows how to show he cares. The preview for next week shows Will Graham and friends moving closer to the uncomfortable reality that not only is Hannibal the Chesapeake Ripper, but also that he is *spoiler alert* eating his victims. Shocker. It is strange seeing it take so long for the characters to figure out something that pretty much every viewer knew before they even started watching the show, but I guess it’s a nice reversal in a way, since usually with TV shows the audience is in the dark about big mysteries that the characters know.

All in all, this was probably one of my favorite Hannibal episodes. The courtroom scenes provided a nice change of pace for a show that can become quite formulaic at times. The time in court also served as a sort of recap for the events of the first season as attorneys and witnesses discussed the case. In addition, the courtroom was a welcome alternative to the messy, exceedingly disturbing crime scenes usually seen on the show… until at the end of the episode it became one of those crime scenes. Sigh. My one criticism of the episode is one I have for Hannibal in general: characters seem to spend hours spouting long lines that are in effect just repeating thoughts they’ve already said before. Yes, Will, we know you think you’re innocent and that Hannibal did it, but your brain is too fried to remember. Yes, Jack, we know you feel really bad about putting Will out into the field. Yes, Alana, we know you have great concern and compassion (and maybe some unresolved romantic feelings) for Will. Cynthia Nixon has only been here for three episodes, and she’s already sounding like a broken record berating Jack. Repetitive dialogue episode after episode can make the story arcs seem to drag on forever.

After Law & Order: Hannibal, do you think the rest of the season will be back to business as usual? Let’s tune in next week and find out.

The food (and drink) is people moments: one? Is every liquor Hannibal provides human-based?
Swiggity Stag sightings: two (one being the humanoid version)
“This is my design”: one
Fishing in the river visions: two
Dr. Du Maurier appearances: none 😦 Last week’s episode solidified my love for the good doctor, and I now wish half of every episode was devoted to her.

Gillian Anderson is like a fine bottle of wine: I want to keep her in a special place in my cellar. I mean, she gets better with age.