Recently, I was watching season six of The Guild on Netflix, and at one point two of the characters briefly discuss what the worst power would be. They settle on being super-stretchy, but in my opinion, they are wrong. In sci-fi or in fantasy, the worst power will always and forever be seeing the future.

Whether a character can see the future due to a mutation or for some magical reason, one thing is certain: things don’t work out for the person who can see the future, and they usually wind up dead or insane. For the sake of this article I will only be focusing on the magical seers, fortunetellers, and clairvoyants and why things just tend to work out so badly for them. 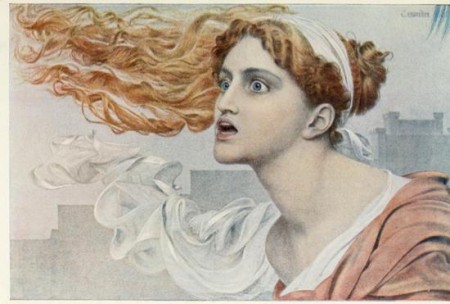 One of the oldest myths about someone who can see the future is Cassandra from the legend of Troy. Many of you probably already know that Cassandra warned about the impending danger that Troy was going to face and tried to stop it, but no one believed her. Cassandra’s pleas were ignored, not because she was a woman, but because she was cursed. Cassandra was given her gift to see the future by Apollo, who, despite being very attractive, could not get laid. I’m assuming this was because he was kind of a douche (imagine him with a chin beard and wearing a fedora, for a modern example). Apollo, in his desperation to get some, promised Cassandra the ability to see the future if she would have sex with him. Cassandra agreed but asked for her powers first. However, after Cassandra gained the ability to see the future, she refused to sleep with Apollo. Apollo for some reason didn’t just take the powers back; instead he laid a curse on her so that no one will believe her prophecies.

This myth seems to have set the tone for the rest of fantasy-writing history, dooming pretty much any character with the ability to see the future. Not all characters are specifically cursed like Cassandra is, but seeing the future is no gift, and there are a variety of reasons as to why.

One possibility is that characters see the future, but they don’t know what events need to occur or not occur to make this future happen. A good example of this is Lydia from Teen Wolf, who, though not a true seer, does know when someone is going to die (which is even worse, if that’s possible). In the most recent season of Teen Wolf, Lydia is kidnapped. She knows that someone is going to die, but doesn’t know who or even how it’s going to happen, and warns her friends not to look for her. But, being the heroes of the story, they of course do. She can’t warn the specific person who is in danger, nor can she tell them to keep an eye out for the thing that will kill them. Furthermore, even if Lydia was able to warn one specific person about their death, then Lydia’s warning could somehow cause their death, or even lead to the death of more people. But inaction with this type of seeing the future doesn’t help either, because it could also be Lydia’s inaction that gets someone killed. The problem with this type of prediction is obvious: you know what is going to happen, but you have no means of knowing how to stop it, and your action or inaction could lead to the terrible thing happening to begin with. 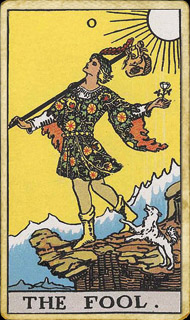 Matthew’s powers are associated with the Fool card in the tarot.

The future is fluid, which, for a character who can see the future, is even worse. Which leads me to my next point. Another type of clairvoyance that shows up in fantasy is the exact opposite of the one I listed above: someone who sees so much of the future they literally go crazy from it. In Kresley Cole’s popular book series The Arcana Chronicles, the character Matthew can see the future, but he sees every possible future, as well as every choice that the other characters make that lead to those futures. Obviously this is hard for anyone to process and it makes Matthew go crazy. He still seems to know everything that is going on, but his madness means that he has a difficult time communicating with the characters, and often, what he is telling them doesn’t make sense until after it happens.

Finally there are the prophets who see the future pretty clearly, but they don’t remember the prophecy they spoke at all, which of course has its drawbacks. Professor Trelawney from the Harry Potter series is the classic example of this type of prophecy. She has had at least two successful prophecies, but she has no idea she ever even spoke them. It’s pretty helpful that her only two correct prophecies were actually witnessed by someone, because otherwise Harry and Dumbledore would be shit out of luck. And that’s the drawback here: while this type of seeing the future tends to cause the person seeing the prophecy less distress, they are pretty unhelpful unless someone is always with them to document their predictions. 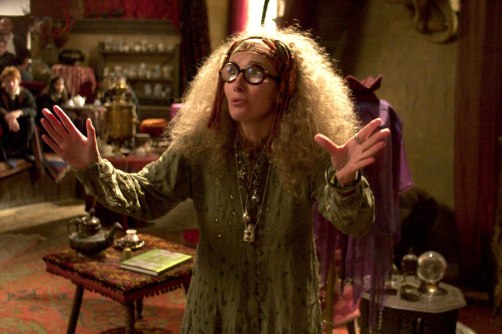 So now you can see why seeing the future sucks. I can barely plan out my day, let alone plan how to stop some awful event in the future, and that’s if I’m not too crazy to try, or if I remember to try at all. Obviously none of the characters I mentioned are cursed by the gods, but it makes sense for writers to show seeing the future as something pretty awful. Mentally it would be a hard thing for even the smartest and most capable person to deal with. In general, I think writers describe seeing the future this way because it’s human to worry about the future, and we speculate that, if we knew what was going to happen next, then we would be less afraid. But what these characters do is show us that we wouldn’t be less afraid. If anything, we’d be more afraid than ever, and I think that’s what makes these characters so compelling.

1 thought on “Magical Mondays: Your Future Will Always Suck if You Can Predict It”