More footage for the new Super Smash Brothers was released the other day. It was completely full of hype, and I would be lying if I denied how excited I was. All of the characters looked cool and badass and everything looked good… except for Samus. For some reason, Zero Suit Samus (an armorless version, focused on speed) was wearing high heels. Cue some questions.

There’s been a lot of talk about women dressing inappropriately in battle in video game settings. I won’t criticize a female character for wearing a costume that fits her character and circumstances; however, it’s pretty easy to see that some clothing isn’t fit for actual fighting. Some choices leave obvious weaknesses and a real lack of protection. This has been discussed to death as far as chainmail bikinis and “boob windows” are concerned. If these appear in a character’s design, the audience can tell that the art team was more concerned with sex appeal than practicality. We often expect to have women act as sex objects even when fighting, which is a gross idea.

My point stretches a little past this into what’s appropriate on a character basis for armor. For example, wizards and mages tend not to wear much armor in favor of more majestic outfits. In this case, a female wizard character wearing a skimpy outfit could still be problematic, but she wouldn’t necessarily be out of place with a smaller amount of armor. Warriors, however, should be heavily armored no matter the gender. This, I think, is the heart of the problem. It’s not that women shouldn’t be attractive and in control of their sexuality. It isn’t even bad for a character’s design to be based on physical attraction. It comes down to whether the costume makes sense for what she/he is doing. A skintight body suit may lend itself to fanservice-type ogling, but the characters who wear them are normally oriented for speed and agility. But you know I’ve been told is not good for speed and agility? High heels!

To return to my point with Super Smash Brothers, this mostly comes down to consistency. For example, Princess Peach wears heels and a fancy dress. While this isn’t better for battle, it’s also not an arbitrary choice; this is the costume we know her best for. The same goes for the Wii Fit Trainers being barefoot in yoga clothes. These are their themes, and it can be explained why these characters were dressed these ways originally. But Samus in her Zero Suit doesn’t need high heels for any discernible reason. It’s understandable that she could use a jet booster of some sort, but this doesn’t seem to be the optimal way to implement that. The heels seem to be a remnant from the Other M game, which was also criticized for sexism.

From what I, and many fans, can guess, this choice seems to be a nod to Bayonetta, as she was also a gun-toting woman with heels. Bayonetta 2 is going to be a WiiU exclusive, and this could be Nintendo’s way of showing homage to the character without including another third party character. But this comparison is awkward, as Samus and Bayonetta are two drastically different characters with little in common other than being women who defeat a lot of enemies. Additionally, sexuality is a theme in the Bayonetta series, whereas the Metroid series isn’t about that at all. Consistency is important again here. 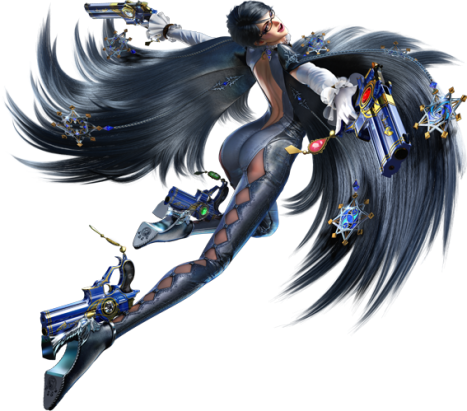 Combat heels seem far too commonplace, despite not being an ideal choice for running or traversing many surfaces. In a situation that requires mobility, heels wouldn’t aid their wearer at all. A similar complaint was raised in regards to the long fall boots in Portal 2 as they are reminiscent of heels. In my opinion, this isn’t completely analogous. In Portal 2, the boots seem like they’re used to keep the user in a running, arched stance. As evidenced by some of the promotional trailers, the boots allow and promote mobility for the user. If this was the case for many heels, the situation would be completely different.

Choices in design call into question how developers want to portray their characters and how they feel about them. In the case of putting so many characters in heels, it starts to feel like the developers aren’t taking these characters seriously as combatants and don’t consider them equal to their male counterparts. In this sense, I believe more sensible shoes would help give our female characters a more equal footing.