Back in February, we covered the news about the Supernatural spinoff. A few months on, it changed its title to Bloodlines, and last night it launched itself at our TVs in the most episodic and dull way possible. Supernatural Season 9 was finally getting somewhere, plot-wise; did they have to devote an entire hour to this? I can’t even be bothered to give “Bloodlines” a letter grade—it just gets a “meh” from me.

Spoilers, if you’re concerned, below the jump.

There’s not too much to say about the episode itself—it runs like a fairly standard pilot episode, and every pilot episode tends to have some clunky info-dumping and clichéd character introduction, no matter how much I wish they didn’t. We open on Chicago with our erstwhile hero Ennis, whose father was a cop killed in the line of duty. He’s about to propose to his girlfriend, Tamara, by putting the engagement ring in a glass of champagne, so already the audience can see he’s not the most creative of folks. The waiter, too, scoffs at this decision, and Ennis, offended, takes himself and Tamara out of the restaurant and onto the sidewalk. Then he pulls out the ring box and begins his proposal—only to be interrupted by a man who rushes out of the restaurant and falls bleeding to the ground. 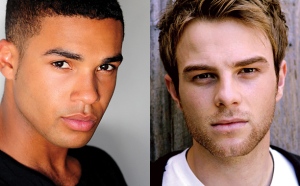 Ennis screams at Tamara to call 911, and tries to save the man. But then a guy with claws runs out of the restaurant, throws Tamara against a wall (which kills her, obviously), and kills the man on the ground. Then: fade to opening card!

Our second hero is David Lassiter, a shapeshifter, whom we meet when he nonchalantly shifts into his college professor in order to steal the answers to his final exam from the professor’s office. So here we have our devil-may-care free spirit (with, as it later turns out, the tragic broken heart). Yay. David’s cheating is interrupted by a phone call from his sister, who tells him that their brother, Sal, has just been killed, and he needs to come home immediately. It turns out that Chicago is ruled by five monster families, and David’s family, the shapeshifters, are chomping at the bit for any opportunity to fight the werewolves. Despite the fact that his brother was killed by a clawed creature, David doesn’t think that a werewolf killed Sal, and he’s determined to solve the mystery of who did before his sister Margo plunges the whole city into war.

Ennis and David meet when David shifts into a friend of Ennis’s to interrogate him about the creature, and Ennis confronts David with a silver bullet that he found hidden in a box of his dad’s things. There’s some more talking, investigating, fighting, and oh, the Winchesters are there to tell Ennis not to hunt monsters because hunting them leads to going-on-ten seasons of an increasingly subpar show. The one interesting twist came when the gang discovered that it wasn’t a monster who killed Sal and Tamara; it was a human father who wanted revenge for the death of his son (he’s convinced it wasn’t “a wild animal” like the police told him). Of course, after that, we find out that Ennis’s father might still be alive, as he left Ennis a voicemail telling him not to hunt monsters. Hm… a dead girlfriend… a missing parent… where have we seen that before? 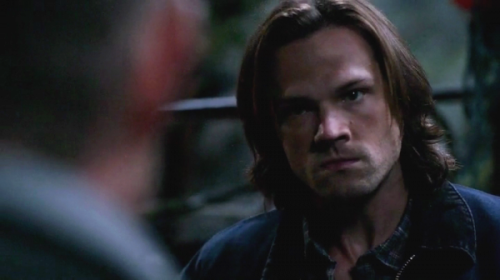 I have noooo idea.

As a pilot episode, the plot is fairly average, and the characters are uninteresting, which I’ll get to in a bit. But as a spinoff, we have to consider where Bloodlines is going to fit in in the greater Supernatural mythos. Sam and Dean are conveniently called away by Cas, who has supposedly hunted down Metatron, but they say they’ll send some hunters Chicago’s way and remind Ennis once more not to get involved with monsters before they Impala off. Yet we know the Winchesters have been to Chicago before (notably to find Death, although there may have been other times). One assumes the monsters have been there for an incredibly long time to have so entrenched themselves. Did the so-called greatest hunters on Earth just never notice them? Perhaps because there were so many monsters, they were unable to clear them all out of the city, but Dean still shouldn’t have sounded surprised to find out about the monster families. (As an aside, I would have loved it if David had yelled “I’m not getting in a car with the Winchesters!” at some point during the episode. The Winchesters have got to be infamous in the monster community by now.)

Supernatural is a show about capital-f Family, when it’s not about Sam, Dean, and misogyny, so in order to differentiate itself from its parent show, Bloodlines needs to do something different. But Bloodlines doesn’t seem to know what that something different is. Andrew Dabb, who wrote the pilot, gave two quotes to two different news outlets—one saying that the show was really about power, and the other saying that the show was really about family. And a show can certainly have more than one theme, but a spinoff always needs to start out with a strong sense of identity in order to show that it’s not just a hack job created for monetary gain. Dabb’s confusion right out of the gate seems like a misstep that tells us Bloodlines doesn’t have a clear idea how it will set itself apart from Supernatural, or indeed, from any other show currently on TV.

Speaking of the misogyny, though, the Bloodlines writers are aware that Supernatural has a bit of a problem there, and Dabb says that focusing on women characters is really important to them. From the earlier interview:

The more times you say it, the more it must be true, right? If that wasn’t enough, there’s yet another interview where Dabb insists that “everything [the female characters] do will not be a reaction to a guy”. But the fact remains that Supernatural is about two brothers and their male-vesseled angel friend, and Bloodlines looks to be about a male cop and a male shifter having Chicago-flavored shenanigans. If they really wanted to focus on women, they would have made at least one of those lead characters female. As it is, the female characters we do get aren’t that great, either: David’s sister Margo is a one-note villain, hungry for power and destruction; David’s ex-girlfriend Violet is a timid, passive werewolf who’s so internalized her pack’s misogyny that she even at one point calls herself a bitch, and not in the reclamatory “I’m a bad bitch” way.

David and Violet look like two white cishet people from wealthy families, so forgive me if I’m not too moved by their plight.

And of course, Ennis’s girlfriend Tamara was fridged so that Ennis could go off on manpain-filled adventures. All of the female characters could easily be defined by their relationships to the men, as I just did. Violet and David’s romance isn’t even creative or heart-rending: they’re told to stay apart for the sole reason that the families don’t think that a werewolf and a shifter should be having relations, but like, Romeo and Juliet was written in the 1500s, guys.

It’s not that a Supernatural spinoff couldn’t work, and the idea of a monster mafia is interesting, even if I’m concerned about how it’ll hold up to the Winchesters’ constant reiterations that monsters aren’t people. Bloodlines will most likely show monsters acting like, well, humans, and we don’t really need to think of Sam and Dean as any worse than they already are. In recent seasons of Supernatural, the show has featured more and more sympathetic monsters in one-off episodes, which is to say: why couldn’t the spinoff have been about any one of those characters? Keep the monster mafia and have Kate from “Bitten”, a werewolf, stumbling into it; have Krissy Chambers and her junior hunter gang stumbling into it; have the fairy Gilda (and Charlie and Dorothy at that); use Garth, use Jody and Alex, use Kevin and Linda Tran; hell, use Cas—the show certainly isn’t using him. David and Ennis aren’t new or interesting, and Bloodlines will undoubtedly suffer for it.

What did you think of the backdoor pilot? Let me know in the comments.

4 thoughts on “The Road So Far: “Bloodlines” Review”