Some time ago, a friend asked me a question: how do you define masculinity? I paused, as this wasn’t something I ever put much thought into, and then responded that I didn’t actually know. The friend then commented that it was dangerous for men of color to try to fit into a white stereotype of what it means to be a man. Essentially, the way media perpetuates these aspects is harmful to the way both men and women view themselves and is especially harmful for men of color. As someone who believes that fiction especially reflects and shapes our society, this obviously gave me a lot to think about. Media is, for better or for worse, often a soapbox from which authors can talk about what they think our world is or should be. In this way, I feel like the stereotypical idea of masculinity is hurting us all.

The internet has recently been pointing out that masculinity must be fragile if it can be shattered by any kind of notion of femininity. (Like in this Summer’s Eve commercial.) I have to wonder if this is because of how ill-defined it is to begin with. So much of media teaches us that the main way to be manly is to be powerful, strong and stoic. But this isn’t a specifically male trait. Black Widow and Storm are strong, but no one questions their femininity for it. On the other hand, why are certain traits considered feminine, like being caring or nice? The main reason that I question masculinity is because many of its associated traits are only artificially gendered. Being stoic, brooding, and invulnerable has been coded as “masculine” in our society. Asking for help or showing weakness is prohibited. The media wants to protect this idea of strength.

Geek culture has this issue where we have to reassure masculinity in everything. It’s why everything needs a “bro-form”; you can’t just be male My Little Pony fan, you have to be a Brony; or, you can’t be a male fan of Frozen, it has to be Brozen. Furthermore, even in fiction our heroes have to counter traditionally unmanly interests (i.e.: book learnin’) with traditionally masculine behaviors. Tony Stark can’t just be a genius—as intelligence isn’t tough—he must also be a huge jerk and womanizer. I wrote before about how female characters don’t get to play the jerk role. On the other side of that coin, male characters don’t often get to be gentle or pacifistic. These and other characters are criticized for not fitting in line with typical masculine stereotypes. Lady Geek Girl wrote about this last year, and the issue is still relevant. It’s understandable that creators may want to reassure consumers that their characters are manly-men to appeal to the male audience, but if that is the rationale, it is a shame that we are requesting such a rigid idea of masculinity.

This is problematic because not everyone fits perfectly into any specific gender role. It’s not about identity, but how society dictates we act based on gender. When media dictates confining definitions, it may belittle the experiences and feelings of the audience. For example, as a Black man, my personal experience has always been met with some friction. I grew up in a rural area where manliness was often defined by large trucks and hunting. Much of the music surrounding me reaffirmed this stereotype… but it never seemed to be the path I wanted to follow. This is why we need a more broad range of characters shown in a positive light. 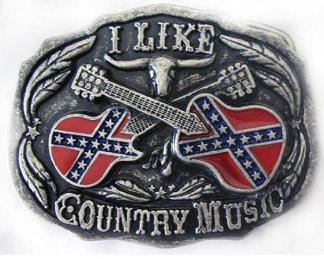 Something about this made me feel uneasy…

This leads to my second criticism of modern masculinity: whatever it actually means, it’s different between cultures. For so long, what it meant to be a “normal” man has been determined by straight, white, cisgender men. This is the point my aforementioned friend wanted me to notice; highlighting that Black men aren’t much like Rambo appearance-wise, and possibly not motivation-wise. In general, our feelings of manhood don’t exactly align the same way. Or for another example, the way toughness is depicted in American cartoons versus Japanese anime is drastically different. Or one can compare the Old Western genre with Asian martial arts genres. With varying standards, one may expect more broad definitions.

I recall having an issue with Dragonball Z for this reason. In the anime, the warrior race, Saiyans (often derogatorily referred to as monkeys), powers up and gains blonde hair and blue eyes, becoming Super Saiyans. It is difficult not to see some implications with this. To me, this reinforced the mentality of white masculinity being the default and “correct” way. (At least this is how I interpret it as a Western viewer.) But this may not actually feel correct to many viewers. I think this is why some fans often joke that characters like Piccolo from Dragonball Z and Charizard from Pokémon are the “Black” characters, even though neither of them are human or technically coded as African/African-American. Their mannerisms tended to go along more with what we found cool. Yes, they’re strong, but they carried a more reserved tone. They tended to be loners, but loyal. In essence, they were reflective of our experiences. Having to find role models in characters that aren’t human does have a negative effect on men of color. Since many shows lack positive characters of color, the audience will find their role models elsewhere. I find this telling of the confusion of cultural masculinity.

Again this is a problem because it compounds that confusion of where a fan really sits with their identity. I’ve written before on the importance of seeing characters like yourself, and I think that point is just as important here. Coupled with white masculinity being the dominating culture featured in media, it’s harmful to grow up seeing many of your heroes enforce the attitude that you’re different, or shouldn’t be part of the group. This was especially true for me. Overall, this is an issue that affects everyone. When young boys grow up with a skewed and flimsy ideal of masculinity, they may lash out against other boys that don’t fit that mold and even women who may not subscribe to the media’s brand of masculinity. I think we all deserve better than that. 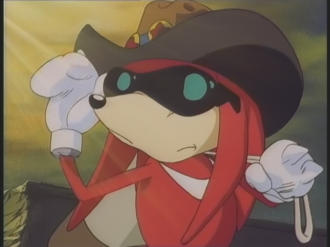