In recent years, nostalgia has been a driving force in the geek industry. Reboots, remakes, and old properties have dominated sales to a considerable degree. This is interesting, but a lot has already been said about why we feel nostalgia (and here, via Science Friday). I want to focus more on how this effect is important.

Nostalgia is really relative, and that’s what makes it cool. Recently, Nintendo announced remakes for Pokémon Ruby and Sapphire. To fans of the series, this seemed inevitable as the previous two generations had already been remade. But, as companies are unpredictable, the announcement was still a surprise and caused a great uproar among fans. However, for me, this news fell almost completely flat; I was never a fan of that generation of Pokémon despite many of my peers enjoying it as one of best games in the series. This is most likely where nostalgia kicks in. For them, this game reminds them of their childhood to some degree, whereas I’m reminded of that age when I thought I was “too old” and “too cool” for Pokémon before my nostalgia kicked back in for Diamond and Pearl.

We all had our “cool” phase.

I think this supports how powerful nostalgia can be as a deciding factor in many of our choices. Much of geek culture has at least a passing familiarity with Pokémon, but an individual’s preference varies greatly. Whichever Pokémon game a person plays will always hold a special place in their heart, but since all the games are made from the same basis, it is easy for fans to relate to the series and jump from game to game. Because of this, Pokémon is a great example of how people want to share their nostalgic feelings with other fans, without the barrier of age or entry into the fandom.

Furthermore, I think the nostalgic feelings we get, even in association to a series, are more powerful. I have a confession: I never watched Power Rangers when I was younger. It was just never on my radar. But for some reason, the recently announced Power Rangers movie coming out greatly excites me! In addition, just hearing the theme song gets me excited and overwhelmed with 90’s kid hype. I think this is because of how awesome my friends made the show sound; so everything about it was supposed to be cool because someone else thought so. It was the enjoyment that I shared with friends that left a lasting imprint. In this way, community is arguably one of the most important parts of geek culture. For example, I remember hearing arguments about which Power Ranger was someone’s favorite during my childhood. I couldn’t contribute, but that excitement translates from fandom to fandom.

This excitement is the driving force behind a good portion of media consumed today. More than just reboots and remakes, many of the new properties being created have a nostalgic or “retro” feel to them. Shows like Adventure Time and Regular Show tend to give many young adults the same sort of excitement that cartoons from their youth provided, so much so that a video by the PBS Idea channel questions if this is Adventure Time’s main strength. This makes sense, though, as many content creators of this generation grew up consuming geeky media their whole lives. Instead of having to invent the genre, they were able to refine it and fix some of its flaws. They have been able to really find the core of what makes something enjoyable. More importantly, they were able to keep what worked, and tune it more to the tastes of what fans want rather than what corporations say they want. On the other hand, corporation-directed reboots of nostalgic properties tend to feel soulless and obnoxious because they are built to appeal to as wide an audience as possible. By trying to appeal to too wide of an audience, they may fail to resonate with the property’s original audience. 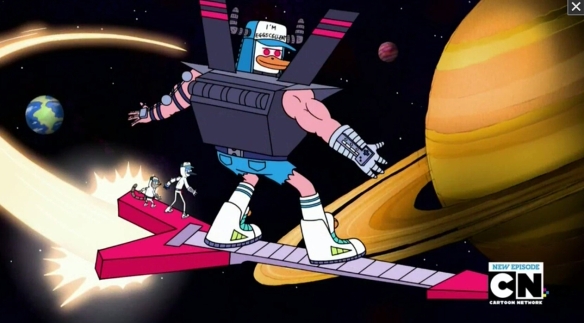 All in all, the power of nostalgia has a created a whole subgenre of retro-feeling content. For instance, more and more shows and games have old-school art styles and chiptune (music resembling old video games) soundtracks. These styles are simple and appealing enough that they can bring in both young and old fans, which proves an important point. The underlying styles are not niche, but appeal to a wide range of consumers. If a creator wants to stage a successful project, it is easy to find an available audience that probably aligns with their own interests. Additionally, this is extremely useful for fans. In modern times, there is a seemingly infinite amount of consumable media. Relying on suggestions from peers with similar interests is almost crucial in finding enjoyable content.

Lastly, I want to reiterate the importance of community. A large part of enjoying nostalgia is discussing old media with friends. Nostalgia, again, can be the common link between fandoms that lets the members become friendly rather than fight with each other. This, of course, gets more fans invested in more properties, sure. But more importantly, drives home the idea of community. We all just want to enjoy what we like, and a strong community promotes inclusiveness. If nostalgia is another force that helps that along, I’m all for it. 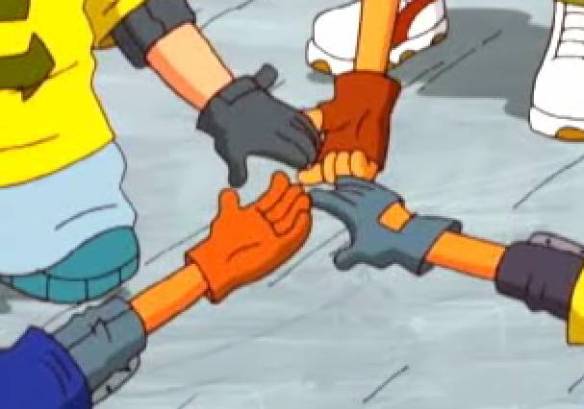 1 thought on “Nostalgia as a Driving Force”