A few weeks ago, Lady Geek Girl wrote a nice article describing the precarious position of witches in current pop culture media. Witches only finally started to reach some level of acceptance (still a work in progress, that’s for sure) largely thanks to the enormous expansion of the religion of Wicca in the past fifty years or so. This led to a curious occurrence: witches weren’t just in fairytales and fantasy books anymore; they were bookstore clerks and nurses and teachers too. It opened the doors for the possibility for modern people to reclaim and identify with the word “witch”. We can see other seemingly outdated or maligned words being used by contemporary folk, from druid to heathen to shaman (though words like sorceress and wizard seem to be lagging in popularity), but I would argue none to quite the degree of “witch”. So while I believe that Wicca was a large—I would say the primary, in fact—reason for the modern reclaiming of this word, I think it is inappropriate to treat “Wiccan” as a monolithic synonym for “witch”. There are simply too many witches out there who are not Wiccan.

Not actually a Wiccan.

I would say things clearly went out of control when we got a superhero who was codenamed Wiccan. Magic-wielding Billy Kaplan of Marvel’s Young Avengers originally went by the codename Asgardian before he came out of the closet and the creators decided that it would be too easy to make a gay pun out of it (Asgardian… Ass Guardian, get it? Yeah, I’m gay and I highly doubt I ever would have thought of that if the characters hadn’t been the ones to point it out). Aside from the sheer ludicrousness of this codename (do we have heroes codenamed “Christian” or “Buddhist” or “Presbyterian”?), there is the awkward minor detail that Billy is not actually a Wiccan. The pagan deity Loki even calls him out on it. Using magic does not automatically make one a Wiccan, just like praying doesn’t automatically make one a Christian, because Wicca is a distinctive, bona fide religion. Wicca is a modern expression of concepts drawn from pre-Christian, indigenous European paganism, particularly that which was found in the British Isles and Celtic lands. 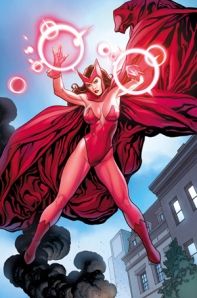 Today, Wicca has become rather broad in scope, expanding greatly from the original British Traditional Wicca of Gardner and company, which had more dogmatic stances on belief and hierarchical initiation system, but there are certain common threads that set Wicca apart. Some of these are ritual characteristics, like making of sacred space prior to ritual work, typically via invoking the God and Goddess and calling the four elemental quarters. Central characteristics of Wiccan belief include: an utmost reverence for nature, since nature is seen as a primary manifestation of the Divine, and belief in some form of gender polarity in the Divine, often expressed through a duotheistic worldview of a Goddess and God—a sort of divine couple—and/or a great multiplicity of goddesses and gods who are extensions of the Divine Feminine and Divine Masculine. Wicca is typically linked to a set annual holiday cycle of eight Sabbats that comprise the Wheel of the Year, and of course, Wicca is also known for including the practice of magic. 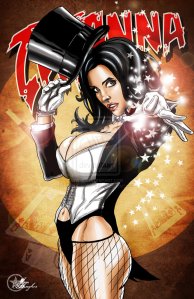 REALLY not a Wiccan.

The most famous definition of magic (or “magick” as many practitioners like to spell it to differentiate it from stage magic) for modern spell-casters of various stripes comes from Aleister Crowley (who was certainly not a Wiccan): “the science and art of causing change to occur in conformity with will”. Notably absent from this definition is anything about religion, and while Wiccan magic is often seen as a form of communion with nature and/or divinity, this does not preclude people from other religions or no religion at all from attempting to “cause change to occur in conformity with will”, whether through sheer psychic energy/force of will, or though invocation of a variety of deities/spirits/entities. Wiccan magic is ideally performed to enhance personal growth and well-being of self and others through blessings, protection, and healing; it is not about blatantly defying the laws of nature through levitation, transmutation, or generating fireballs and blasts of magical energy. Except that’s what television would have you believe.

Willow Rosenberg from Buffy the Vampire Slayer is probably the single most famous pop culture witch in modern television. Her name practically is synonymous with “witch” in the geekdom collective imagination, but is she Wiccan? Hardly. Revering nature and celebrating seasonal festivals? Nope. Classic fantasy magic, including teleportation, levitation, energy shields, and so forth? Yep. The only time actual Wiccans were shown on Buffy was briefly in a scene about a campus Wicca study group during Episode 10 of Season 4, the critically acclaimed “Hush”. They were shown to be vapid mockeries of feminist spirituality, with no interest in “real” magic (you know, real important stuff, like levitating pencils). After going on about bake sales and campus newsletters, one even asks, “Who left their scented candles dripping all over my woman-power shrine?” Willow refers to them as “wanna-blessed-be’s” (play on words for the common Wiccan greeting “Blessed Be”), and in fact, is extremely disparaging when talking about them with Buffy afterward. Despite their caricature-like portrayal, the Wicca study group was still a much better representation of actual Wicca than Willow ever was.

Not. One. Single. Wiccan. Here.

The other big show linked to witchcraft is Charmed, the tale of a group of sisters who discover they are the most powerful witches in all the land. Now Charmed is, of course, not a show known for its consistency, and various people are brought up as being witches or witch practitioners that are more in line (slightly) with Wiccans, in that they practice spellwork but don’t have intense fantasy powers. However, the main “magical” witches, like the sisters and their family, are definitely not Wiccan. Let’s check the Wicca-meter: Burning candles and chanting to honor the Great Mother and Horned God? Not once. Telekinetically throwing demons against the wall and freezing time and magically blowing things up? All the time. The most Wiccan this show got was when Phoebe and Piper went an outdoor Wiccan ritual in the first episode of Season 2. Was it a chance to learn more about an unfamiliar religion (that they frankly didn’t have anything to do with in the first place)? Or was it a chance to get some laughs because Wiccans sometimes perform rituals skyclad (in the nude)? It was the second one, guys.

The witches on Buffy and Charmed rather frequently threw around the word “Wiccan” as a convenient adjective-form of their own brands of witchcraft, when in fact they had  absolutely nothing to do with Wicca. Even when speculative fiction is set in what seems like our own world, each author creates their own nuanced version of the supernatural and its rules and regulations and terminology. Though most modern pagans say “witch” is the appropriate term for men as well as women, in some series “witch” is simply the word for a female spell-caster and is defined by this femaleness (like in Harry Potter, where boys are wizards and girls are witches). There are sometimes very specific definitions given to certain words regardless of gender: in 3rd edition Dungeons & Dragons, for example, witches aren’t mentioned by name, but wizards are those who learn spells through study and practice, whereas sorcerers have innate magical ability due to some non-human heritage. They have set a rule for when to call whom what, and it is clear when to use which title; you can’t just call someone a sorcerer if they’re actually a wizard. Writers of fantasy fiction are free to define “witch” however they like, and should strive for a clear and consistent definition within their own work; however, they are not free to use and define “Wiccan” however they like.

Witch is an old, old word that has meant many different things in different times and places. It is a word that anyone can reclaim, but no one group should monopolize. In addition to Wiccans, there are Satanists, many non-Wiccan pagans, and even some Christians who lay claim to the title of witch, and I for one, don’t think it’s fair to trample over someone’s identity. You might not like it if a Satanist calls herself a witch, or even understand how someone can identify herself as a Christian witch, but in the end, it is their identity, and should be respected. We see this identity politics a lot in Christianity today, where both ends of the spectrum in regards to supporting LGBTQ+ rights claim that the other side is not “really” Christian. If someone follows a religion based on an interpretation of historically Christian scriptures, prays in the name of Jesus Christ, and most importantly, identifies as a Christian, far be it from me to tell them that they’re not a Christian, no matter whether I agree with their political views or not.

A Wiccan and a gentleman. Scott Cunningham, acclaimed author of Wicca: A Guide for the Solitary Practitioner.

Now, if someone wants to call themselves Catholic, but is really following explicitly the beliefs and practices of the Methodist Church, that’s where we have a problem. They are both branches of Christianity, but they are not interchangeable. If someone following Baptist beliefs and practices calls themselves Orthodox, they are misrepresenting both Baptists and Orthodox Christians. Similarly, Wicca is one of many practices involving spells and magic, many if not all of which could fall under an umbrella term of “witchcraft”. Therefore, “Wiccan” is not an acceptable catch-all alternative for “witch”. This usage does a two-fold disservice: first, it ignores the existence and experiences of those witches who are not Wiccan, and also misrepresents the religion of Wicca by lumping it together with any kind of spell-casting magical practice. Just look at all these names for magic-users in first edition Dungeons & Dragons! Come on, geek media writers, you can do better than misusing the word Wiccan.

3 thoughts on “Oh, My Pop Culture Witchcraft: When is a Witch Not a Wiccan? (Quite Often, It Turns Out)”