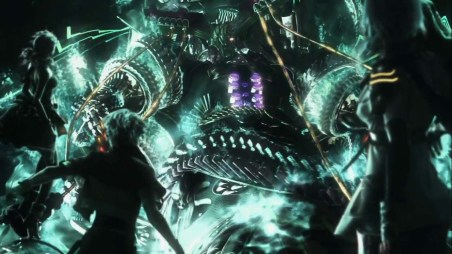 I mentioned a while back that I had started replaying Final Fantasy XIII. There are a lot of things that I don’t like about the game—such as the storytelling for the first couple chapters—but one thing that I really love is how magic is used. I find magic much more of an interesting concept when it has limits and specific rules that it needs to follow. I like those rules and limits to be rather strict, otherwise, for me personally, magic then runs the risk of becoming a deus ex machina—it’s capable of solving any problems our heroes may have. But what I also like is for magic to have consequences.

Sometimes rules and consequences go hand in hand. Some stories, like The Inheritance Cycle, say that using too much magic can kill a caster, and therefore, there are limits to which spells a person can use. In others, like Buffy the Vampire Slayer, using magic can be addictive and corrupt the user. What I find interesting about FFXIII, though, is that using magic doesn’t have consequences. Having the ability to use magic, on the other hand, does.

Spoilers for FFXIII below the jump.

Indeed, it may actually be possible to go through nearly the entire game without casting a single spell—I wouldn’t recommend trying it, though—but regardless of whether or not the characters actually use their magic is irrelevant to the plot. What is relevant is that they have the ability to use magic, and the thing that gave them that ability also more or less completely ruined our characters’ lives. 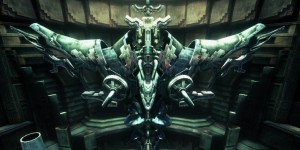 In Final Fantasy XIII, there are large magical creatures called fal’Cie. Whenever people go near the fal’Cie, the fal’Cie can turn those people into something called l’Cie. The fal’Cie can do this to just about anyone, and they don’t tend to care who. At one point in the game, a fal’Cie even turns a small child into a l’Cie. People who become l’Cie are granted magical powers—but unfortunately for them, those powers don’t come for free. They’re also given something called a Focus, which is a mission that the fal’Cie wants them to complete. If l’Cie don’t complete their Focus within a certain frame, they become Cie’th, which are large mindless monsters that wander aimlessly. Fortunately for l’Cie, the legends say that if they do complete their Focus, they’ll turn into crystal and be granted eternal life. While it is true that they’ll turn into crystal, the eternal life part stretches the truth a little.

Actually, becoming a crystal is more like a stasis that a fal’Cie uses to store l’Cie who have completed their Focus. The fal’Cie can uncrystalize those l’Cie at any time and give them a new Focus. Sadly, for some people, the fal’Cie can turn them into l’Cie and either neglect to give them a Focus or refuse to give them time to complete it, ensuring that those l’Cie immediately turn into Cie’th.

It’s a pretty bleak situation that no one wants to find themselves in. And distrust of certain fal’Cie actually causes the government in this universe to Purge—mass murder—citizens who have come into contact with them or their l’Cie. Unfortunately for our heroes, they are all turned into l’Cie by a fal’Cie their society is afraid of, and as such spend the entire game on the run and being hunted down. Since this is a game, we know that our characters’ time limit to complete their Focus won’t come until we reach the end of the game, but as the characters don’t know that, it does create a sense of urgency within the narrative. Sadly for our heroes, their Focus puts them at a bit of an impasse. They don’t want to become Cie’th, but their Focus is to destroy their world, resulting in the deaths of millions of people. And time is running out.

The mass murder of all civilization is the end goal for the fal’Cie. Legend says that there was a Maker, a god, essentially, who created both humans and the fal’Cie to watch over them. But the Maker left the world, so the fal’Cie want to create a catastrophe large enough to summon the Maker back—and a giant bloodbath is the way they decide to go. Despite being powerful, immortal entities, the fal’Cie themselves are bound by their own magic and nature. As such, they themselves cannot bring about the destruction they desire and need to rely on l’Cie in order to do it for them, which is where our main characters come in. They are cursed with a Focus to bring about the end of days.

While I’m sure a lot of us would rather, if given the chance, turn into Cie’th than murder a couple million people—which is something one of the main characters Vanille actually tries to do in order to avoid killing anyone—being a Cie’th has got to be the worst possible thing in existence. Cie’th wander around for eternity, killing anything they see, all the while feeling a sense of remorse and grief for being unable to complete their original Focus. This goes on until someone slays the Cie’th, or until the Cie’th eventually turns into stone. Unfortunately for that Cie’th, even turning into a rock won’t make that feeling of despair go away. Essentially, as far as I’m concerned, being a Cie’th is like being damned to hell. Of course, even if our main characters chose to ignore their Focus and become Cie’th, the fal’Cie might just make more l’Cie.

Because of the impossible options our characters are faced with, they spend the entire game attempting to fight against their Focus and overcome their fate. In the end, they do succeed—they manage to kill the evil fal’Cie and save the world. That also doesn’t come without consequences. Out of our six main characters, two of them do end up trapped in a crystal column, and since that column is the only thing preventing a giant moon from crashing into the planet and wiping out all life in existence, there’s no way to save them.

Final Fantasy XIII has a lot of shortcomings, but its use of magic and consequences makes the story a lot more interesting. It adds an extra layer of depth and urgency to the story because our characters are faced with horrific outcomes no matter what they do, and there’s no guarantee that fighting their Focus will get them anything except an eternity as Cie’th. And because Fang and Vanille end up trapped in crystal regardless of all the struggles our heroes go through, it also makes their triumph at the end more meaningful, since they had to lose something valuable to get there.