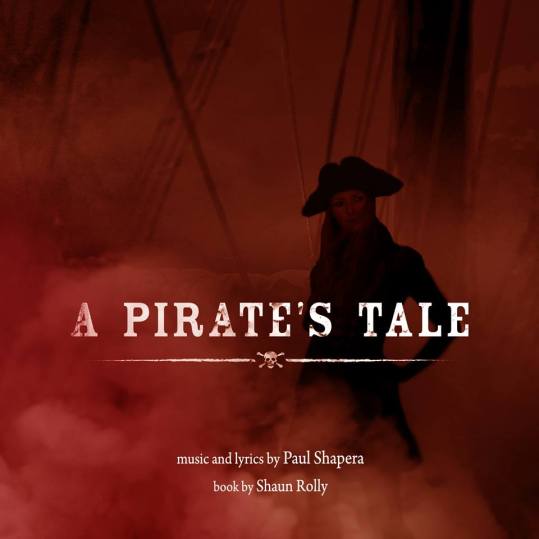 Hello all! PolyglotPisces here to talk with Tim Tolbert, an extremely talented young actor about to take part in a super exciting new musical theatre project. I met Tim when I worked as musical director/pianist for a production of Little Shop of Horrors, where he showcased his powerhouse vocals in the challenging role of Audrey II, everyone’s favorite giant talkin’, rockin’, people-eatin’ alien plant. Little Shop has been an old favorite of audiences and performers for many years, but now Tim will be involved with a much newer show—brand-new in fact—the debut production of A Pirate’s Tale. This project is presented in collaboration with Pittsburgh’s very own Gateway Clipper Fleet, a fleet of riverboats offering a variety of cruises on Pittsburgh’s three rivers. A new musical… about pirates… performed on a boat. How exciting is that?! Let’s get some inside scoop from Tim.

Pisces: Can you tell me a little about how the show came to be? Who are the writer and composer for this project?

Tim: First off, thanks so much for the praise. I really had fun working with you on Little Shop of Horrors! Now, as for some of the facts and figures for A Pirate’s Tale: this piece is really the brainchild of Pittsburgh’s resident pirate, Shaun Rolly, an extraordinary teacher and fight coordinator who developed the show and wrote its libretto. (Not to mention, among all of that, he also is featured in the production itself as one of the crewmembers, Eli!) The score is composed by Paul Shapera, whom the cast had the pleasure of meeting during the last few weeks of rehearsal and the recording process. Our director is Mark Calla, a great and trusting director whom I’ve worked with several times. I think the audience is in for a very thrilling and unique night at the theatre. Pittsburgh has such a vibrant, eclectic theatre scene and this is definitely a show that the city has never seen anything like before.

Pisces: Give us a brief synopsis of the show.

Tim: Sure, basically, the musical is set on the (spoiler alert!) high seas in 1540, and revolves around the crew of the Anne-Marie, captained by Tristan LaMarque. Once the Anne-Marie seizes a vessel called the Raven, Tristan has nefarious plans for its crew and the booty claimed, which doesn’t sit well with some of his fellow pirates. The script really strives for historical authenticity, presenting the characters and living people and not the caricatures seen in The Pirates of Penzance, for example. Of course, for the audience, there are aspects of the presentation and the writing that are instantly recognizable as being associated with the public image and allure of pirates.

Pisces: Now in order to be such good swashbucklers, pirates must spend hours buckling their swashes. Tell us about the stage combat training.

Tim: I was surprisingly better at buckling my swashes than I thought going into the project. I suppose I’ve been practicing for a show like this my whole life… Anyhow, the swordfighting is awesome and will no doubt thrill the audience, especially since fights are happening in the stage space from a multitude of angles. It’s all meticulously crafted to look beautiful, vicious, and fluid, but also very safe for the actors to perform and for the audience to watch. That’s why before every rehearsal and performance there is a fight call to leave no stone un-turned with safety.

Pisces: The soundtrack is beautiful, with catchy, jaunty tunes, thoughtful ballads, and dense, rich harmonies. How much work went into vocal rehearsals?

Tim: Our music director, the prolific Tom Berger, wrote new arrangements for this particular staging crafted around the voices of our company truly creating the music for the first time outside of concept albums or staged workshop readings. Music was learned over a few rehearsal periods, ironing out the complicated but enthralling harmonies. “Home,” which sounds just gorgeous, was a particular challenge in its tight composition and classical sound. Boy is the score fun to sing though!

Pisces: The original cast album is actually available now, right? Where can we get a copy? Where was it recorded, and what was the recording process like?

Tim: The album is available here and soon after will be for sale on iTunes and Amazon. Recording was fun, each member of the cast had a slot, and we met at the home of our writer, as well as meeting the composer, where we recorded in a room no one was using at the time. Our recording is a bit different from what you’ll see on the Clipper, since our version, as I said is shortened, the album features the entire score as well as some added lyrics and different arrangements here and there.

Pisces: Very cool, thank you so much, Tim! Break a leg and toi, toi, toi and all that jazz!

The show actually opened last night, but never fear, the pirates will be presenting the show a few more times over the coming months. Check here for dates/times/prices and to make your reservation! In addition to the show and boat ride, the evening includes a dinner with pirate-themed cuisine, such as “Flying Dutchmen Pizza Boats” and “Battered Walk the Plank Potatoes with Red Sky at Night Ketchup”. Make your reservations today! You don’t want to miss this phenomenal new project! And don’t forget to like and follow A Pirate’s Tale on Facebook to keep yourself posted and get all latest updates. The show’s journey is only just beginning, and I firmly believe it has a strong and bright future ahead of it!