Recent media from a variety of sources has preyed on the trope of the fridged woman by telling us and sometimes even showing us that a certain important-to-the-main-dude woman has kicked the bucket. We may be annoyed by this, or it might not even appear on our radar—it is such a common storytelling trope, after all. Then, later, at some plot crucial point, a mysterious woman appears! Who could it be? Why, it’s the lady we thought was fridged, and she’s more badass than the main character! 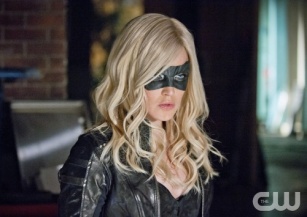 I’m back and I’m ready to kick some ass.

Arrow was the first show where I noticed this subversion. Our male protagonist Oliver spends the first season really torn up about the fact that, when he took his girlfriend’s sister out on his yacht for some fooling around, the yacht sank. He was able to swim to a nearby island and go through a series of formative events that led to him becoming a hero; she just drowned (in her underwear, no less). However, in the second season of the show, hark: a mysterious woman appears! Sara Lance, despite having been presumed drowned, somehow not only survived, but also had a series of formative hero-creating experiences and is a badass crimefighter herself now. And although I’m less complimentary toward the show given that they fridged two other women who don’t appear to have any chance of resurrection, it was notable as the first show where I saw something like this happen.

How To Train Your Dragon 2 also flipped this trope upside down by reintroducing Valka, Hiccup’s mother, into the storyline. In the first movie, she is believed dead; Stoick and Hiccup even share a touching father-son scene discussing her death. In HTTYD2, though, who appears but Valka, a feral but gentle woman who’s even better at dragons and dragon-riding than her son. And although her reveal was spoiled in the trailers for the movie rather than being kept secret for the release of the actual film, it still constitutes a small but important step forward for writing soundly feminist characters: “remember that lady we said was dead and therefore couldn’t have any plot relevance? Well, turns out she’s actually alive and is super duper important and awesome!”

And then there is Elementary. Elementary is one of my favorite shows full stop and is consistently feminist, and it also includes one of the most subversive bits of writing I have ever seen. Throughout the first season I found that my only complaint with regards to the show was that, despite its many progressive messages, Sherlock still had a source of manpain in the murder of his former paramour, Irene Adler. She had died at the hands of a mysterious criminal named Moriarty. However, it turns out that not only is Irene alive, she and Moriarty are the same person. Jamie Moriarty, criminal mastermind, used the persona of Irene Adler to prey on Sherlock’s preconceptions about women, and then manipulated him—first by “killing” that persona, and then further by revealing that the fictional woman he had idolized had never existed at all. 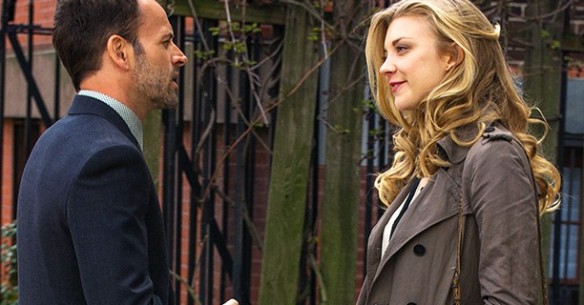 This, I think, is the most brilliant use of this subversion, because it’s twofold. The viewers are, of course, treated to the whole “she’s not really dead, fire cannot kill a dragon, etc” reveal that I’ve described. But it also occurs within the narrative in a way it doesn’t in the other media I’ve mentioned. In those, people are surprised, relieved, upset, etc. to see their loved ones return, but it’s different in Elementary. Not only does it bring Ireniarty back to life, it also forces Sherlock himself to realize that he had been putting this fictional woman on a pedestal and using her as an excuse for his self-destructive behavior.

Sadly, subverting this trope means that it has already been used in a story; that is, you can’t bring someone back to life unless they’re dead. And unfortunately all of these reveals come late in their franchise—in the second season, sequel, and season finale, respectively. This means that, had the franchise been a one-hit wonder, or had it received mediocre ratings, we wouldn’t have ever seen these women revived. However, I continue to be excited to see more and more women in my media fighting their way out of the refrigerator, and I can’t wait to see who’s next.

6 thoughts on “Breaking Out Of The Fridge: Subverting Women’s Victimization in Pop Culture”