Once upon a time, I more or less swore that I wouldn’t see the Evita tour. I love the show and had never seen it live, but I was insulted that the producers claimed the show needed to close on Broadway due to a lack of qualified leads, while still immediately making plans for a tour. I stuck to my one-man boycott and refrained from buying a ticket. That is, until I got an e-mail offer for $30 orchestra seats and found a third row, limited view ticket. My resolve weakened by the promise of being so close to the action for such a low price, I bought the ticket.

Did the production manage to pierce through my jaded disposition? Read below to find out!

I had wondered if the show would begin abruptly with the radio report of Eva’s death, catching the audience off-guard and plunging us headfirst into the drama, but unfortunately it started with the standard greeting requesting that everyone unwrap their candy and refrain from using any recording devices. The audience was therefore quieted and ready to listen when the announcement was made, which seemed like a missed opportunity. The curtain opened to a dim stage and backlit ensemble singing “Requiem for Evita” and I got my first glimpse of the true star of this production: Neil Austin’s lighting. 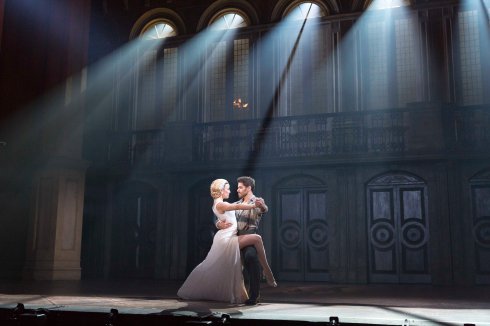 The lighting consistently elevated the production, taking us from dusty streets and sleazy hotels to ethereal ballrooms and awe-inspiring landmarks. Each location had a different flavor perfectly seasoned with the right touch of light. I was floored to check back and find that Austin’s design was not nominated for a Tony in 2012.

Our human stars also carried the show well. The ensemble was one of the strongest I’ve seen in a long time. Everyone threw their all into the performance, and I was particularly impressed by the energy level considering it was a Tuesday show—not often known for being a money performance. The company was sharp, lively, and the choreography really gave the women especially an opportunity to dazzle. 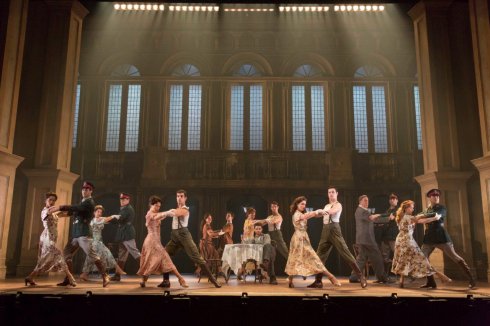 Josh Young made an excellent Che. The humor came easily and stage presence seemed to be second nature to him. Then there was his voice, which flowed through the score like it was born to do so.

Our leading lady was Caroline Bowman, whose Eva I would most readily describe as needy. She seemed always hungry for not only attention or power, but approval more than anything else. It was this need for approval which drove her to pursue Magaldi despite his dismissal of her; it sent her across nations on her Rainbow Tour, meeting world leaders; it motivated her to give so much to charities. It was also this desperation which seemed most present in the new song “You Must Love Me”, added in from the movie.

While this song in the movie seems to be Evita realizing that her relationship with Peron has been more than a mutually beneficial political move, on stage it seemed more like Evita desperately trying to convince herself and Peron that that was the case. The line “you must love me” wasn’t a revelation; it was a plea. This was only made more apparent by the fact that Sean MacLaughlin’s Peron had shown little to no affection for Evita over the course of the show. How much of that was due to direction or acting choices on MacLaughlin’s part, however, I can’t say. 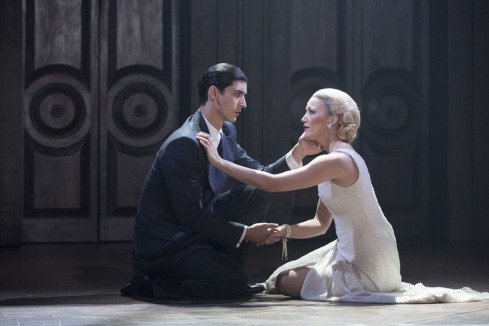 Don’t misunderstand me though, Caroline did a fantastic job with the role. When I describe her portrayal as “needy” I do not mean it as an insult. It was an excellent interpretation of the part, one which showed Eva’s humanity and her faults as well.

Evita on tour is a wonderful production, well-worth the price of admission. While I still grumble over some of the choices of the producers while the tour was in development, the show itself and the cast are excellent. I can’t get over my grudge with the producers of the revival, but I highly recommend this production.