Teen Wolf does a pretty poor job when it comes to disabilities—I’ve yet to forgive the show for how it treats Deucalion’s blindness. So it doesn’t surprise me that it has also failed to address the full scope of problems a character like Malia should have. Someone like Malia, who spent half her life—during her formative years no less—in the body of a coyote, should have numerous issues. And though Teen Wolf has thankfully remembered to give Malia some problems, such as trouble catching up in school, the show has neglected to give her other issues that she definitely should have. 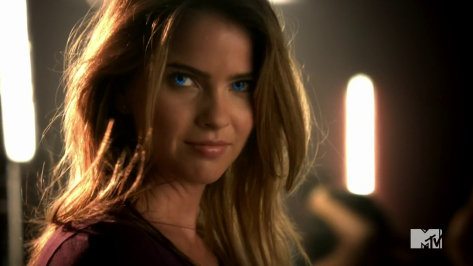 Instead, it presents Malia as a fully functioning teenage girl who knows how to accessorize, do her hair, and apply makeup. Hell, despite Malia’s complaints that she’s cold because she no longer has a fur coat, she still shaves, which is not something a person in her position would be doing. But that’s hardly the worst of it. Malia turned into a coyote as a small child, and she didn’t become human again until she was in her late teens. Yet despite this, she can still function in her human body as if she’d been using it the whole time.

In some ways, Malia’s adherence to stereotypical female beauty norms is rather offensive. Out of all the female characters I’ve ever seen, she is one of the few to be least likely to know, let alone care about, how to present herself in a way that society deems acceptable for a young woman. This is someone who spent the past eight years ripping apart small animals to eat raw, was covered in fur, walked on all fours, and probably occasionally cleaned herself with her own tongue. Being hairy, being unkempt, and eating raw, bloody food is the norm to her. Yet, even when she first transforms back to being human, she has perfectly manicured eyebrows. Following that, next we see her, she’s also wearing makeup. I really have to wonder how she learned enough about female beauty standards in order to accessorize so well while simultaneously unlearning all her aforementioned coyote habits.

Furthermore, though Malia most definitely grew and matured while as a coyote, she didn’t experience that growth as a human. The last time she was in human form was in her prepubescent years, but now she has a teenage body. So I also have to wonder what went on in her mind when she finally noticed that she now has breasts. The human body changes a lot between the ages of eight and sixteen, and just about everything she knew about herself is different. She’s taller, she’s finished puberty, and unfortunately, this also means that she hasn’t actually exercised any of her human muscles in that timeframe either.

As of current, Malia’s goal is to learn how to transform back into a coyote, because that’s the life she’s used to and that’s the life she understands. Though Stiles and the other characters attempt to help her adjust to being a human again, the struggles she does have tend to be more for humorous effect than actually exploring her problems. I suppose Teen Wolf went about that route because it’s easier to have a comedic, socially awkward character struggling to fit in, than an unshaved, disheveled wild teenager struggling to relearn how to walk and talk.

Look at those eyebrows! Even in the harshness of the wild, upholding beauty standards is important, ladies.

And walking and talking are two really big issues that she should have. I have no idea how Malia can even balance on just two legs, let alone why she doesn’t seem to find walking upright weird and uncomfortable, simply because she’s not used to it. Malia has not used her human legs for over eight years now, and as such, she should find balancing hard. Not only that, as a coyote, she had a tail to help her balance, which is something her human body lacks. So not only should she have trouble walking upright, from her perspective, she’s also lost a valuable limb.

After Malia is first introduced and reverts back to being human, we don’t see her character again for numerous episodes, and I suppose in that timeframe, it is possible that she went to physical therapy. But the show makes no mention of this whatsoever. (Nor does it really expand on who she’s living with currently, now that I think about it. Did she escape from Eichen House, or was she released? Regardless, since she’s spending so many nights with Stiles, I would imagine that her human father would have some questions to her current whereabouts.) However, even if she had gone to physical therapy for the aforementioned walking problem, enough time wouldn’t have passed for her to relearn how to do everything else. Besides, even if she did somehow relearn how to walk correctly during those episodes, at the very least, she should also have a huge speech impediment—and those can last for years, maybe even be lifelong.

Malia was old enough when she first became a coyote that walking and talking properly are more than likely things she should know how to do. Unfortunately, knowing how to do something is different from actually being able to do it. I can buy that she still remembers how to understand basic English and that she did grow and mature as a coyote to no longer have the mentality of a small child. But the fact remains that she has neither spoken nor heard English spoken since then. As such, not only should her vocabulary be limited, like walking, she shouldn’t have the muscle memory in order to form words properly. She went from having a child-sized mouth to an adult mouth. Furthermore, as she hasn’t spoken in eight years, her tongue, vocal cords, and other needed muscles should be unused to forming the sounds required for speech. Even if that wasn’t the case, she spent the past eight years without the need to talk, and may even as a result now suffer from something like selective mutism. 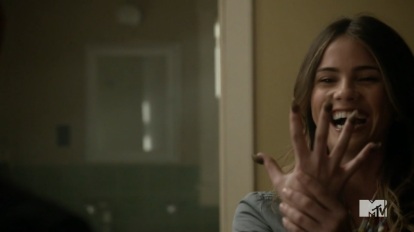 Regardless, I have a hard time believing she doesn’t have a more pronounced speech impediment of some kind. Speech impediments are a type of communication disorder that result in disrupted speech. There are numerous different types of disorders that cause different kinds of disruption, such as stuttering or lisps, or even an inability to physically create certain sounds. Not talking during the formative years of childhood can easily result in these disorders. Also, speech disorders are so common that at any given time, only 5–10% of the population speaks properly. The other 90–95% of us have some variation of these disorders, even if they’re extremely subtle, and that’s without being trapped in the body of coyote for eight years with absolutely no ability to talk whatsoever. Despite that, Malia is not only a fluent English speaker who has little to no difficulty forming words, she’s also savvy enough to understand nuances like sarcasm and idioms.

Though Malia is one of my more favorite characters on the show, and I’m certainly invested in her, if only to see how she continues to struggle with being a human, I’m more than a little disappointed in how the narrative has handled her thus far. Sometimes, Teen Wolf just doesn’t seem to realize that social awkwardness should be the least of her worries.

2 thoughts on “In Brightest Day: Malia Tate from Teen Wolf”