The last Harry Potter book was released approximately seven years ago, and as we all know, seven is an important magical number, which is probably why many tributes to and anecdotes about the series started popping up around the web last month. While I loved reading the Harry Potter series, Harry and his magic have both influenced—and been influenced by—other books in the YA genre. Young children discovering their magic and through that, themselves, isn’t a new idea. And many books which deal with children and magic are more diverse and address social problems more directly than does the beloved Harry Potter series. If you’ve grown up with the Harry Potter series and want to read more books like it, continue on to find some magical, diverse recommendations.

Let’s start off in the U.S.A.! So You Want to be a Wizard, by Diane Duane, was actually published in 1983, more than ten years before the first Harry Potter book ever came out, and contains many of the same themes that Harry Potter readers would later discover. Nita and Kit, two children of a New York suburb, discover that they have the capability to become wizards when they find out about, and take, the Wizard’s Oath. However, doing so launches them into an ongoing battle against the Lone Power—this book’s equivalent of the devil. Armed only with their nascent skills and their wands—rowan for Nita, metal for Kit—they must figure out how to save the world before it’s too late.

The cool thing about So You Want to be a Wizard and all its sequels is that Duane clearly shows that people of all species have the ability to become wizards. In the second book, Nita and Kit meet shark, dolphin, and whale wizards, and in later books, they meet wizards from across the galaxy. There’s even a spin-off series devoted to cat wizards (and a tiny cameo by the Fifth Doctor, if you’re very sharp). I read these books at about the same time as I did the Harry Potter ones, and I’ve always wished that that these would have gotten the same amount of attention. Nita has a close, if antagonistic, relationship with her genius younger sister, and Kit, who’s Hispanic, has just as close a relationship with his family. As the kids grow up, they deal with death, love and life in a nuanced, exciting, and touching series of stories. Plus, Duane has re-released the first four books in the series to correct timeline problems and update technology. If you’re a wizard in Duane’s world, you can definitely use a computer.

Moving on, let’s travel back in time to Victorian England and A Great and Terrible Beauty by Libba Bray. Now, you might not think Victorian England is anything too diverse, and it wouldn’t seem as if it was, at least on the surface. But Bray doesn’t fall into the same trap that many other authors do—specifically, the trap of assuming that “there were no people of color” in Victorian England. The protagonist, Gemma Doyle, was raised in India, and when she finally arrives in London, she’s attacked by and helped by Romani people in turns. And a handsome stranger follows her from India….

Gemma quickly discovers she has magic, and can pass this magic on to her classmates at the girls’ boarding school. While the girls do eventually have to save the world, as one does in these sorts of books, Bray uses the magic to address something far more pressing and more insidious: a woman’s place in Victorian England. Gemma herself is from a well-to-do, posh family, but her friends have the misfortune of having been born into the wrong class, or with a disability, or with the wrong sexual orientation. As young ladies, they are expected to bow to the whims of their families and either marry the wealthiest available bachelor or become governesses. Can Gemma use the magic to help herself and her friends to have the power to escape their circumstances? And if she can, should she? The series, called The Gemma Doyle Trilogy, holds some interesting answers.

May 2015 ETA: Having studied and learned more about Russian history and culture in the months since I wrote this post, I can no longer recommend Shadow and Bone as a diverse novel. It may indeed be a creative endeavor, but its “Russian influence” is wrong on every level and, if it’s an example of anything, it’s only a great example of cultural appropriation.

Jumping a little further back in time, we come to Shadow and Bone, a novel by Leigh Bardugo set in a land based on Tsarist Russia. Like in Harry Potter, the protagonist, Alina Starkov, is an orphan, as is her best friend, Malyen Oretsev. However, that’s where the similarities end. Alina and Mal have trained with their country’s army since they were small—until one day their unit is attacked by creatures from the Unsea, a swathe of darkness across their land, and Alina awakens a power she never knew she had when she saves Mal’s life. She’s immediately whisked away to the capital, where she’s trained up as the court’s only Sun Summoner: the only one who can destroy the Unsea.

A lot of Alina’s character and magical development seems tied up in her feelings for Mal, which may not necessarily be a bad thing. The book is the first in a trilogy (no spoilers, please) and I’m willing to give it the benefit of the doubt, mostly because Bardugo’s worldbuilding is so on point. Bardugo has much to introduce—throughout the book, she talks about everything from the weather of each part of the country to the fashions and expected social norms at court to the types of magic and training—but it never seems too belabored or too detailed. Bardugo’s prose sweeps the reader along in a lovely, dark Russian dreamscape, and when I finally put the book down all I could say was “Shit”. And perhaps Alina and Mal’s epic romance isn’t so unexpected: as Victor Shklovsky, Russian literary critic, once said: “Russian literature is devoted to the description of unsuccessful love affairs.” 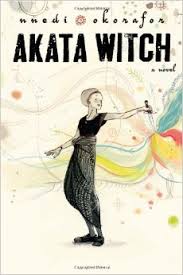 Finally, let’s go somewhere Western audiences aren’t usually well-acquainted with: Nigeria. In Akata Witch, by Nnedi Okorafor, Sunny Nwazue is a young Nigerian-American girl who’s recently moved back to Nigeria from America. She’s bullied in school for being too American, and at home by an abusive father who thinks she’s too “wild”. On top of that, she’s albino, which means that her classmates attack her for looking too “white”, and she can’t ever go out in the sun without an umbrella for fear of sunburn. When she meets a strange group of children, though, she soon discovers that she’s one of the Leopard People—in other words, a witch.

In the world of the Leopard People, disabilities are highly valued because people with unique traits tend to have unique abilities. Very tall people, for instance, can read the future in the stars, and very short people can make plants grow. An elder in the community with severe scoliosis is a natural shapeshifter. Because Sunny is albino, she’s told that she can easily slip through to the spirit world without any spellcasting—something that will come in handy in her final battle. The magic is fascinating and makes me wish that Okorafor had spent a few more books building up the Leopard People’s world before Sunny and her friends faced off against the evil Black Hat Otokoto. Never fear, though, it looks like there will be a sequel.

Although Harry Potter will always hold a special place in many people’s hearts, these variations on the “kids with magic” theme offer more diverse worlds, both in the people who get to star in these stories and in the culture and legends that their magic draws upon. If you loved Harry Potter and want to read more books like it, give these books a try!

What other books on these themes would you recommend? Let me know in the comments!