Werewolves have never really been the most popular monster; they’re usually second fiddle to vampires or zombies. I suppose there’s some sense to that. Vampires are sexy romantics and zombie hoards are harbingers of the apocalypse. Werewolves usually act alone, and, outside of Twilight and Teen Wolf, aren’t typically portrayed as having much sex appeal. In 1941, The Wolf Man became the first successful werewolf film. Our monster has a furry face, spreads his affliction through biting others, kills people, and is ultimately killed by his own silver walking stick. He’s monstrous, not sexy.  We can understand why vampires and zombies scare us, too. Vampires might represent a powerful person draining us of our own power for personal gain. Zombies drawn on our fear of pandemics and the ignorant masses destroying those of us just trying to survive. But what about werewolves? The most common answer I find is that werewolves speak to the changes a teenager experiences during puberty. Pisces already explored how this dynamic works in Teen Wolf. But if that’s the case, then where are all the female werewolves?

Are werewolves really a metaphor for raw, “untamed” masculine sexuality? Those with “lycanthrophy” grow coarse, dark hair all over their bodies, gain super strength, an insatiable appetite (for raw meat, usually), and a lust for combat. That sounds an awful lot like what happened to my brother once he hit middle school (minus the bloodlust… I think). Werewolves seem to be hyper-masculine monsters, so is this why most werewolves in our pop culture today are male?

As with many monsters, many popular stories tend to bend traditional folklore surrounding the werewolf. In the 2003 movie Underworld, the main conflict between vampires and werewolves (“Lycans”) arose when Lucian, a Lycan, fell in love with a vampire lord’s daughter. The vampire sentences his daughter to death, and Lucian escapes. Fast forward to “modern day”, and the vampire Selene falls in love with Michael, a man with the rare ability to turn into both a vampire and a werewolf. Things start getting tense when Michael starts turning into a werewolf. Lycanthropy is clearly tied to a dangerous, predatory sense of male sexuality.

Werewolves in Twilight aren’t always men, but most of them are. Jacob Black, Bella’s longtime friend and potential lover, goes through a transformation into a werewolf when he’s in high school. Jacob goes through many of the puberty-like changes associated with lycanthropy, and comes out a strong, dashing young man with the ability to turn into a giant wolf. He vies for Bella’s affections, but she chooses the vampire Edward Cullen. Despite this, Jacob remains Bella’s friend, and he’s eventually rewarded. When Bella gives birth to her daughter, Jacob “imprints” on the girl, falling madly in platonic love with her. But this time, the werewolf’s sexuality isn’t considered predatory. It’s protective—Bella’s daughter will be free to choose whether or not to fall in love with Jacob, but Jacob will always be a good friend and her protector, as long as he lives. This still plays off of masculine stereotypes. If men aren’t being rabid warmongers filled with dangerous lust, then they’re the strong and loyal protectors of their women, family, and property. 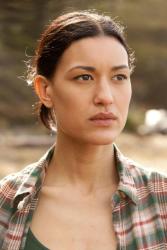 Leah Clearwater, the one female werewolf in the series, spends much of New Moon angry about her boyfriend imprinting on another woman. Most of her character arc surrounds her feelings as a jilted lover. Breaking Dawn raises questions about Leah’s femininity, as she notes that becoming a werewolf has probably rendered her infertile and ponders how her feelings of protectiveness relate to that of other women and the men in her life. Leah’s experiences as a female werewolf read more like a cautionary tale about the unhappiness that comes to women who try to be one of the guys than a story of female puberty.

One werewolf without a strong, obvious connection to male sexuality is Harry Potter’s Remus Lupin. As Luce has pointed out, Rowling herself has said that Lupin’s lycanthrophy is intended as a metaphor for chronic illness, like HIV. He experiences prejudice his whole life, and as a result lives with feelings of insecurity and self-hatred. Lupin proves to be a masterful teacher, a good mentor for Harry, and a loyal friend. However, the climactic conflict in Lupin’s personal story comes in his difficulty accepting his role as a husband and father. Lupin struggles to believe that he can be worthy of Tonks’ love and affection, instead choosing to spend most of his time on dangerous underground missions for the Order of the Phoenix… probably so he doesn’t have to face her. When the two do get married and have a son, Lupin experiences self-doubt and tries to join up with Harry and the gang on the hunt for Horcruxes. Harry, the seventeen-year-old boy, has to give Lupin a lecture about being a good father. Harry more or less has to tell Lupin to “man up”. The next time we see Lupin and his wife, they’re lying dead in the Great Hall, casualties of the battle against Voldemort, having given their lives to create a better world for their son. It seems like Lupin’s story comes down to him learning what it means to be a good father, and in doing so, a good man.

In 2010, Universal Pictures remade the 1941 classic, but this time The Wolf Man was a box office flop. I have to wonder if this was partly because we’ve moved beyond monsters with only two dimensions. Werewolves are inherently tied to male sexuality and masculinity, at least in our modern context. Even when authors don’t try to make the connection, it seems to find them anyway.  Is that why we don’t really see any female werewolves? Possibly. But if we examine some of the traditional elements of werewolf lore, there are plenty of opportunities for traditional feminine imagery. While vampires cannot come out when the sun is up, werewolves transform during the full moon. Their lives are ruled by a monthly cycle that gives them little control over their bodies or minds. Frankly, I’m almost surprised that someone hasn’t created a bunch of female werewolves with some misogynistic message about how women can’t control themselves while they’re on the periods. But female werewolves don’t have to convey harmful messages about the terrible things that happen to women who try to act like men or how women turn into monsters once a month.

Modern male werewolves showcase how our ideas of acceptable forms of masculinity are certainly more diverse than they were a century ago. Being a man doesn’t have to mean that you have an insatiable bloodlust, but we still have a long way to go. A strong, female werewolf would give us a new way to see the way our society tries to assign people into neat little boxes marked “male” and “female”. Taking a monster that comes with a lot of masculine baggage and giving it to someone who identifies as female not only inverts the werewolf stereotype, but provides ample opportunity for gender commentary. It can force us to reconsider the gender binary. Why must we keep assigning certain characteristics to only men or only women? Better yet, why do we have to force people to identify with them? If a woman is strong, will kill to protect her loved ones, or even die to provide a better future for them, is she acting like a man, or is she acting like a human? These are the questions a dynamic, female werewolf could begin to answer.

13 thoughts on “Where Are All the Female Werewolves?”