For gaming, fandom, and nerd culture, it has been a fucked-up couple of months. This much is obvious by now. The events of #Gamergate not only leave me highly disappointed, they also confirm the notion that any scandal or event described with the suffix “-gate” will be idiotic. This is not the first time I’ve addressed this subject, but I had hoped that in the intervening two months, #Gamergate would have blown over and we could all go back to eating Cheetos, having learned our lesson. But we haven’t, and so this fiasco stretches forward into November.

The past sixty days have been characterized by a truly disturbing serious of events, including doxxing, threats of rape, threats of murder, and threats of mass murder, all because social justice is ruining games journalism or something. Which I would absolutely believe if feminism, for example, took up any substantial portion of the net product of gaming journalism (hint: it doesn’t). There is no overwhelming body of articles out there painting every gamer as a bigoted white man, or even painting every bigoted white man as a bigoted white man. It’s simply not there.

It’s clear why many see #Gamergate as about harassing women, or covering for the loss of white male privilege. Gamergaters have defended themselves with the claim that the movement is about ethics in gaming journalism. Following this, those who would call bullshit on these claims have developed a fantastic meme, examples of which you will find sprinkled throughout this article.

I wonder aloud if Gamergaters know that through their reprehensible actions, they are increasing the share of gaming journalism that addresses feminism. No matter. My point is that it continues, despite being addressed over, and over, and over. There is apparently no amount of well-reasoned, highly vulgar arguments that will settle this, though Chris Kluwe put on a good show. 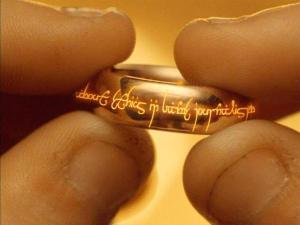 When I was growing up, nerdy little Black kid with my nerdy little white friends, we talked about the kids that beat us up like we were morally superior to them. They pushed us into lockers, dumped out our backpacks, and called us names because there was something going on in their heads. We weren’t like them. Now, it turns out that the modern world has given the nerd (I don’t need to add here that this is not a monolithic figure, but I will) power and access, vis-a-vis the Internet. What are we doing with it? We’re using it to abuse people and to push an agenda that is ultimately flawed, and even if we aren’t bloody-toothed misogynists, doxxers and bullies, we’ve cast our lot in with the kind of people that threaten to shoot up universities or rape people for fun.

Let me take a step back. The reason that I don’t buy #Gamergate is that it doesn’t take the form of anything that would actually solve the problems they claim to be upset by. First, this broad an interest in journalist ethics seems to have popped up out of nowhere, curiously in step with the purportedly-unrelated Zoe Quinn incident. Doesn’t that seem fishy to you? That this movement, which supposedly is “not about Zoe Quinn” or women, seems to have had one demonstrable result: women being abused, harassed, and threatened.

@TheQuinnspiracy This is not and never has been about you. You were just the catalyst. Get over yourself. 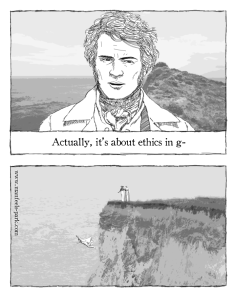 Secondly, aren’t death threats a more serious ethical matter than who is fictitiously fucking whom in the gaming industry? Which brings me to my third point: it seems, from what I’ve read around the internet, on and off of Reddit, etc., that this corruption is constructed relationally by #Gamergate participants. It’s about who knows whom, who is sleeping with whom, who is friends with whom, and who is trying to gain publicity from being a victim. (NB: actually being a victim is awful. Having to worry for the safety of your parents is a terrifying visceral feeling that it is hard to make sense of until you experience it.)

But that’s all false. It doesn’t take a great mind to grasp that the source of corruption is almost always, wait for it: money. Who in the gaming industry has the money? The corporations. I’d be more willing to believe in #Gamergate if there was a serious critique of corporate capitalism involved, but there’s not. The accusations are about this person being corrupt, or this other person being corrupt. Corruption, propaganda, exploitation—these things are systemic ills, and they’re not solved by taking potshots at individuals.

Which leaves me with two possible conclusions about Gamergaters. The first is that they are really too naive to know that unless something is done about the massive control that corporations still have on advertising and the game industry, the corruption will not improve. That’s credible, but functionally useless because it means this movement will always be targeting fellow victims of industry corruption. The second is that instead of going after the systems that cause the phenomena they claim to oppose, they’ve chosen to attack a specific few targets, revealing their inherent misogyny and distrust of women. As this drags on, the second seems much more likely.

So, we’ve come full-circle, the internet-surfing game-playing crowd has a little power now, and they’ve taken this opportunity to lash out at anyone who threatens their white, male establishment. What else can the accusations “social justice is taking over gaming journalism” mean? Questions of representation and portraying women and minorities like human beings are just taking up too much space. Nonsense.

Which brings me to my final point: Black people are being shot to death by the representatives of our government’s monopoly on the legitimate use of force, and the most important thing these Gamergaters can find to talk about is Zoe Quinn’s sex life or how best to scare Brianna Wu from her home. I think that says everything that needs to be said about the movement, which has so far only proved an embarrassment. It exists only as proof that our community is in sore need of some social justice.

5 thoughts on “Why I Don’t Buy #Gamergate”