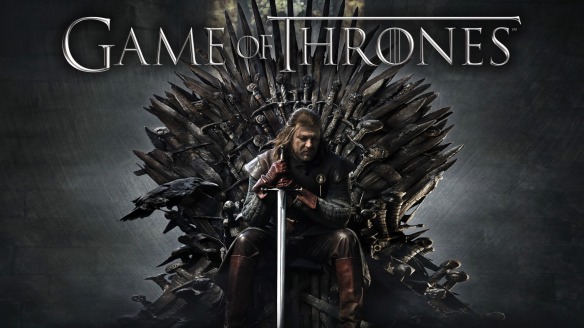 Through the A Song of Ice and Fire series and the first season of the TV show, the closest thing we’re given to a traditional fantasy hero is Eddard Stark. Affectionately known to friends and family as “Ned,” it’s a nickname for the rare kind man in Westeros. Ned Stark believes in law, justice, and honor; dangerous attributes in such treacherous terrain. But more than making him moral, it makes Ned wise, even though things, um, go south for him.

Spoilers below for Game of Thrones, Clash of Kings, and Storm of Swords, and the first four seasons of the show.

Look, I get that Eddard Stark ends up decapitated, while acting as the Hand of a king who also found himself murdered. I get why that might call into question his judgment. But I’m here to tell you that, godsdamn it, this guy still made the right calls.

Westeros may not operate like a modern state, but it still has a keen concept of the rule of law. It may be abstract, since there are no courts, legislatures, or codes to separate legal from illegal, but it’s far from anarchy. Medieval societies developed extensive, unwritten systems of justice known as customary law, which forms the basis of state legitimacy. Custom endorses rebellions against tyrants, and thereby constrains leaders to act within its confines in order to ensure peace. A Song of Ice and Fire works overtime to show us that war is mutually assured destruction, not a moment of chivalric glory. 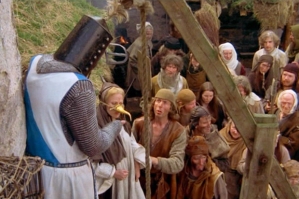 Due process in Ye Olden Days

The biggest element of customary law is succession. There are only two historically reliable ways to pass on power: election or inheritance. Everything else tends to devolve into violence very quickly. In other words, if you can’t say “it is the will of the people!” or “do you know who my father is!” you’re going to war. Nobody’s figured out how to hold a free and fair election in Westeros yet, so it looks like we’re stuck with Plan B.

The Iron Throne passes from father to firstborn son, which means that upon the death of a king, the identity of the next king should be crystal clear. Custom says that the king cannot choose his own heir; a will is too easily faked to legitimize a ruler. The king’s vassals usually tolerate this, because a civil war is still a worse option than enduring twenty years of rule by the king’s jackass of a son. Primogeniture is the constitution for kings—it legitimizes their right to rule and is the source of their power. As the only long-term consensus principle for power, it demands near-absolute fealty.

Primogeniture does not always get you the best ruler. (gif via alayneestone-archive)

A side effect of primogeniture is that power struggles are shoved out of the battlefield and onto marriage and childbirth—a fact recognized in Westeros by the aphorism, “a woman’s war is in the birthing bed.” Women in powerful families are compelled into arranged marriages to tie their family to the Iron Throne, and then are forced to bear children to ensure an heir. Worse, sexual infidelity is treason; the queen who births bastards is engaging in a coup d’etat. Because nothing is ever fair, the king is not so bound; his bastards are minor embarrassments without a claim.

Within this context, Ned Stark, Hand to King Robert Baratheon, discovers evidence that Queen Cersei Lannister’s children are all illegitimate, issue of her affair with her brother Jaime. If he ignores the evidence, he becomes an accessory to treason. If he makes a public accusation, the Queen will be executed on a charge which can never be fully proven, and Robert will be without heirs while House Lannister will have its own pretender to back—unless Robert executes innocent children, proving himself a tyrant while House Lannister and its allies could turn to the gathering threat from Viserys Targaryen and Khal Drogo.

Faced with two impossible choices, Ned tries to save the realm by confronting Cersei privately with his suspicions, and encouraging her to flee. Her flight would be tantamount to a confession, but she would stay alive, if disgraced, and Robert would escape charges of tyranny, preserving the peace. He takes the personal risk that Cersei will charge him with treason for challenging the legitimacy of the Crown Prince, but he still forces a legal resolution. If Ned is assassinated, Cersei would appear to be covering up her own wrongdoing, triggering a succession crisis that she would be desperate to avoid. A trial would have uncertain results, and Cersei would risk everything to go down that route. Instead, her only option is to compel a confession from Ned, which requires commuting his sentence from execution to banishment to the Wall. Following this reasoning, Ned confronts Cersei, willing to accept the risk of the Wall because he can guarantee peace in the realm. She rejects the offer, and the two race to have the other arrested; Cersei prevails. But Ned’s worst-case scenario prevails: he will confess and go to the Wall. Lannisters beat Baratheons, but the realm is safe.

Neither counted on Joffrey. He instigates a nightmare scenario neither Ned nor Cersei planned for. He does not understand the limits of his power under Westerosi custom, so he junks the deal between Ned and Cersei, and orders Ned’s execution. This is murder, this is tyranny, and this delegitimizes his own claim on the Iron Throne. Four of the Seven Kingdoms immediately go into open rebellion, while two more refuse to reinforce the capital. The Lannister claim survives only by a series of unforced errors: Renly attempts to usurp his brother’s claim, Stannis can’t keep religious disputes under control, and Robb breaks his oath to a vital ally while distracted by the futile betrayal of Theon Greyjoy. Meanwhile, the Iron Throne and House Lannister bankrupt themselves to stay in the war, destroying the land they hope to rule.

You become king by marrying Margaery now. (gif via thefictiondiaries)

Even that’s not enough to save Joffrey. Stannis is still strong enough to seize the capital, and House Lannister makes a deal with House Tyrell to bring Highgarden into their fold. The price is twofold: Margaery Tyrell will wed the king, and if the Tyrells don’t like that king, they get to trade him in for a better model. In the meantime, Tyrell allies flood the capital and take control of the government. Sure enough. after meeting Joffrey, the Tyrells exercise their option and have him poisoned; Margaery instead marries the new king, Tommen. Sic semper tyrannis.

Bottom line: this is such a predictably disastrous result for House Lannister that Ned was justified in assuming it would never come to pass. In fact, it is much closer to the outcome Ned attempted to avoid by refusing to precipitate a succession crisis with Stannis or Renly. Ned’s fealty to laws and honor was not the naiveté of a simple man in a complex world, it was the only path to peace.

4 thoughts on “Stark Justice: An Apologia for Ol’ Neddy Stark”