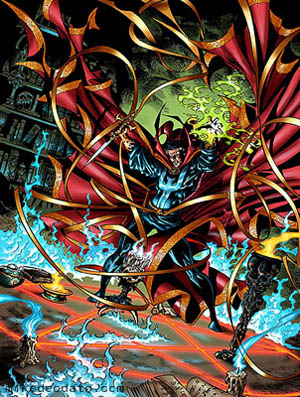 When people ask me “If you were a superhero, what superpower would you have?”, I have always answered that I would have magical powers. Usually after this response people claim I’ve cheated, but there are tons of magical superheroes, from Zatanna to Dr. Strange. Not only do these characters have an array of powers that make them extremely formidable, but they are also something of a mystery to their more science-minded brethren. The recent plethora of comic book movies have attempted to mostly eliminate the more magical elements of various comic books universes—I suppose to keep things more realistic. However, magic has always added an element of mystery to the comic book universe. 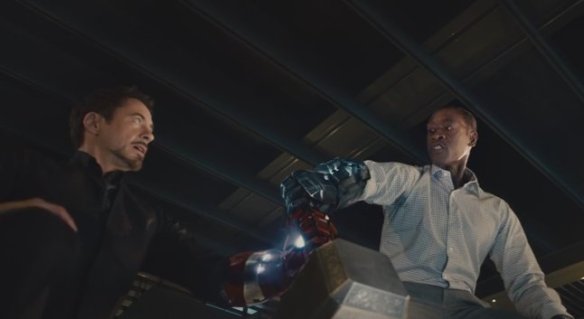 I have always enjoyed when nonmagical characters end up encountering magical ones. There always seems to be a moment of curiosity, bafflement, and frustration. Magic is almost always introduced as an unknown element that cannot be calculated or figured out by nonmagical beings, making it extremely suspect to those who don’t understand it. Despite the minimizing of magic in the recent Marvel movies, the Avengers: Age of Ultron trailer demonstrates peoples’ suspicions in a much more playful way. When Thor basically dares the others to lift his hammer, we get to see several hilarious moments with the other Avengers attempting to lift the hammer, especially Iron Man and War Machine. When Tony cannot lift the hammer through his own physical abilities, he attempts to use some of his technology, and then both he and Rhodey attempt to use technology in order to lift the hammer, but nothing works. Tony attempts to reason as to why no one but Thor can lift the hammer, but Thor just laughs, claiming they all aren’t worthy. Magic appears as this unknown and unexplainable element that no one can figure out, mostly because other magical characters refuse to explain how they can do what they do.

Doctor Doom is one of the few characters in the Marvel Universe who uses both magic and science, making him extremely formidable. His mother was a sorceress killed by Mephisto (the Marvel equivalent of Satan). Doctor Doom discovers his mother’s occult methods and combines them with science to protect his people from the evil Baron who was running Latveria at the time. It is never explained how Doom manages to combine magic and science, and he of course never shares his secrets with anyone, and never seems to suffer any negative effects from combining magic and science. While studying at school, Doom attempts to create a magical machine that would allow him to talk to the dead so that he could confront Mephisto and save his mother’s soul. However, this attempt fails, and Mephisto attacks Doom, leaving him permanently scarred. While Doom continues to use some forms of magic after this, he does seem to rely more heavily on science. In fact, almost every time after this, when Doom attempts to use magic greater than him, he seems to suffer some horrible consequences. One example, of course, is in the current Avengers Assemble cartoon, when Doom attempts to control the Destroyer only to lose himself and nearly destroy his own country.

So magical characters in comics often have awesome abilities that either can’t be explained by science or if they can it seems to be because there is usually some sort of terrible price that needs to be paid.

This theme of having to pay a price for powers is repeated in DC Comics. Characters like Doctor Fate are probably the most obvious example. Any character who wears the Helmet of Fate is almost completely taken over by Doctor Fate, the magical being who inhabits the helmet. Possessing the helmet will grant the wielder great powers and an extended life, but at the cost of personal freedom and consciousness. Even the villains pay the price for their powers. Klarion the Witch Boy is a Lord of Chaos who also has abilities that rival even Doctor Fate, but in order to remain in the mortal realm he must have an anchor. That anchor is his cat Teekl, who acts has his familiar spirit. If anything happens to Teekl, Klarion can be harmed and can’t remain in the mortal world.

Characters with magic usually end up being more powerful than their nonmagical counterparts, but this may in part simply be because nonmagical characters don’t entirely understand how to deal with magical ones. Certain characters like Thor and Wonder Woman, who don’t necessarily use magic (at least not exclusively, though they do use magical objects), seem to have a better handle of how to deal with magic users and even how to defeat them if necessary. But other characters struggle with how to deal with magic. In the Justice League animated series, when Wonder Woman is turned into a pig by the goddess Ceres, Batman calls on Zatanna to help him because he has no idea what to do. Even after that, Batman only is able to help Wonder Woman by cutting a deal with Ceres. Superman, arguably the most powerful character in the DC universe, can be defeated by magic as well. Here is a guy who could literally kill someone from space and he can be thwarted by Billy Batson, a twelve-year-old boy who was given powers by the wizard Shazam and can now become Captain Marvel thanks to those powers.

The fact that magical characters pay a price for their powers is what adds to the mysteriousness of magic, especially since that price is not always clear. This is at least in part because of the magical characters’ tendencies to keep things secret, but there is also the case that many of the magical characters aren’t even sure what consequences they might face from their powers. While occasionally this is used as something of a deus ex machina with good characters being rewarded and bad characters being punished, in many cases, magic seems to be indifferent to the morality of the character. While Doctor Doom is arrogant and usually evil, his intentions to save his mother’s soul were benevolent. However, Doom is still punished by Mephisto, another evil being, for seemingly challenging him and for trying to steal his mother’s soul back, because it was “rightfully” Mephisto’s. Despite Doom’s seemingly good intentions, he is still punished, nor does any good magical being equal to Mephisto’s power come to help him. In this way magical seems to have its own set of rules outside of human morality which magical characters have to follow carefully, making it dangerous for them as well. 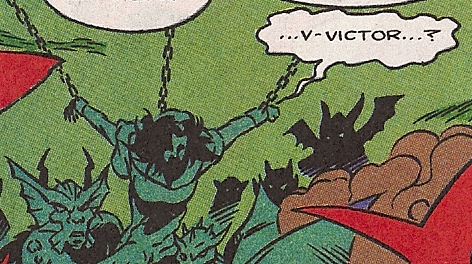 Magic in the comic book world is less explained and less explored. There are remarkably fewer magical characters on teams like the Avengers and the Justice League, which makes magic seem almost rare and keeps that element of mystery. In a universe where people can fly, create machines that are practically alive, or genetically develop the ability to control the weather, it’s really cool to have something that cannot be explained, to have something that even these fantastic heroes don’t seem to understand.

1 thought on “Magical Mondays: Magical Characters in a Science-Minded World”