As Black History Month marches on, I want to delve into more issues on race. I could continue with the theme of how much representation matters, but I want to sidestep it ever so slightly. It is equally, if not more, important to have good and positive representation. For example, what good is representation if only evil characters are characters of color?

Some spoilers for Hyrule Warriors ahead.

So while wasting time on Super Smash Bros. 4, I figured I’d look at every character’s alternate colors. In fighting games, each character is given at least enough alternate color schemes for each player to have one, just in case more than one player selects the same character, so that they can be distinguished from each other. While it is usually a simple change in costume, skin, and hair color, some games will include alternates with more detailed changes to the character model. These “palette swaps” have become an interesting point in games, as they can further the nostalgia or fan service factor. In games like Skullgirls, the characters have palette swaps to make them look like characters from other works, including anime, movies, and other games they drew inspiration from.Nintendo is typically more reserved than this, and most of their palette swaps are either completely original, or throwbacks and references to other Nintendo works. For instance, Samus has colors that match the various suits she acquires in the Metroid series. Link has the same.

This can lead to some interesting effects, and can sometimes lead to better representation (if only on a superficial level). In many games, the palette swaps will include skin tone as well: sometimes to match the inspiration, sometimes just for aesthetics. As I stated in a previous post, Smash 4 can’t be blamed that their source characters aren’t that diverse in race, gender, and body type. However, with the ubiquity of palette swaps in the fighting-game genre, at least the characters could be a little more diverse in race. This is not the case. Most of the characters keep a relatively similar skin tone in all of their costumes. Little Mac can get a bit tanner, but not substantially. 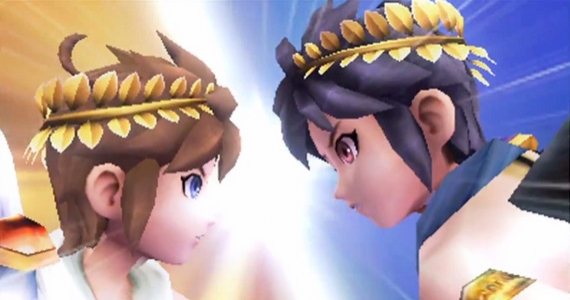 However, the few characters who can change their skin color via palette swaps (not counting animals and Pokemon) are bad guys. Specifically, Dark Pit and Ganondorf. This leads to… unfortunate implications. To sum it up, it feels like if you want to be brown, or dark skinned, you have to be a villain or at best, an anti-hero. This is troubling to say the least. This is distressing especially with the Animal Crossing villager character, as in some of those games, the character can tan to pretty dark levels. There’s no reason why they couldn’t have given the Animal Crossing villager that option in Smash 4.

I can’t even give Nintendo the benefit of the doubt and say that this is an oversight only in Smash 4. To bring up another example, Cia from Hyrule Warriors is possibly one of the worst characters in modern times. As a villain, she’s on equal footing with other male villains. She had the same successes and failures as every other villain, so at least the writers didn’t relegate her to frail woman tropes. However, this is where the good points end. Cia is obviously dark-skinned, and is consumed by the forces of darkness. (Evil, essentially.) Next, she has a quite sexualized outfit. (Team Ninja clearly worked on this game.) In addition, it’s pretty much explained that her entire reasoning in attacking Hyrule is because she’s jealous of Zelda and Link’s destined love. This is racism and sexism intersected, and it’s very bad. Compounding the racial element (and this is the main spoiler) is the fact that Cia is the other half to another playable character on the hero side, Lana, who is far more fair skinned and less objectified.

One of Cia’s downloadable outfits somehow makes this dynamic worse

I bring all this up not to hate on Nintendo but to point out how subtle, lazy decisions can lead to harsher meanings. I’m not suggesting that Nintendo is purposely trying to push stereotypes and negativity, but without careful analysis, these ideas can still be reinforced, no matter what their intent was. As a Black person, it hurts to see my skin color reserved as a dumping ground for the worst character tropes. Representation matters, but what good is it if it’s poor representation? Sure, I want more Black characters, but it doesn’t help me if they’re all drug-addicted caricatures. And what benefit do we get from having more female characters be objectified?

These are easy things to fix, to be honest. If games have the option to change colors around, it would be nice to have the option to change the skin tone for every character (unless there is a specific reason, like Dark Link being literally black, as he is a shadow, as are his clothes, swords, and accessories). When new characters are created, consider making some protagonists characters of color, or at least put them on the good side. Raceless characters can help sometimes, but often it just makes things more sketchy. We’re seeing more progress in games, especially from the indie sector, but we have a long way to go. But we can’t move past our problems if we never take time to point out why it’s bad. Until things are better, I’ll be here waiting for a Legend of Zelda game with brown protagonists.

6 thoughts on “Nintendo Has to Do Better With Race”