This Trailer Tuesday might be a little self-indulgent, but bear with me here. While I’ve dabbled in Harvest Moon, I wouldn’t go so far as to call myself an expert in the game. Indeed, my interests usually end up being mining and cooking as opposed to filling my entire farmland up with crops and livestock. Luckily, the series lets the players play however they want without punishing them for, say, spending all their energy digging up precious gems and then fishing instead of talking to people. This freedom of choice is something that makes the series great. And this precedent of choice is what made A New Beginning one of the worst Harvest Moons I’ve ever played. I find no joy in a Harvest Moon game that’s all tutorial and forcing the player to do uninteresting tasks to get more people in their town. As such, I haven’t really been into the series for a while. However, despite getting badly burned on ANB, I can’t help but be excited for the upcoming installment: Story of Seasons.

I have to take a step back here and explain something: Story of Seasons isn’t technically a Harvest Moon game. In a complicated turn of events, as happens when a company goes through many mergers and expansions, Marvelous Entertainment (Harvest Moon’s developer) acquired the localization team at X-Seed Games, while Natsume (Harvest Moon’s previous localization team) held onto the “Harvest Moon” name. With that name, Natsume released another farming simulator (Harvest Moon: The Lost Valley), but I haven’t heard anything good about it, so I think we can assume Natsume’s developing skills are about as good as their localization and bug finding skills—not very. Make no mistake, though: Story of Seasons is the next installment in the Harvest Moon series that we all know and love.

Like many other games of this series, Story of Seasons follows a simple plot: the player character has grown bored of their life, and ends up running a farm. In this case, the player character finds a flier stating that somewhere named Oak Tree Town is looking for a farmer to take over one of the town’s ranches. And, as usual, it’s up to the player to make the ranch a success as well as bringing commerce back to life within the town. 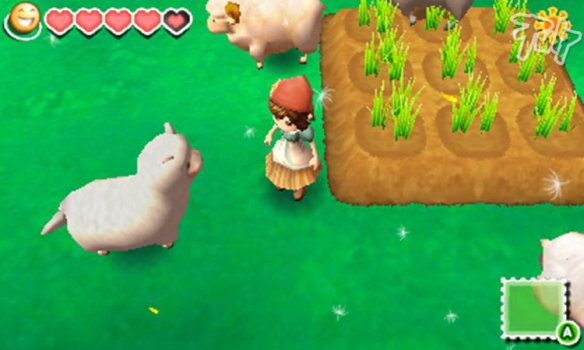 One of the things I’m most excited about is the character creation. Ever since Animal Parade for the Wii, Marvelous has been experimenting with character creation, though it started with things as simple being able to change a character’s clothes. Now, however, the system seems to have been re-vamped with more clothes, hair, and skin color options than ever: something that honestly should have been implemented much earlier in the games. And while I’m also excited about how nice the game looks artistically and how the bachelors/bachelorettes can propose to the player rather than only the other way around, there are some things that I’m not so keen on.

For one, the seeming tediousness of the game. Don’t misunderstand; I’m well aware that these farming sims are based on the day-in and day-out of scheduling farming, taking care of animals, talking to villagers, and whatever else one decides to do on that day. However, even with the added “easy mode”, some of the goals the players are forced to reach to unlock things are boring and frustrating. (The first rucksack expansion is 100,000G? Do you think I’m made of money?) 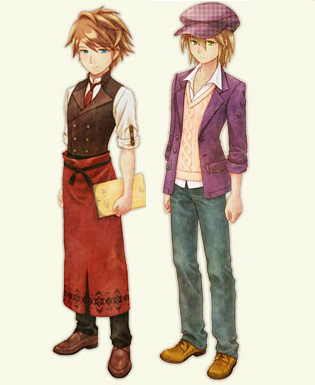 THIS IS THE SAME FUCKING DESIGN, OH MY GOD. (Yes, these are two different characters.)

More importantly, though, the bachelor/bachelorette designs just seem so uninspired. I love their designs, but put next to each other, it’s clear there’s a distinct lack of diversity. Of course, Japan has a different relationship with race than the United States or anywhere else, but there’s always the one token Black guy for girls to marry, and as one of my friends pointed out, they always have white hair. Which begs two questions: why aren’t there more Black bachelors or bachelors of different ethnicities, and why are there never any women of color for the boy characters to date? Honestly, I would have hoped that after this many installments of the game, if not in terms of bachelors and bachelorettes, there would have been at least one or two other people of color hanging around in the village, but no. Additionally, I would have liked this game to be the one that reintroduced the “best friend” system from Harvest Moon DS Cute. For those unaware, the “best friend” system allowed the girl protagonist of this game to become “best friends” with another female villager, replacing the option to have a husband. Essentially it was a lesbian marriage. Hell, you even gave the girl you were interested in the blue feather (the traditional Harvest Moon way of proposing to someone) and the two of you were gifted a kid from the Harvest Lord! Although this system didn’t really make it over to the English release, its existence is by no means a secret. And while I don’t expect this series to immediately hop into “everyone is marriageable by all player characters!”, it would be nice to see some non-straight options. Maybe next game.

Story of Seasons debuts in the U.S. on March 31, but I would hold off on buying it on release day unless you’re a huge fan of the series already. Personally, I want to hear just how difficult it is and a full list of which mechanics are being brought over before I make a purchase (if freshness rating is a thing again, I’m going to dunk Marvelous in the trash). However, if you’re looking to make a farming sim purchase this year, please make it Story of Seasons over The Lost Valley—though they may have lost the Harvest Moon brand, Story of Seasons is still Harvest Moon in my heart.