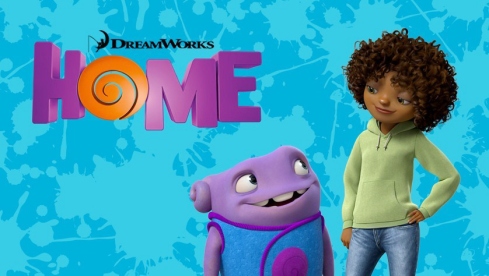 When it was announced that The True Meaning of Smekday was going to be made into a movie called Home, I was beyond excited. The True Meaning of Smekday is a fun book about an alien invasion that’s actually about colonialism and imperialism, and it stars Gratuity “Tip” Tucci, a biracial girl who, along with her cat and an alien Boov friend, saves the Earth. How cool would it be to see this on the big screen?!

Well, as it turns out, it wasn’t that cool. As an adaptation, Home fails on almost every conceivable level. It’s no longer about colonialism or imperialism except in the most shallow of ways, and what’s worse, Tip can no longer truly be called our protagonist. However, because the plot of the movie is so different from the plot of the book, I think it’s worthwhile to judge the movie on its own merits, and write a post comparing the two when I’ve seen the movie again or when the DVD comes out. Unfortunately, as a Hollywood film, Home turned out to be a predictable, only casually funny, dull movie.

Home starts with the Boov, an alien race who have taken over the Earth. A lovable misfit Boov called Oh is excited to move into the new human apartment that’s been allotted to him—the humans have all been relocated to Australia, as we later find out. Oh thinks that now that he’s in an apartment, with Boov right next door, he’ll finally be able to have friends. He sends everyone an e-invite to his housewarming party—he even, in his excitement, accidentally sends it to the entire known universe, including the Boov’s sworn enemy, the Gorg.

So Oh, unfortunately, has to go on the run. The Boov want him brought to justice, or at least, they want to find his email password so that they can stop the email before it gets to the Gorg. While hiding, he runs into Tip, a young Black girl who’s escaped human relocation and is now searching for her mom. Together, they team up—Oh says he’ll help Tip find her mom as long as she helps him hide from the other Boov. Along the way, Oh realizes that Captain Smek, the leader of all the Boov, stole a small rock from the Gorg a long time ago, and that’s why the Gorg have always been after the Boov—they want that rock back. With Tip’s help, Oh manages to return the rock to the Gorg and bring an end to the Boov/Gorg feud. Presumably he also ends the Boov occupation of the Earth, but that’s more implied than outright stated. 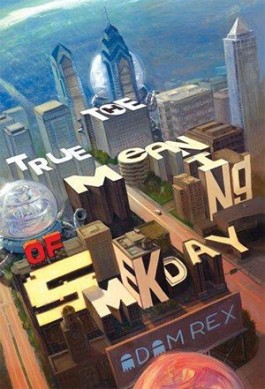 The most glaring difference from the book, as much as I said I would save the comparison for later, is the role of Tip. In the movie, Tip is, at the very most, Oh’s co-star, which is tremendously unfair, since Tip is not only the book’s protagonist but also the book’s narrator. Apparently this was too much for Hollywood. But what we did get of Tip in Home is still a huge positive for representation. Her animation alone is brilliant—her natural hair looks incredibly realistic! She’s not stick-thin like some lead girls, and neither she nor her mother are ever sexualized (a shame that even has to be mentioned, as she’s a teenager). She’s intelligent, brave, and resourceful, like her book counterpart; though movie Tip has a bit of a different racial background (she and her mother are immigrants from Barbados, as opposed to mixed-race), she talks about it in the movie and her experiences have clearly had an effect on her as a person. With Tip and her mom, the movie breezes past Bechdel easily.

That Tip exists on the big screen, in a movie that’s made more than 200 million dollars worldwide, is a huge deal. She’s not the star of the show, and that deserves our outrage, but neither is she yet another negative example of a Black girl or woman. People who have never had any significant interactions with Black people in their lives—particularly young kids, the target demographic of this movie—will finally have another example of a capable, kind, and determined Black character. And the people who were worried about Rihanna voicing the lead role? They shouldn’t have been, because Rihanna does a fantastic job as Tip and has some amazing songs on the soundtrack, to boot.

Unfortunately, Oh the Boov, voiced by Jim Parsons, was not as great a character as Tip. The alien Oh is coded male, and from the beginning comes off as your typical male lead, for all that he’s an alien: he has no friends or social graces and can’t do anything right. Lo and behold, of course Oh overthrows Captain Smek, the Boov leader, becomes leader of the Boov, and saves Earth from the villain. The ending is unexplainable: apparently Boov and humans now coexist in peace on Earth, and there’s plenty of room for everyone to live together. Is there any pushback from this alien invasion? Who knows. (Also, every time Jim Parsons spoke, I could not stop thinking of Sheldon Cooper because he used all the same vocal cadences as his Big Bang character. It’s called acting, Jim, please step it up a notch.)

And the rest of the movie offers little to redeem itself. The first half of the movie is boring and difficult to watch, and every plot turn afterward is predictable. Of course Oh and Tip would get to Boov command in order to stop the email from going out. Of course the Gorg would come anyway. Of course Oh would discover an easy, painless way to stop the Gorg from destroying the Earth. The producers decided not to go with the book’s more nuanced themes of colonialism and imperialism, and the theme that they ultimately went with—learning to love yourself and each other and not be lonely—is a theme that Hollywood has covered approximately a kazillion times before. The male-coded character gets the win and everyone’s learned the true meaning of love. Yes, the movie had some funny jokes, and the marketing will be great, what with the squishy aliens and the cat and all, but in the end, save for Tip, Home is not a particularly laudable movie, and I would pass on watching it.

4 thoughts on “Home is Nothing to Write Home About”