Honorable mentions (because I have many many headcanons and I love them all dearly): Harry Potter, Lydia Martin (Teen Wolf), Bolin (Legend of Korra), Howard Stark (MCU), Barry Allen (The Flash), Dana Cardinal (Welcome to Night Vale).

He may be only a minor character, but I’m very fond of bisexual Dean Thomas, the artistic brave Muggle-born kid. He has a canon romantic relationship with Ginny, of course, but other than that, whenever he makes an appearance in the books, he’s always with Seamus. It’s not so difficult to imagine that the two boys could fall in love (which, if you ask me, is totally what happened and they lived happily ever after). Then there’s, in my opinion, Dean’s rather obvious crush on Professor Lupin. I mean, everyone loved Professor Lupin, he was the best Defense Against the Dark Arts teacher they ever had, but who can say that Dean didn’t have an actual crush on him? In my headcanon, he totally did. 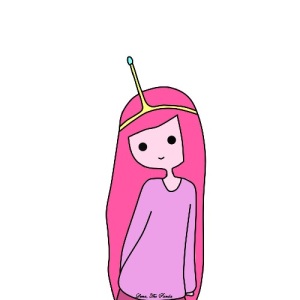 This one could be argued to be canon but since it wasn’t made that clear on the show itself, I’m putting it in the headcanon category. Princess Bubblegum has a clear love interest in Finn, although, he always appears to be more interested in PB rather than the other way around. However, Bubblegum also has a relationship with Marceline the Vampire Queen which has strong hints of romantic undertones. I’m particularly partial to bisexual Bubblegum because she’s the sort of character I would like younger me to look up to—a scientist, a leader of her people, someone who embraces her own strangeness and that of others, and also bi. 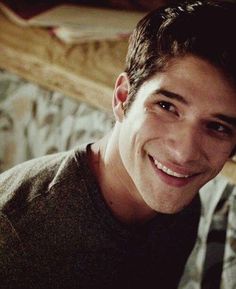 There are a lot of characters in Teen Wolf that I headcanon as bisexual, but I want to highlight Scott, because he’s the hero of the show and we could use more bisexual heroes who are not broody anti-hero types, but instead are bubbly positive guys who always want to save everyone. Scott has canon romantic relationships with girls, but he has chemistry with boys, too, especially Isaac and Stiles. I can totally see how Scott could just fall in love with many people at once, without even realizing it at first. When he does figure it out, it causes him no pain, because he knows that love is good. And that would be just beautiful representation.

When Sleepy Hollow debuted with its wonderfully diverse cast, I thought for sure we’d get some LGBTQ+ representation. It has yet to happen, but I’m holding out hope. Meanwhile, I’m particularly fond of my bisexual Abbie Mills headcanon. She’s a smart, kickass police officer. She could’ve been FBI. She’s basically the last hope of all humanity. And she patiently teaches Ichabod about selfies and stuff. As far as we know she’s only been attracted to men, and she clearly (I mean, clearly) has feelings for Ichabod, but why couldn’t she be bi? And have an ex show up in Sleepy Hollow again and join the fight against the Apocalypse? Wouldn’t that be great? 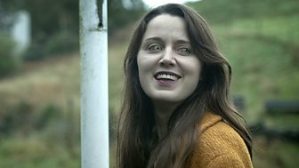 I love the type of bisexual character who just falls in love with people, often and a lot, and Amy seems just this sort of young woman. It’s like her whole being is love. Love for life and love for people, it doesn’t really matter what their gender is. Before ITF was sadly and unfairly cancelled, she fell in love with Kieren, Simon, and, finally, Phillip, but I’ve also always thought that there could have been something between her and Jem Walker.

This one is all but canon at this point (especially to those like me, who pretty much gave up on the show itself, and pretty much only read fanfiction these days). I love bisexual Dean because at a first glance he seems to be a typical manly man—he’s into cars, chicks and rock’n’roll, but then there are other little things, like the fact that he doesn’t even try to hide his excitement about meeting Dr. Sexy, not to mention the intensity of his relationship with Cas. Bisexual Dean Winchester just makes sense. 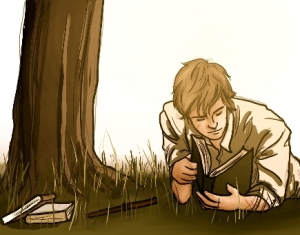 Remus is my favorite character in my favorite series. As a teen, I looked up to him as a great teacher. As an adult, I relate particularly to his struggles with being a werewolf, thinking that he’s not good enough, surprised to have people who care about him and include him. And then there are his relationships—his canonically romantic relationship with Tonks, but there’s also his relationships with the Marauders, especially with Sirius. They are friends, sure, but it is a very intense kind of friendship, and I can see how it could have turned romantic, especially during Order ff the Phoenix, with them shut in #12 Grimmauld Place. And for goodness’ sake, they bought Harry a joint Christmas present. Not to mention that werewolfism can be a metaphor for HIV, a disease that is often unfairly associated with the LGBTQ+ community and especially the men of the community.

Also, I just love the idea of a young boy Remus having crushes on/falling in love with his friends, no matter their gender, and probably not telling anyone about it until James and Sirius figure it out. It especially brings Remus and Sirius closer because Sirius, in my headcanon, likes guys too.

Peggy is the bi feminist heroine we all need. She loved Steve Rogers and she loves Angie Martinelli, it’s obvious and beautiful. That’s all.

The original John Watson character in Arthur Conan Doyle’s stories is often interpreted as bisexual, but I’m particularly rooting for a bisexual Joan Watson who is an accomplished, poised, smart woman of color and a great feminist role model. Even though there isn’t much in the text to support this headcanon, I feel it would be a great character development for Joan to figure out her bisexuality at this point in her life. As Sherlock keeps remarking, she’s been going against her unconventional nature when striving for “normal” relationships. What if the reason for that is her being unaware or trying to repress her bisexuality? It would be such a great storyline to explore and bring focus to Joan, including her early life, relationship with her family, and so on. Also, I don’t think I’ve ever seen an adult bisexual coming out story and it could be amazing.

The bi community has claimed Steve Rogers for their own and that’s that. Even though in the movies, it hasn’t been made explicitly clear that Steve is romantically attracted to men, his meeting Sam Wilson is presented in pretty much the same way as when a girl meets a boy in romantic comedies. Steve’s body language in their subsequent interactions mimics the way he acts around women he’s interested in. In addition to all these signs, Steve Rogers would be amazing bisexual representation—he’s a superhero, a good guy, people look up to him, and his portrayal isn’t hypersexualized, which bisexual people get rarely, if ever.

So, here you have my favorite bi headcanons! Do you have any of your own?