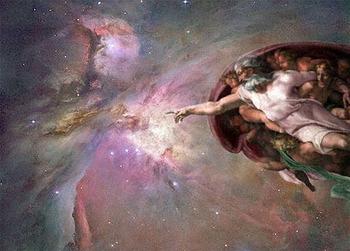 Many of you probably think of religion and science as always constantly at odds. And while it’s true that religion and science often disagree with each other, many of you probably don’t realize that devoutly religious people have contributed to science. Catholic Jean-Baptiste Lamarck developed the theory of inheritance of acquired characteristics (a sort of early theory of evolution). Fr. Georges Lemaître was a cosmologist and Catholic priest, and is the father of the Big Bang theory. Of course Catholics aren’t the only religious people to contribute to science. Obviously, Albert Einstein, one of the most famous and influential scientists in history, was Jewish and was agnostic but strongly identified with his Jewish heritage, and Judaism was a major influence on his life. Jonas Salk was devout in his Jewish faith (and often seemed annoyed by the religion vs. science debates) and a medical researcher. He is famous for developing the first polio vaccine. Jābir ibn Hayyān is both Muslim and the father of chemistry. Abdus Salam, another practitioner of Islam, won the Nobel Prize in physics for his electroweak interaction theory. In fact, it’s because of his faith that Salam pursued science. He said:

The Holy Qur’an enjoins us to reflect on the verities of Allah’s created laws of nature; however, that our generation has been privileged to glimpse a part of His design is a bounty and a grace for which I render thanks with a humble heart.

So there are a lot of scientists throughout history who contributed greatly to their field and still loved and professed their faith. But you wouldn’t know that if you looked at our pop culture. Almost every science-minded character is an atheist. There is nothing wrong with having a lot of characters be scientists and atheist or agnostics (in fact, it’s important to have characters like that), but I worry that if every science-minded character is an atheist or agnostic, we end up perpetuating the conflict between religion and science.

Mohinder Suresh from Heroes was a scientist and an atheist. Ant Man, Reed Richards, and Iron Man are all brilliant scientists and atheists. In Star Trek we have an entire race, the Vulcans, who prize science and logic, and while they follow the philosophical teachings of Surak, they abandoned their previous religious beliefs after embracing logic. These are some of the few science-minded characters that are atheists. Again, there is nothing wrong with with these characters being atheists. But it’s difficult for me to think of any character, at least in geek culture, who is a scientist and religious. In fact, if you are a regular follower of our Oh, My Pop Culture Religion column, you’ll know that more often than not, religious characters are portrayed as unstable and ignorant. And while there are bad people in all faiths, that doesn’t mean that all people of faith are unstable and ignorant. There is no reason that a character like Mohinder couldn’t have been both a devout follower of Hinduism and an excellent scientist. Or that Tony Stark couldn’t have been a brilliant scientist and a Christian, a Pagan, or heck, even spiritual but not religious, as many Americans today are. 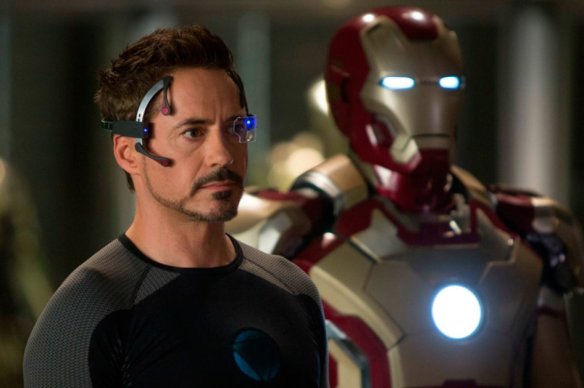 Having almost every science-minded character in our geek culture be an atheist perpetuates the idea that religious people are stupid, ignorant, and ignore all scientific findings, no matter how much proof there is. And religious people who do proclaim that scientific findings are “lies” or “of the devil” could be influenced by religious science-minded characters in our media and maybe change their opinion on some things.

Religion and science are actually very compatible. For instance, any time I use a piece of technology, whether it’s my car, my smartphone, or even my toilet (seriously, indoor plumbing is awesome), I think about is how awesome God is. Do I think God magically brought these things into being? No, but I think God created human beings and any good thing we are able to create is a gift from God in a lot of ways. For me, justifying religion and science is the same as justifying my faith, my feminism, and my pansexuality. People view these things as contradictions, but I see it as proof of God’s infinite diversity. Why can’t characters in our media do the same? For example, what if Mohinder was a follower of Hinduism and a scientist whose primary focus is evolution? While he travels the world and meets amazing people who are suddenly developing fantastic powers, perhaps he reflects on how the concept of Dashavatara can be seen as having some similarities to Charles Darwin’s theory of evolution. Dashavatara refers to the ten avatars of Vishnu, the Hindu god of preservation; many people see the progression of Vishnu’s avatars as being very similar to that of the theory of evolution.

A person’s religious beliefs can influence what they want to do, and for scientists this is the same. For example, John Rock was an American obstetrician and gynecologist who invented the birth control pill. Obviously, that did not go well, but John Rock’s faith still influenced how he proceeded in his field. Dr. Erskine, from the Captain America comics and movie, was a German Jew whose persecution inspired him to create the super solider serum in order to help the Allied Forces beat the Nazis. His faith obviously influenced his career in science and even his reasons for choosing Steve Rogers as the first person to use his serum. We need more characters like this.