Teen Wolf is coming back at the end of June and I am very excited! Last season, like most seasons of Teen Wolf, was good, bad, and problematic. Every year I hope it will get a little better and every year I’m sadly a little disappointed. Now don’t get me wrong; Teen Wolf is not at the level of Supernatural, which I watched despite the fact that I almost constantly wanted to bang my head against a wall. But Teen Wolf has its own set of problems. Despite the diverse cast, Teen Wolf still tends to portray minorities poorly (or they’re just murdered). The women tend to be portrayed decently, and are usually not just love interests, but they do have a problem with ending up dead far more often than the men. There are many problematic, ableist tones in the show, which seem to just get worse instead of getting better. And don’t get me started on the show having a token gay character, which shouldn’t even be an issue considering there have been at least four gay characters on the show. Then there is the constantly rotating cast that makes it difficult for any good writer to construct a decent plot, especially when your main characters leave every other season. I can already foresee a lot of issues in the upcoming season, but my fingers are crossed that the good parts can be salvaged.

So instead of focusing on everything that could go wrong, I decided to think about what I hope will happen in the upcoming season of Teen Wolf.

1. Please God Let Braeden Be on the Show More

At the end of Season 4, I was really excited because it seemed like Braeden would be getting much more of a story arc. Though Braeden did get a lot of play the previous season, a lot of her background was just hinted at and never actively explored. It seemed like the show was setting up for it, though. Braeden explains to Derek that she lost her job hunting the Desert Wolf, who we already know is Malia’s mother. And considering that Malia is Derek’s cousin as well, I was predicting a whole lot of fun, interesting drama revolving around these three characters, especially Braeden. However, news that Tyler Hoechlin (Derek Hale) was downgrading to a supporting role in the show made me nervous. Though Braeden was kind of connected to our characters through Scott—and even Peter to some extent—she was mainly connected to our other main characters through Derek. And with Derek taking a more background role in the show, I thought that Braeden might disappear. If there is one thing I would beg the writers for, it’s to keep Braeden around, especially since she is so obviously intimately tied into Malia’s plotline. There is no reason Braeden shouldn’t be a main character just because Derek’s not one anymore. And Teen Wolf has not really been the best when it comes to Black characters (I’m still mad about Boyd), so really, it’s time for Braeden to take center stage.

2. Please Bring Back Danny and Caitlin 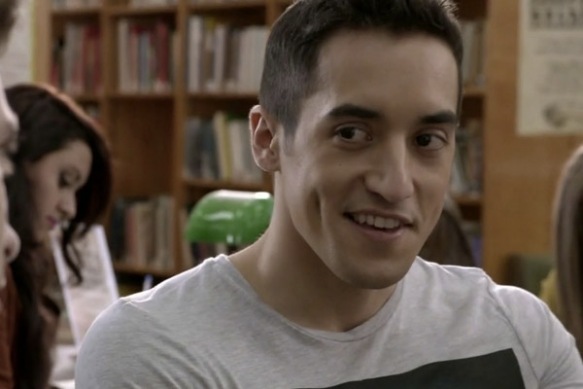 At the end of Season 3, it’s revealed that Danny knew about werewolves the whole time. Most of the fans thought this meant Danny would finally become a series regular, get more screen time, and bring some much needed representation. But alas, Danny disappeared without a trace in Season 4 (despite how useful he would have been that season). There wasn’t even a mention of what happened to him. It’s time for Danny to come back and be featured as a main character. But Danny isn’t the only queer character I want to return.

Caitlin was brought onto the show because Jeff Davis heard the fans’ pleas for bisexual representation. Even though fans wanted Stiles to be bisexual, since having a main character be bi would be awesome representation, I was excited for Caitlin’s appearance. Queer women rarely get the same representation as queer men, and bisexuality in general is a mostly ignored sexuality in our media, so I was really looking forward to learning about Caitlin. Sadly, we only see her twice; the first time her sexuality isn’t mentioned, and the second time her sexuality is basically used to queerbait Stiles’s bisexuality. Since it’s pretty clear by this point that Stiles won’t be bisexual, I want—nay!—demand that Caitlin return to the show as at least a supporting character.

3. Please Make Mason a Main Character and Not an Idiot 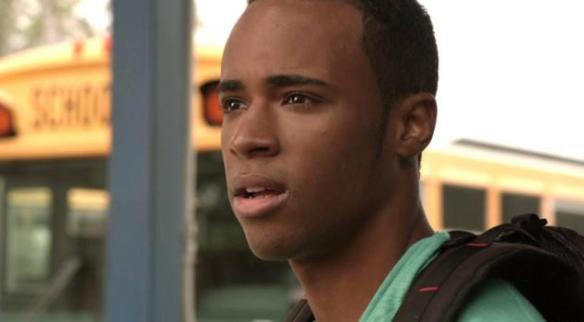 This falls along the same lines as the last one. Mason appeared in Teen Wolf as the gay friend of newly made werewolf Liam not long after Danny’s disappearance. Sadly, it seemed Mason was going to be regulated to the same space as Danny: “the queer best friend of color to a white main character”. I loved Mason but was very upset about the role he was obviously fulfilling in the story. However, at the end of Season 4, Mason ends up stuck in a dangerous situation with Lydia, which leads to the supernatural being revealed to him. Sadly, this doesn’t mean that Mason will now know about the supernatural and get a main or even just a larger role, as the writers always mysteriously have their characters not realize they literally faced a magical being. More than once, a character from Teen Wolf has been confronted with the supernatural and then they just conveniently doesn’t remember anything about what happened or rationalizes it as something else. It’s silly and makes the characters seem stupid (even geniuses like Lydia!). So can we please not do that to Mason and upgrade him to main character status while we’re at it?

4. Can We Abandon the Eichen House Plotline? Please!? 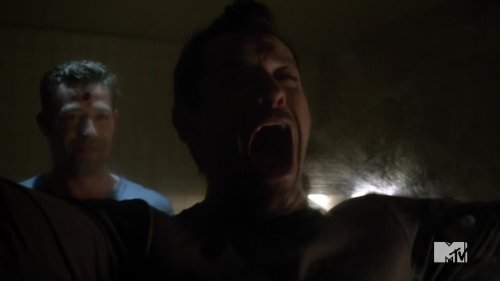 Ugh! Eichen House! The poor man’s Arkham Asylum was introduced in Season 3 and Ace and I have been cringing about the ableism the whole thing represents ever since. At the end of Season 4, however, it’s revealed that Eichen House has a secret prison filled with insane supernatural baddies. And our heroes decide to put Peter there, because none of them are familiar with Batman! Peter is a very bad man, but also very smart and it’s not hard to guess that Peter will probably break out and release all the other scary prisoners while he’s at it. I don’t know how to fix this ableist nightmare so I’m asking the writers to just abandon it, please. Just leave Peter there and let us never speak of Eichen House’s existence ever again. 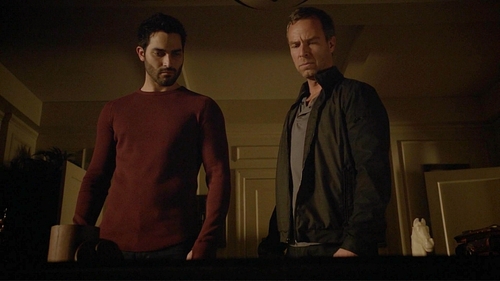 What!? Yeah, no one ships this but me, and yeah, Chris and Derek are practically written out of the show, but I’m allowed to want one frivolous thing right?! Besides, they are clearly perfect for each other…. no, really!

Well, there is what I hope happens next season. What would you like to see in the upcoming season of Teen Wolf? Do you agree with what I have listed here? Let me know in the comments!