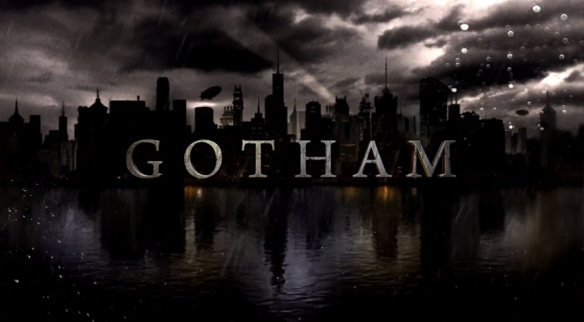 Well, Gotham is… it… it exists. When Gotham first premiered, I was excited beyond words. Like, wow, a Batman prequel that’s going to chronicle how both Batman and all his rogues came about! It has to be good! But whatever I was expecting, that isn’t what I got. Gotham’s first season was too long, tiring, and boring, and by the time the last episode came out it was a chore to watch. I certainly didn’t expect its first season to be perfect—all shows have problems when starting out—but I definitely didn’t expect it to be this bad. Spoilers and trigger warnings for sexual violence and graphic descriptions of violence below.

This is about the part of the review when I summarize the plot of the show, but normally when I do that, I at least have an idea about what the fuck was going on. Gotham was all over the damn place, and I’m not sure anyone involved in the writing process knew what to do with the story. As far as I can tell, this is what the show is about: the Wayne murders launch an investigation into corrupt dealings with their company, and then an unrelated mob war happens while James Gordon does some stuff that has nothing to do with anything.

I’ve mentioned before that the story’s biggest problem is Gordon. Too many things happen all at once, and Gordon’s character struggles to be part of the big picture. First he tries to look into the Wayne murders, and even though his defining character trait is his tenacity—he doesn’t quit cases until he solves them—he stops looking into the murders at Bruce’s behest. So right away, there is now nothing tying his character to the event that got our plot started. Though Gordon also has some connections to Penguin, he stops going after the mob about halfway through the season as well, so now there’s nothing tying him to that plotline either. 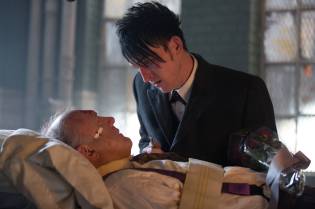 For the last episode, “All Happy Families Are Alike”, Gordon is around for the mob war, but even then, I’m not sure how necessary his character actually was to the grand scheme of things. While Gordon certainly works as a supporting character in all the other Batman stories, Gotham proves that he cannot be a compelling main character. And it’s sadly not only Gordon that got stuck in a shitty role.

Both Fish Mooney, who was my favorite character, and Barbara Keen had some of the worst roles in Gotham. It has gotten to the point that I don’t know why either these characters were even included in the show. Fish was an alluring character when we first meet her—she’s cunning, smart, intriguing, and knows how to play people. However, after Falcone discovers that she’s betrayed him, Fish is taken to the Dollmaker—a man who runs an illegal and secluded hospital, where he steals body parts from healthy people to give to his patients. He also punishes people by cutting them up and sewing a bunch of body parts from other people onto them. It was both disgusting and unnecessary. Thankfully, he doesn’t do this to Fish, but after she gouges out her own eye, he gives her someone else’s eye to prove that he could if he wanted to. Fish eventually escapes from him, only for Penguin to throw her off a building right afterward, so I’m still not sure what the point of this entire storyline was.

As for Barbara, it is almost baffling how horribly written her character is. Not only is her story biphobic—she cheats a lot and sleeps around, which is a common stereotype bisexual people face—in the last couple episodes, her character arc is the worst thing ever. She and Gordon break up, and then she is kidnapped by a serial killer who calls himself the Ogre. Following that, the Ogre sexually tortures her and forces her to help him murder her own parents. After the Ogre is killed, Barbara then attempts to murder Gordon’s new girlfriend Lee for some reason. I don’t know why, because I had so little fucks to give at that point that I fast-forwarded through the scene.

And what’s so horrible about all of this is that Gotham didn’t have to be this bad. When the show started out, it had some good things going for it. It did a pretty decent job handling mental disorders for a few episodes—it even had one episode with a mentally ill bomber, and the story went out of its way to show the bomber as sick and not evil. And it also didn’t condone violence against him. Then there was Montoya and her partner, and they were both interesting. But then they disappear for some reason and we don’t see them again.

There are plenty of shows I’ve watched that have had fairly mediocre first seasons, but none this bad. What potential Gotham did have was squandered. Hopefully, it will not be back for future seasons. But at the very least I can say that the show is so bad that if it is renewed, there is literally only room for improvement.

3 thoughts on “If It Can Go Wrong, It Certainly Will in Gotham’s First Season”