We’ve done some very important things in this space, calling your attention to exciting creators, great games, and sharp analysis. Heck, you might even learn something.

This week, you’re getting a bird.

I been working on my summer bod: it the same as my regular body, but this time more popsackles in it. 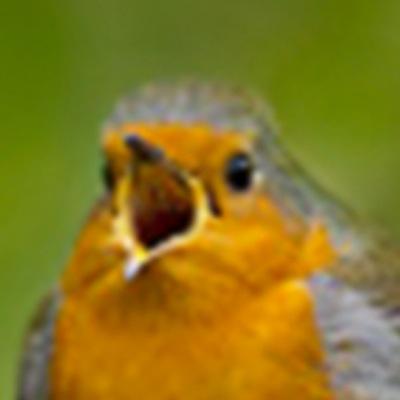 Okay, birdsrightsactivist isn’t exactly classic literature. But it is, somehow, the funniest thing out there, at least on a word-for-word basis. No human has yet stepped forward to claim the account, which leads to the inescapable conclusion that this account is run by an actual, factual, goddamn bird.

I have two potata chip but only one mouth. My life is complicated

A creature of the Internet, Bird has apparently picked up on how to claim oppression despite millennia of privilege with the power of flight.

You can’t make me sing at homosapien weddin i refuse. Don’t beg. Ok you can beg a little. I sing best. In demand..ok you convince me I do it

With the attendant shortage of reading comprehension.

author of antibird screed “to kill a mockingbirb” is publish more book??What she gonna call it this time “a illustrated guide to birdicide”?

“”glueten free”” is affront to MY LIBERTY. what next, they take away every cakes????? Sorry but NO THANK YOU. #FreedomOfWheat

And neologisms designed to appropriate the oppression of others.

Everytime you not talk about bird, you commit misaviary. check mate ahteists.

homepath cure for afflict humanitis: i put a hundreth essence of bird in each pill so after eat 100 pill you is 100% bird. it math I science

But then sometimes, it’s just a bird.

While much of @ProBirdRights is lolcat silliness in a new species, the feed lingers right at the edge of becoming a coherent satire of life and discourse on the Internet in 2015. This isn’t just an animal speaking broken English, it’s a recognizable internet commenter, steeped in its own prejudices and brashly unaware of its own shortcomings.

The Obama-centered paranoia and implausible constructions of liberty and freedom melt seamlessly into Tea Party gibberish, while the appropriation of social justice language puts the Bird’s Rights Activist awfully close to the Men’s Rights Activist—with similar nonsensical entitlement. “Misaviary” parodies “misandry”; another tweet attributes the basic functioning of society to anti-bird prejudices, and, then, of course, the MRA favorite:

When I say “all squirrel smelly liars and should be banish to the very farthest outerspace,” it actually about ethic in game journalism

Away from politics, Bird obsesses about food and tweets the minutia of daily life as ably as anyone else on Twitter.

That’s what gets a bird nominated for Shorty Award.