It’s summer! We passed the solstice on Sunday, and the season finally turned, meaning we can leave behind a nerd culture spring that was unusually dark and full of terrors. The spring seasons of Game of Thrones, Agent Carter, and Orphan Black have all come to a close, and the MCU will pass from the Age of Ultron to the Age of Ant-Man.

And while that list has some peaks and valleys in terms of quality, there has been a real unifying theme: the realms of science fiction and fantasy have become truly effing bleak.

In genres long renowned for escapism, we have become obsessed with escaping into nightmares.

If you like soul-sucking bleakness on Sunday nights, well, HBO delivered in spades with the fifth season of Game of Thrones. We’ve discussed the shocking cruelty thrown at the characters this year, particularly Sansa and Shireen, but even away from the horrors of this adaptation, the show did crystallize the book series’ theme that feudalism and the feudal era was effing awful for effing everybody.

Sophie Turner got to keep her direwolf, though. There needed to be a happy thing. (via gawker)

That’s an important point to make, even if they’ve gone way, way, too far and decided to go only for the shock value. A Song of Ice and Fire is, in many ways, a reaction to Lord of the Rings, swapping a pastoral vision of magic and chivalry with the blood and death that accompanied medieval politics. Lord of the Rings has dominated high fantasy in recent years, with its two trilogies nabbing six of the top forty box office totals of all time.

There are real dangers to idolizing that medieval/pastoral world—the term “chivalry” has itself come to mean antiquated gender roles, and the stock fantasy image of knighthood conveys a false belief that warfare is noble, glorious, and righteous, despite the fact that knights had more in common with the brutes of Westeros. More, this form of fantasy engenders a nostalgia for its sharp class divisions, and particularly the wisdom of a King over the chaos of the masses. Game of Thrones vision of corruption and stagnation is a worthwhile counterpoint, but its bleak vision offers no counterpoint, and viewing has become increasingly laborious.

Agent Carter plays the same game in key ways. Instead of a pastoral fantasy, Peggy sets up shop in 1946 New York. She stands at Peak America—the nation revels in the public defeat of Nazi Germany and the more private destruction of HYDRA. This is the world that Steve Rogers saved from evil, and Cap offers the most uncomplicated vision of American power and righteousness out there.

But Steve has been lost, and it appears the American Dream went with him, behind the classic cars and incredible clothes. The triumphant SSR is, at best, a club of bro-y patriots. Howard Stark may be wrongly accused of treason, but he has earned the scorn of the world by producing a series of ever more powerful weapons. Peggy is locked out in a world of increasing sexism and heteronormativity. While her victories this season are real, her world is grim, and like Game of Thrones, serves to oppose the common nostalgia for that era. 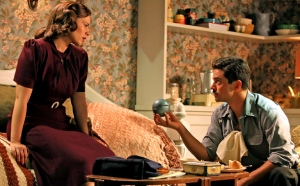 Orphan Black and Age of Ultron aren’t historical pieces; both have a contemporary setting mixed with futuristic technology. Tony Stark provides robotics and computing, Dyad provides bioengineering. And while both have long been treated skeptically, this season felt like a tipping point.

Project Leda was deeply offensive, but it didn’t lash out at the world. Cosima’s illness was due to its failures, not its success. Transitioning to Project Castor this year, the threat elevates dramatically. The Castor boys are serial killers, serial rapists, and vectors for a disease that will sterilize their victims. These aren’t the consequences of scientific glitches, but the express goals of its leadership. Biotech is not only unsettling, but actively malevolent. Dyad was able to keep Cosima, Delphine, and Scott on the payroll because it plausibly offered some real hope to the world. Castor had nothing of the sort, and the season finale prepared us for something even more terrible on the horizon. 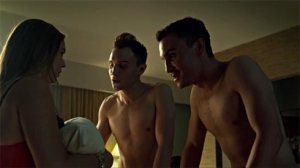 Likewise, while Tony Stark followed in his father’s footsteps by producing weapons, Stark Industries has long been a force for good in the world, at least in fits and starts. The damage done by Tony’s inventions was real, but remained on the scale of any other weapons manufacturer, and moreover, stayed limited by the intent of its user. Ultron is his Project Castor. Now, Stark technology is capable of apocalyptic destruction, and moves beyond any human control.

Spring 2015 seemed designed to shred any hopes we may have had for the past or the future. There are no idols to look back to, not in the Age of Chivalry, not during the high tide of the Greatest Generation. The future promises only faster destruction, whether in our genes or in our tech. These kinds of stories could argue for a kind of stasis—an acceptance that our society has peaked and that we should defend the status quo. But that conservative interpretation clashes with the clear critiques in all of these works. The present is just as awful as the past or future.

These are the stories of heroes—but heroism begins to look increasingly vain as the heroes are overpowered by a despairing world on all sides. The genres of the Starship Enterprise and the Knights of the Round Table have abandoned their idealism, and we stay along for the ride. Does this era end? Will a superhero ever again go outside on a sunny day? Or does our cynicism—earned as it may be—prevail?

4 thoughts on “The Past was Terrible, the Present is Terrible, and the Future will be Terrible”