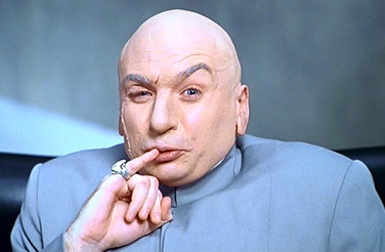 Supervillains are historically inseparable from their superhero counterparts. Batman has the Joker, Superman has Lex Luthor, Joe Biden has Nixon’s Ghost. However, as comic movies keep getting bigger, and as the MCU sucks up the world’s supply of white dudes named Chris, the villains are increasingly left behind. These guys fall into a few tidy categories, and alive or dead, find themselves forgotten when the credits roll.

Somehow, the greater realism applied to superheroes, the less room there is for supervillainy. Instead, we’re left with a handful of tropes, with only a few bad guys able to break out of the box. This dynamic is crucial to the ways our current crop of superhero blockbusters reflects our wider psychology. We ache for something bigger than ourselves to believe in, and assemble the Avengers. We question that ache, and begin the Civil War. But when it comes to evildoers, we haven’t figured out what we want. Sometimes it’s just exaggerated versions of the bad people in the world, sometimes it’s faceless alien hordes, sometimes it’s pure evil, given the nasty explanation of “mental illness.” In contrast to the depth we’ve given our heroes, our villains keep falling short.

Can’t come up with a villain backstory that makes sense for a human with human-style motivations? Call an alien! The MCU goes here regularly, with the Chitauri invasion in The Avengers, the Frost Giants of Thor, and the Dark Elves of Thor: The Dark World—with Loki participating in all three. Man of Steel had General Zod, Doctor Who has the Daleks, and Guardians of the Galaxy has Thanos and Ronan the Accuser. Robots pitch in here as well, adding Ultron, Cybermen, and Megatron. 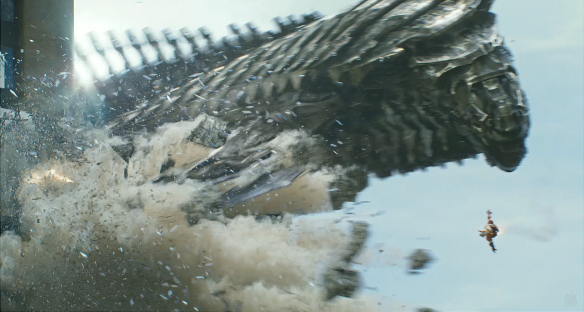 In each case, the storytellers are spared the necessity of turning a human into a monster, letting abstract alien agendas rule the day. These plots can work very well, either by allowing aliens to feel human, like Loki, or exploring their tension with humanity, like Ultron. But these villains still succeed on the strength of the actors’ performances, more than on their internal motivations. Alien or robotic villains still struggle to build up the depth of heroes—they have no connections to ordinary humanity, and their choices are rarely explored.

Heroes occasionally become monstrous, like the Hulk, or alien, like Superman, or robotic, like the Vision. But while the tension between their human and inhuman nature motivates the heroes, villains rarely pause for such reflection. Their foreign nature replaces any internal struggle.

The next option is to create a supervillain who is essentially just a regular bad guy, with some particular sin or fault jacked up to eleven. The starting point is human emotion—greed, jealousy, or anger—but the conclusion ramps up to ridiculous levels. At the point where you’re willing to kill a million people to get rich, maybe it’s time to just start working on an app. 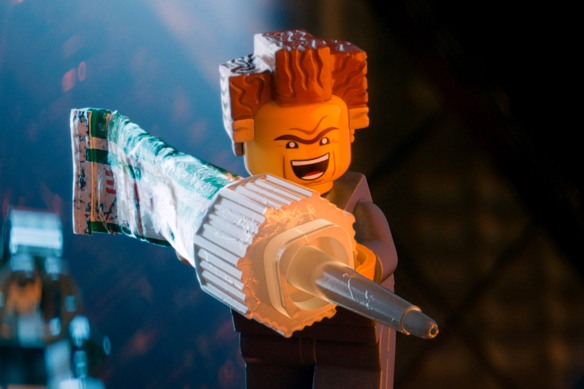 The Iron Man trilogy falls into these easily—Obadiah Stane’s personal vendetta, Justin Hammer’s quest for wealth, Aldrich Killian’s megalomania. All three are human, and do achieve supervillainy as a means to human ends. Norman Osborne and Lex Luthor have similar agendas. But they, too, end up feeling flat: their motivations are too simple, too commonplace. There’s more to being a bad guy than just being a bad person. These villains just feel like bad people who happen to be on the other side of a superhero movie; they’d be equally at home in ordinary action movies.

These same traits are regularly present in heroes as well; Bruce Wayne and Tony Stark never considered poverty, and it’s not like vengeance is a foreign concept to, you know, the Avengers. Better impulses prevail, but these human failings add depth to the good guys. For bad guys, they become single-minded, without struggle.

With great power comes great responsibility—that defines superheroes, but the converse seems too weak. We’re left with great power and great irresponsibility: but wealth, power, vengeance—these needs weigh too lightly to justify supervillainy. They’re the kinds of things that motivate the criminal in an episode of Law & Order. They don’t do enough to hold off an Avenger.

This is a deeply problematic trope: it equates evil with mental illness, providing a shortcut to creating a supervillain. In essence, you end up with a human alien—a person in a human body whose motivations are completely inscrutable to the audience, and need not be, because, well, he’s just crazy. Ableism masquerading as horror. 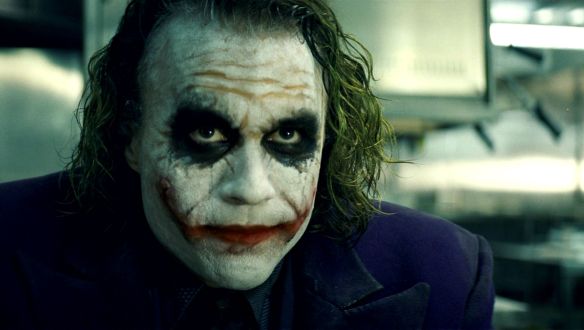 The Madman was used to its greatest effect in The Dark Knight, with Heath Ledger’s interpretation of the Joker. Ledger himself described the character as “psychopathic, mass murdering, schizophrenic clown with zero empathy”. Psychopathy, schizophrenia—these are real conditions. They’re not what separate criminals from the rest of us. If anything, they’re conditions that put people at risk of physical violence.

Ledger himself likely suffered from mental illness; even in the same interview that prompted this gloss on the Joker, he seems anxious and ill-at-ease. But he’s not the only one who views supervillains through the lens of mental health. He’s trying to conjure a person whose moral reality is exactly opposite to the rest of us, our impulse to help transmuted into an impulse to hurt; our sympathy for the suffering of others turned into joy.

Ledger calls this psychopathy, you’ll also hear “crazy”, “deranged”, or “insane”. It’s an attempt to make the Joker seem realistic, putting his personality into the continuum of human existence at the cost of further stigmatizing mental illness. It’s frightening to be sure, but it’s ultimately false. There’s nobody like the Joker; nobody wants to be the Joker. He’s only meaningful as a symbol or a monster. An incomprehensible sadism motivates him, at the expense of anything more understandable. It may work for one movie, but it’s a limited trick. It costs the villain the nuances that have defined our heroes.

When in Doubt, Heil Hitler

If you want a go-to supervillain, there’s no safer bet than looking to the Third Reich for inspiration. For good reason, Nazi-inspired villains are a popular choice. Comics came of age during this era, and early superheroes not only fought Nazis, they fought Nazis who hadn’t been beaten yet.

By pitting your hero against a Nazi, like Red Skull in Captain America: The First Avenger, a neo-Nazi conspiracy, like HYDRA, or other genocidal fanatics like Colonel Stryker in X2, you get to recapture a little bit of that old glory. The Allied cause felt pure in World War II, a foreign feeling in the seventy years since. Hitler was the closest thing the world has seen to a real-life supervillain, and it’s tempting to re-live the triumph of his defeat. 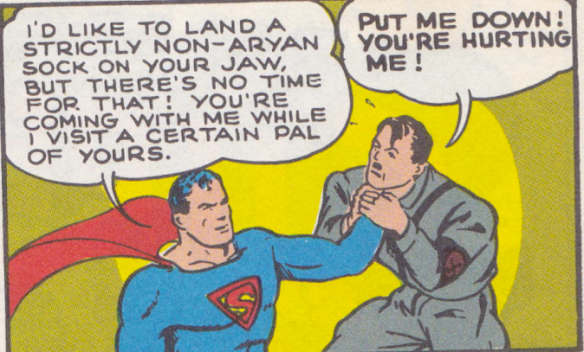 Likewise, Nazis and Nazi-analogs get at the darkest moments in human history. Prosecuting the Nazi regime required the first legal definition of “crimes against humanity”. These are the monsters in our midst, the men whose true evil required super strength to overcome. How many other real people were ever punched out by costumed heroes in red, white, and blue?

But in the end, Hitler is long since dead, and Nazism hasn’t presented a real threat since. Nazi villains can feel immediate in period pieces like Captain America or Agent Carter, but they don’t play on current fears.

And ultimately, that is what’s lacking in almost all supervillain stories. We want our superheroes to take on the problems of the world we live in, but those problems are created in a world without supervillains. We don’t face the threat of alien invasion, and though plenty of problems are caused by greedy, angry people, these can rarely be distilled to an individual or a conspiracy. Serial killers are vanishingly rare, even in a nation with tens of thousands of murders annually.

Our superheroes keep getting bigger and more powerful, and exist in cinematic worlds with ever-better effects and increasingly masterful acting. They engage with deeper, more meaningful themes and lose the elements of pure, cartoonish escapism that once characterized the genre. Superman might once have been able to focus on burglars and purse-snatchers, but simply fighting crime isn’t enough for a movie any more. At the same time, global warming, poverty, and pandemics can’t be solved no matter how hard you can punch.

As superheroes fail to solve or otherwise address the real problems of the world, they are in danger of becoming listless and dull. Marvel and DC attempt a dodge by focusing their conflicts inward, with both Captain America: Civil War and Superman Vs. Batman looking to the struggles between superheroes with differing agendas.

Movie studios are looking for blockbusters, and perhaps the market allows for introspection but struggles to empathize with those on the other side. In an era which celebrates its anti-heroes, there are surprisingly few attempts to put antagonists just on the other side of the line. The hero who sacrifices most of his values for the greater good will usually stop short of becoming the villain who sacrificed too much.

There are exceptions. Magneto goes to war regretfully, sacrificing human life in what he believes to be self-defense. Ozymandias is willing to sacrifice great numbers of civilians in the belief that it is to save the lives of more. They fit into antagonistic roles in X-Men and Watchmen while remaining empathetic. But their examples seem to be unfollowed. Watchmen was designed to criticize superhero tropes; it foreclosed the possibility of sequels. Magneto soldiers on, with a long list of film credits, and he has something of an heir in Jiaying from Agents of S.H.I.E.L.D. 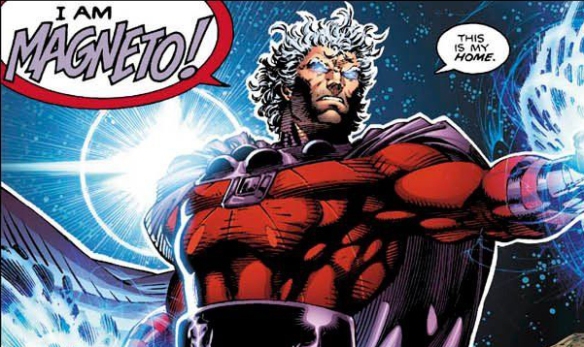 But these cannot be the only stories. We’re going to need an answer soon: what’s left for the costumed heroes? If we can’t solve this, our stories are going to have problems.

2 thoughts on “The Big Bad: Superheroes without Supervillains”