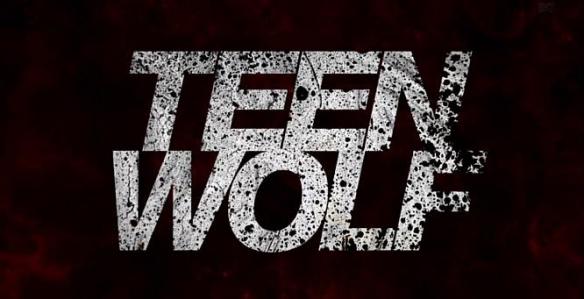 Welcome back, everyone, for another Teen Wolf review. In “Condition Terminal” our characters learn about more evil supernatural creatures roaming Beacon Hills, Parrish works on discovering his own abilities, Kira’s powers are all over the place, and here at LGG&F we continue to not care, at all, about Theo or Donovan. Spoilers after the jump.

Our episode opens with a flashback between Lydia and Parrish playing with a lighter, because the show can’t stop beating us over the heads with ephebophilia apparently. And during the flashback, we learn that Parrish keeps having visions of taking dead bodies to the Nemeton to light them on fire.

Fast forward to the present and we pick up right where “Dreamcatchers” left off—with Lydia bleeding out and Tracy dead. Our characters get Lydia to the hospital in time and hide Tracy’s body, since her supernatural features aren’t going away like they normally would. Deaton, after examining her, discovers that she was not just a kanima, but also a werewolf. And as she was able to cross mountain ash, she somehow can’t be supernatural either—she wasn’t born or bit; she was made. Naturally, this freaks Deaton out because it means the rules governing the supernatural world are changing, and he heads out of town for a few days to learn more.

Scott realizes that Tracy was a chimera, a creature with a mix of DNA, and he and the gang also realize that she can’t be the only one. Someone else named Lucas is walking around Beacon Hills, and the Dread Doctors have mixed him with scorpion traits—his body is covered in sharp barbs that produce venom. Scott and Kira track him down to a nightclub called Sinema, and with the help of Brett and Liam, they manage to take him down and capture him alive. Unfortunately, the Dread Doctors show up and kill Lucas, because his condition was “terminal”, which means he’s a “failure”.

Also this episode, the Dread Doctors kidnap Donovan from his cell, rip out all his teeth, and replace them with more supernatural ones. Not very surprisingly, Theo is also one of their creations, and the Doctors allow the two of them to talk. Theo convinces Donovan to get back at the Sheriff by going after Stiles, and Donovan, being a dumbass, does just that once the Dread Doctors release him. Papa Stilinski said earlier this episode that wherever Donovan is, he’s probably running as fast as possible away from Beacon Hills considering what happened last episode. Which would be what I’d do if a bunch of creepy ass doctors ripped out my teeth and transformed me into a creature with mouths on my hands, let alone if I saw a kanima murder someone. Not Donovan, though. He doesn’t even seem to have too many questions about the Dread Doctors. Instead, with Theo’s prompting, he’s just like, “oh, I’m even more evil now. Let’s go kill Stiles.” We learn a little bit more about him and why he wanted to be a police officer this episode though, but to be honest, the show has done nothing to make me care about either him or Theo and I was much more invested in Tracy.

Our episode ends with Donovan attacking Stiles and Parrish stealing Lucas’s body from the morgue. He takes the body to the Nemeton and sets it on fire.

A lot went on this episode. We’re learning more about Parrish’s abilities, and the characters are now aware of the Dread Doctors and the threat they pose to Beacon Hills. They learn about Chimeras and they figure out that the Dread Doctors need to bury the Chimeras in order to complete their change—which is something that I don’t think they did with Donovan, but oh well. We also see that witnessing what happened to Tracy has gotten to Malia. She no longer wants to look into finding the Desert Wolf and even has the occasional flashback to the Dread Doctors murdering Tracy in front of her. She heads back to Tracy’s house and starts going through her room for clues, and in the process, she discovers that Tracy actually was loaned a book called The Dread Doctors, with a picture of the aforementioned Doctors on the cover.

Also this episode, Kira’s powers seem to be out of control. During the battle with Lucas, Kira’s abilities once again take over her—she’s enveloped in flames that look like a fox, speaks Japanese, and almost kills Lucas after he’s been subdued. It’s only through Scott’s intervention that she doesn’t. And, well, I literally have no idea what’s going on with her, but it looked cool.

On other note, we get to see more of Mason again, which is always good, and it turns out that Brett is bisexual. If the show keeps going this direction, it looks like we might finally get some representation for both PoC and LGBTQ+ people. I’m excited to see more from both of these characters in the future, but I’m also not sure that I trust this show to do well with their character arcs. We still don’t know where Danny is, and Teen Wolf has a habit of subjecting its characters of color to awful stereotypes. So I can only hope that it manages to do better with Mason.

Next episode, we’ll find out what Donovan did to Stiles, and the characters will continue digging into the Dread Doctor mystery. Until then.