Magic is a very personal tool. It can be used to empower or enslave, create and destroy, and set certain special people on their journeys of self-discovery. In this way, while magic can have a direct impact on the world, that impact is typically made through the people who wield it. In video games, it’s basically a given that magic is going to be part of it if we have a fantasy setting, and while it’s interesting to see new takes on people wielding magic and how it affects societal divides and the growth or stagnation of cultures, I was faced with a new way of interpreting magic when playing Tales of Vesperia. This magic could be harnessed by living creatures, but humans were only just learning how to tame the beast, so to speak. This magic was, at times, violent, mysterious, and a more visceral threat than the main antagonist of the game: an interpretation that more pieces of fiction should utilize. 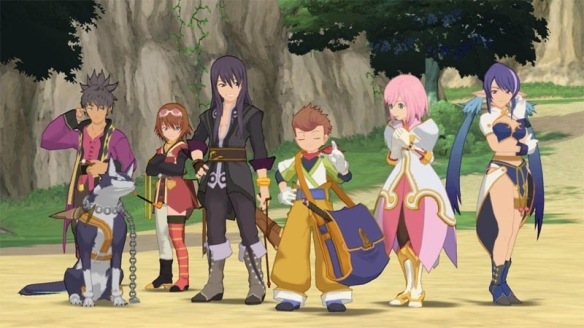 Spoilers for Tales of Vesperia under the cut. 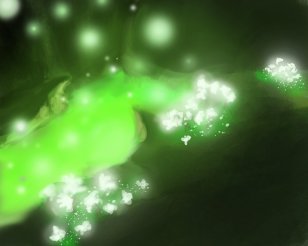 These Aer Krenes are beautiful, but super dangerous for humans to be around due to the high concentration of aer.

In Vesperia’s world of Terca Lumireis, there is an inescapable substance called aer. Typically aer is colorless, odorless, and harmless, and up until a point aer was used to power, well, pretty much everything. Aer can’t be harnessed in its natural state, however, and must be concentrated through ancient tools called blastia. These blastia range in use from powering fountains in the middle of town, to barriers protecting cities, to fueling weapons of mass destruction. Additionally, blastia are the tools by which humans are able to use magic. Aer isn’t a finite resource, however: it’s constantly produced by springs located in various parts of the world. The problem in Vesperia rises when the race of creatures biologically tasked with regulating the aer supply (via absorption over time) have started dying off—or getting killed, since killing these creatures are the way more blastia are created. (In basic terms, the dead creatures’ souls turn to physical objects that are used to power the blastia.) As the demand for blastia rises, the higher concentrations of aer begin poisoning both the people of Terca Lumireis as well as driving the monsters that inhabit it to madness and mutating the plantlife, making the environment more dangerous than ever. To protect themselves, people need more and more blastia. As things are, it’s not a sustainable environment at all. 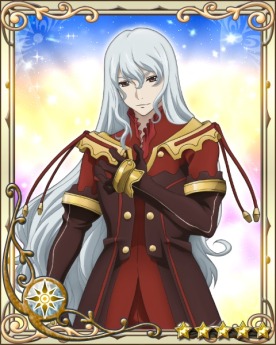 What makes this interesting to me is that the protagonists come to realize that using aer in the manner that they are is ultimately harmful and destroying their world. However, due to how the world has advanced technologically, it’s impossible for things to change. Really, if people are frightened by the very real, very dangerous creatures that live outside their barrier, convincing them to stop using the barrier seems foolish. Also, while the protagonists understand the repercussions of using their blastia, they, too, can’t stop using them. This is the only way for all but one of them to access their magic, and without it they will surely fall to the main antagonists. It’s an interesting journey of things definitely getting worse before they get better, in a way that the world as a sustainable environment may never recover from. It’s only through not using the magic and really getting to know how and why the system worked the way it did that the protagonists find a way to re-balance the supply of aer. And in offering a real, tangible solution, they too manage to convince the towns to wean themselves off of using blastia (but not all at once). Even the “big bad” of the game looks at their practical solutions and essentially says, “well if that’s what you’re doing, sign me up!”

Placing magic in stories as a symbol for oppressed groups does have its place, though it often falls short in discussing those issues in any meaningful, applicable way. Stories should absolutely continue to pursue that line of thought. However, this should not be the only story that magic offers to its audience. By presenting magic as an almost tangible threat, and having it affect the environment in such a visceral way, Vesperia managers to create a universe where many other interesting questions concerning magic can be examined. Is the cost (to wildlife, to technology, etc.) worth the safety and stability? Are there more efficient ways to utilize this resource? This environmental analysis can work alongside the typical examinations of how the people in power use the magic they have or how magic can ostracize a person or a set of persons. The use of magic in fiction should never be allowed to stagnate; authors should continue to find ways to broaden its use by taking a closer look at the real world. Vesperia chose to do that through a more environmental approach, and I hope to see more takes on this in the future, along with ones that I haven’t even dreamed of.

1 thought on “Magical Mondays: Tales of Vesperia and Magical Environmentalism”