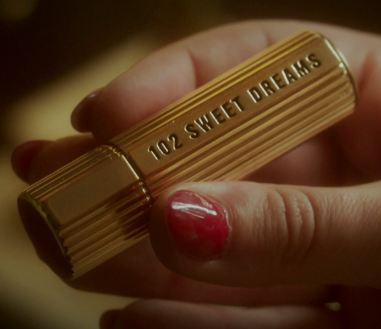 One of the very first in-depth conversations I ever had with my college roommate was about Legally Blonde. We’d both seen the movie before, so when it came up when we were flipping through channels, it was something we were both willing to procrastinate our homework over. Elle went to Harvard and won her case, and at the end of it all I turned to my roommate and said, “I always hated that Elle won her case because of some hair care thing.”

“Really?” she said back. “I always liked it because of that—I liked that she didn’t have to entirely change who she was in order to succeed.”

Fast forward many years, and I’ve come around to my roommate’s way of thinking. We often think of badass ladies as ladies who succeed, in some way, in a masculine field—the only woman in the cast of an action movie, or the only female scientist, or so on and so forth. These ladies succeed because they’ve proven themselves the best, or at least competent, in a field that is held in high esteem by men. When a woman succeeds because of her gender or gender expression, it’s more a form of weaponized sexuality—a woman is able to seduce a man or confound him in some way with flirtatious behavior.

However, it’s rarer that we ever see a woman succeed because of her life experience as a woman. Though all genders can use products marketed to women, it’s often women or people assigned female at birth who grow up with the societal obligation to not only use things like cosmetics or hair care products, but also to become excellent at using them as a form of gender expression. In other words, using these products proves that one is truly “a woman”. Women are constantly told that they should aim to be the “after” photo in the makeover story, but are constantly shamed for their knowledge—women who use lots of makeup are deemed “high-maintenance” or “spoiled”. Yet women who don’t use makeup are seen as not caring about their appearances. It’s basically a lose-lose situation.

So that gets us into something that we usually don’t see in media—weaponized femininity. This differs from weaponized sexuality—a woman is not confounding her enemy with sensuality, but rather, is using the tools of her societal-prescribed gender expression—cosmetics and the like—to win battles.

In Disney’s Mulan, Mulan starts out as a girl who doesn’t really excel at her expected female gender role. When she’s to meet the Matchmaker, she doesn’t show up to preparations on time, and she can’t remember what she’s supposed to say or how she’s supposed to act. Enraged, the Matchmaker tells her that she will never bring honor to her family. But Mulan, obviously, does manage to do just that. She sneaks off to join the army in her father’s place and ends up bringing down the Hun leader, Shan-Yu, who’s intent on taking over China. It’s how she does it that’s significant here. When the Huns have barricaded the Emperor’s doors, Mulan dresses up her fellow soldiers as women and teaches them how to use their sashes to climb up the pillars of the palace so that they can sneak in the upper balconies. Then, when Shan-Yu corners her on the roof, he gloats that she has no weapons remaining to her. Mulan whips out her fan—used to cover many a flirtatious courtesan’s face—catches Shan-Yu’s sword between the ribs of the fan, and uses them to twist his sword away from him. Using her mastery of techniques that her male counterparts wouldn’t know—that is to say, explicitly gendered things taught specifically to girls—Mulan was able to save her Emperor and her whole country from the Hun invasion. 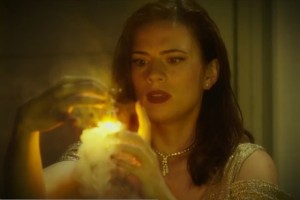 We see the same kind of thing happen in Agent Carter. Unlike Mulan, Peggy Carter is as adept with her makeup as with her fighting, but also unlike Mulan, Peggy’s male counterparts don’t think much of her. Peggy’s makeup serves only to prove to the boys that she’s Captain America’s ex-girlfriend and, at most, an adequate secretary. But Peggy shows in the very first episode that her mastery of gendered techniques serves her well in her fighting, as well. When the other agents are kept out of a “need-to-know” meeting about a club that has a Stark invention that’s been made into a bomb, Peggy gets in by pretending to only be interested in the coffee she’s serving. She later gets the day off because she says she’s having “ladies’ issues” and her male captain is too disgusted by the idea to ask for more details. As the male agents waste time changing into sharper clothes and getting a warrant, Peggy sneaks into the club first and retrieves the bomb. Her assistant, Edwin Jarvis, tells her that a solution of chemicals will neutralize the bomb, but he doesn’t know where to get the chemicals or how to mix them. Peggy solves this by getting everyday chemicals—such as vinegar, something a woman might use to cook—and mixing them together in a perfume bottle. It’s her knowledge of gendered, marketed-to-women products that saves the day. 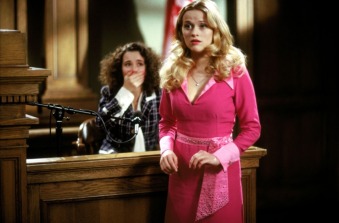 Oh my god, oh my god you guys.

So let’s go back to Legally Blonde. Protagonist Elle Woods has been taught all her life that beauty and brains are two mutually exclusive things. Her parents tell her that law school is for boring, ugly, serious people, not people like her, and her law school classmates think of her as a ditzy, dumb blonde. Unlike our other examples, Elle faces active misogyny from both men and women about her interests. She’s shamed by the girls for looking and acting like she belongs “in a sorority”, because sororities are inherently filled with ditzy people, I guess, and she’s shamed by the guys for daring to take care of her appearance by going to spas and having her hair and nails done. When she gets an important internship, she tries to fit in by wearing black, formal clothing, only to realize that others’ stereotypes about her go deeper than that. Finally, at the end of the movie, she enters the courtroom doing what she knows and loves: she wears pink, and when she hears that the witness on the stand, Chutney, has had a perm, she leaps on it. The guys (and possibly the girls, who aren’t as interested in beauty salons as Elle is) wouldn’t have known what to do with the knowledge that Chutney had supposedly taken a shower right after her perm, but Elle knows just what it means. She quickly proves that if you take a shower right after you have a perm, your curls won’t stay intact, and since Chutney’s curls are still intact, she must have been lying about her whereabouts. Elle’s right, of course, and Chutney turns out to be guilty. As Elle walks out of the courtroom, she and a reporter have this conversation:

Reporter: Elle, how did you know that Chutney was lying?

Elle: The rules of hair care are simple and finite. Any Cosmo girl would have known.

Elle wins her case because she had knowledge that few other people in that courtroom did. Any Cosmo girl would have known, but many girls who read Cosmo are told over and over that their interests are stupid and won’t matter in “serious” situations. By using her gendered knowledge to her advantage, Elle proves that things marketed to women aren’t inherently vapid and useless, and also proves that women who care about their prescribed societal gender expression aren’t vapid and useless. Peggy, Mulan, and Elle all show that knowing about stereotypically feminine things can be just as useful and necessary as knowing about stereotypically masculine things. So the next time some douchebro laughs at a girl for daring to know things about spas, I hope she beats him up with a hair straightener.