One of my very favorite genres is magical realism. I first discovered it when I was in college and my writing teacher informed me that my writing was more like magical realism than fantasy and encouraged me to write my thesis in the magical realism genre. Before this, I had never even heard of the genre, and I was extremely confused as to how it differed from fantasy. I remember at first being really defensive of my then-favorite genre, fantasy. In the world of literature, it has been my experience that academics tend to look down on sci-fi, fantasy, and horror as lesser genres that aren’t as complex as other genres in realistic fiction. Magical realism gets a lot more credit in the academic world because it isn’t as fanciful or escapist as fantasy. At first, I saw the attempt to push me toward magical realism as a dismissal of fantasy, but as I grew in my understanding of the genre I learned that they did very different but equally wonderful things. 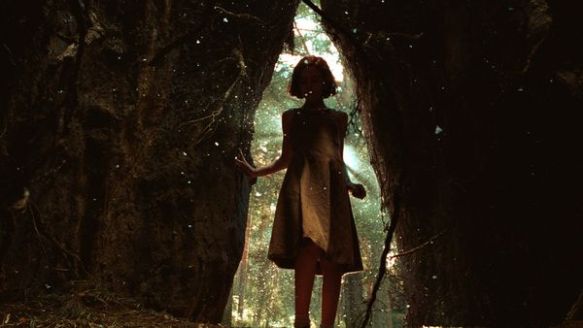 But first, let me explain a little bit about the difference between magical realism and fantasy, as well as discuss some of my favorite examples of magical realism in storytelling today.

The main difference between magical realism and fantasy is that fantasy is a genre which inherently promotes escapism. Fantasy allows the consumer to escape from their reality into another for a brief time, transporting us to worlds like Middle-earth. Even fantasy like the Harry Potter series, which takes place in our world, is still escapism, because Harry literally leaves the Muggle world to enter the hidden magical world that most people know nothing about. Magical realism, however, is not escapism; rather, the purpose of magical realism is to use magical elements to emphasize or sharpen reality and force us to focus on that reality and not disassociate from it. Fantasy breaks free from our world, but magical realism heightens it.

In magical realism the world appears much like our own, but also includes an element of the extraordinary. In Franz Kafka’s “The Metamorphosis,” Gregor Samsa awakes one morning to find he has turned into a giant insect. In Stacey Richter’s “The Cavemen in the Hedges,” cavemen scurry in backyards, rummage through trash, and adore shiny objects. In Gabriel Garcia Marquez’s “A Very Old Man with Enormous Wings,” Pelayo finds an angel with “huge buzzard wings, dirty and half-plucked” in his courtyard after a rainstorm. Still, the extraordinary is firmly rooted in the ordinary. “A Very Old Man with Enormous Wings” is populated with human characters, such as Pelayo’s feverish newborn and the local priest, Father Gonzaga. And the story is anchored in details the reader recognizes from her own reality: rain, sea and sky, a chicken coop.

Magical realism author Gabriel García Márquez once argued that realistic writing is “too static and exclusive a vision of reality”. I think this is perhaps the thing I most like about magical realism: it takes the mundane and ordinary and makes it magical. Again, magical realism doesn’t divorce us from reality, but rather, amplifies it. Magical realism encourages us to look at the world differently.

If we look at some of our favorite stories, we see that many of them actually fit better in the genre of magical realism than in fantasy. Pan’s Labyrinth, which is written and directed by Guillermo del Toro, is about a young girl named Ofelia and her family living five years after the Spanish Civil War. Ofelia’s meeting with the fairies mimics her own complicated feeling about her family, as well as the political crisis in Spain. The fairies do not allow us to escape from the terrible things happening to Ofelia, but rather they emphasize her own turmoil and tragic circumstances being caught in the middle of the fascist government and the resistance movement. 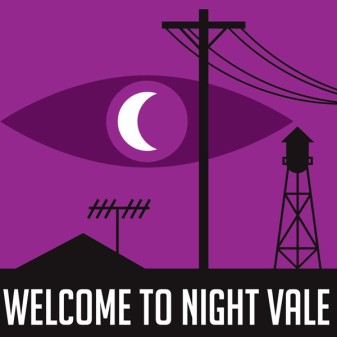 While Welcome to Night Vale certainly has somewhat of a horror bent, I think it definitely falls more in line with magical realism in how it uses fantastical elements to draw our attention to real world issues. For example, the character Meghan is born as a detached adult’s man hand, but is treated as a normal girl who needs to attend school. Night Vale uses these amazing elements to draw to disability and trans rights issues. As I stated in my previous post on this topic:

What is strange about Meghan? In the world of Night Vale: nothing. Yes, she was born as a detached adult man’s hand, which again is weird enough to catch the listeners’ attention, but what Cecil unquestionably focuses on is that a young girl is being denied access to technology that could help her communicate. By putting Meghan’s needing a computer in the same space as her parents’ petitioning for a wheelchair ramp, the writers put Meghan in the context of a disabled character. Furthermore, despite being a detached adult man’s hand, she is unwaveringly referred to as she. In in the space of one short scene, these magical elements point out ableism and promote the rights of trans people.

In this way, Welcome to Night Vale uses magical realism in a similar fashion to Gabriel García Márquez in his novel One Hundred Years of Solitude, which is about a fictional town named Macondo where strange things often happen—sound familiar? Márquez uses this fictional town to find a collective way to talk about the history of many Latin American people. For example, after a massacre of striking workers by the banana plantation a fantastical rainstorm begins. It lasts for five years and paralyzes the town, killing the livestock and crops and making it impossible for anyone to do anything. This mirrors the real world Banana Massacre that took place in Columbia under similar circumstances. In Welcome to Night Vale we see similar things happen where various magical elements in this fictional town force us to focus on real world issues and events. 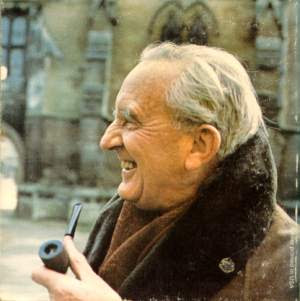 There is some debate from literary academics about whether or not magical realism or fantasy is the better genre, but, really, magical realism and fantasy do two different things. It seems silly comparing the two of them when their purpose in literature is different and equally valid. Critics of fantasy often see the escapism of the genre as seemingly betraying the real world, claiming that fantasy lies to people and convinces them to ignore real-world issues. In probably one of my favorite literary essays, On Fairy Stories, J.R.R. Tolkien discusses the criticism of fantasy and describes the various purposes and goals of fantasy. He explains that escapism is not necessarily a bad thing and talks about how it is not dissimilar from a prisoner wanting to escape from his jail and go home, and how criticism of fantasy paints the escapism more as desertion than wanting to break free. Tolkien explains in great detail that fantasy is about providing hope to our chaotic real world. He writes:

The consolation of fairy-stories, the joy of the happy ending: or more correctly of the good catastrophe, the sudden joyous “turn” (for there is no true end to any fairy-tale): this joy, which is one of the things which fairy-stories can produce supremely well, is not essentially “escapist,” nor “fugitive.” In its fairy-tale—or otherworld—setting, it is a sudden and miraculous grace: never to be counted on to recur. It does not deny the existence of dyscatastrophe, of sorrow and failure: the possibility of these is necessary to the joy of deliverance; it denies (in the face of much evidence, if you will) universal final defeat and in so far is evangelium, giving a fleeting glimpse of Joy, Joy beyond the walls of the world, poignant as grief.

The point of fantasy is to give us hope. To believe that no matter how bad things get in the real world in the end good will triumph, that there is light in seeming darkness. Fantasy uses magic to talk about real issues like racism but does it in such a way that we can not only escape from our own reality, but also hope for a better world of our own. We can look at how Gimli’s and Legolas’s friendship overcomes their societies’ racial prejudices and gain hope that people in our own world can do the same.

Magical realism, on the other hand, is not interested in escapism or giving hope (not necessarily anyway), but as I mentioned already, using magic to highlight real world issues, no matter how chaotic or unbelievable they might seem. Let’s revisit One Hundred Years of Solitude’s Banana Massacre and five-year-long rainstorm. A five-year-long rainstorm seems impossible, crazy, and chaotic, but not only does it highlight the real despair of the people who experienced these events, it also shows us the horrible absurdity of the world we live in where a company can massacre people with few  repercussions. It’s no wonder that most acclaimed magical realism comes from non-Western authors who live in a post-colonial world. These authors are dealing with the absurd realities of the violence and oppression that has been done to their people. In this way, magical realism uses fantastical elements to highlight the absurd events in our own reality. 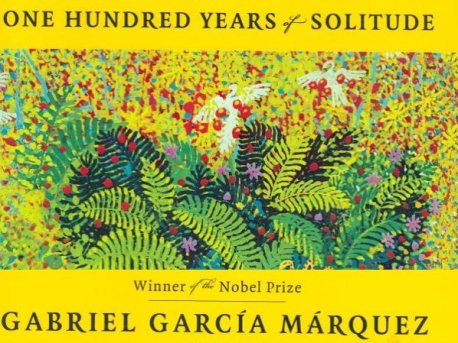 To say that one genre is better or worse than the other seems wrong to me, as each provides something different to the reader. In my view, fantasy gives us a small escape and hope for our own world, while magical realism seeks to not let us forget or turn away from what is actually happening in the world today, no matter how strange it may be. I never stopped loving fantasy, but magical realism (perhaps ironically) opened up a whole new world for me. Both genres give authors and readers a variety of interesting ways to look at the world around us.