I just recently got back into reading Harry Potter fanfiction, probably in part due to Alan Rickman’s death (RIP). That, in turn, just made me want to reread all the books. I’ve read each one no less than five times before, but still, it had been a few years since my last complete read through. I just got done with the first two books again, all the while watching random scenes from the movies on YouTube, and I realized something about the first book that I had never noticed before, and probably would have stayed ignorant to if not for the courtyard apocalypse scene in the final movie: all the tests to reach the Philosopher’s Stone foreshadow events to come.

The courtyard apocalypse scene takes place near the end of the Battle of Hogwarts, right before Snape’s death. Harry, Ron, and Hermione run through the fight outside in the courtyard. Along the way, they encounter a troll, giant spiders, a werewolf, and a bunch of Dementors. The order in which they encounter these things mirror the events in the previous movies. Take a look:

When I first saw Harry Potter and the Deathly Hallows Part 2, I thought that this was a neat throwback to all of Harry’s previous adventures now that the final fight was coming to a close. I really enjoyed this throwback and thought it was pretty cool, but it also made me realize that this wasn’t the first time Harry Potter used a sequence of events to either summarize or foreshadow something. In fact, the tests all the way back in the very first book ended up foreshadowing all of Harry’s future adventures.

At the end of Philosopher’s Stone, there are seven different tests standing between Harry and saving the stone from Voldemort, just as there are seven books, each one with different obstacles for our characters to overcome. Each of these tests is set up by the different teachers. In order, they are:

Fluffy is Harry’s first obstacle, and he and his friends only get past him by playing a flute. As Hagrid tells us, if you just play Fluffy a bit of music, he’ll fall right to sleep. Like Fluffy, the Basilisk in Chamber of Secrets is also a giant monster more than capable of ripping people apart. Harry only manages to kill it with the help of Fawkes, which Riddle calls a “song bird”. Indeed, when Fawkes first appears in the chamber, it distracts the Basilisk by singing before gouging its eyes out. The next protection guarding the stone is the Devil’s Snare plant, which has the ability to constrict or strangle anything that comes near it. This mirrors the Whomping Willow in the third book, another dangerous plant that also tries to kill our main characters.

After the Devil’s Snare are the charmed keys and the giant chess board. In Goblet of Fire, Harry becomes an unwilling participant in the Triwizard Tournament. Before reaching the final challenge, the maze and getting to the cup, he has to navigate two previous challenges. First he steals a charmed egg from a dragon using his broomstick—Harry catches the correct key also using a broomstick—and as events continue, he makes it to the final Triwizard challenge, which requires all his wits to navigate. During the chess match in the first book, Ron sacrifices himself to in order for Harry and Hermione to continue on. While in the maze, Harry’s fellow contestant Cedric Diggory gives up his spot as the sole champion and chooses to share the glory with Harry. In the end, similar to Ron’s sacrifice, Cedric is unfortunately murdered.

The next protection for the stone is a giant troll. I will concede that the comparison between this troll and the events in the fifth book are a bit of a stretch. I’ve seen some people argue that it foreshadows Gawp, Hagrid’s half-brother who is a full-blooded giant and acts much like a troll. Personally, though, when I think troll, I think Dolores Umbridge, who is, let’s face it, a giant troll of a person. The troll is provided to the school by Quirrell, a teacher we later discover to be a villain, just as Dolores Umbridge, another teacher, reveals herself to be an antagonist. In another similarity, she is provided to the school by Fudge, who also acts against the main characters by denying Voldemort’s return and attempting to silence Harry. 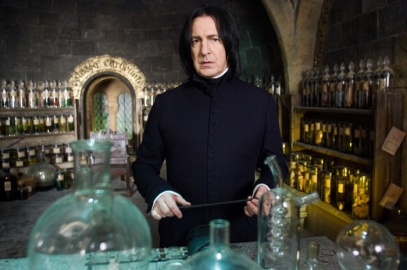 Snape’s riddle and potion set show up next in Philosopher’s Stone, and the sixth book is about the Half Blood Prince. Hermione was the one to figure out his challenge back in her first year. Then, in their sixth year, after Harry comes across an old potion book that used to belong to someone called the Half Blood Prince, it is once again Hermione who becomes suspicious to the book’s origins. Snape eventually reveals the truth to Harry himself, but it is Hermione who fills Harry in about Snape’s history and his connection to the name Prince afterward.

Lastly, Harry reaches the mirror of Erised and faces off against Voldemort. When we see the mirror earlier in Philosopher’s Stone, it shows Harry his deepest desire, his family. This is the first time Harry ever sees his parents and other relatives besides the Dursleys. Additionally, before Harry goes to face Voldemort in the final book, his deepest desire comes true. Using one of the Deathly Hallows, Harry summons his parents’ ghosts from behind the grave and speaks to them.

I have no idea whether or not all of this was intentional or coincidental on JKR’s part—but if she did mean for it to be there, then that’s totally awesome. It is a wonderful piece of foreshadowing that is not immediately obvious upon first glance. It took me years before I noticed it, and it does make me wonder what else might be hidden in these books. As such, I’m pretty happy I started the series back up again, and this all kind of makes me want to spend the next week of my life doing nothing but reading Harry Potter essays and theories on Tumblr.