“It’s okay to enjoy problematic things!” This has become a rallying cry in fandom, and I’ve seen it crop up most recently amongst the Star Wars fans. Fandom wars have already flown into full swing shaming people who ship Kylo/Rey, and while it is admittedly a very problematic ship (and will be more so if they end up being related), it’s also people’s prerogative to ship what they want as long as they understand the canonical issues with their relationship. Each person who participates in a ship or a fandom has to weigh the good against the bad, and the final call—is this something I’m willing to accept with its flaws, or is this too much for me—is a deeply personal one.

Unfortunately, unlike fandom, where The Discourse rules all and people tend to err on the side of policing the problematic aspects of fanworks, the Powers That Be seem to have a mentality along the lines of “this sold well; people must want more of it” that precludes the possibility of refining the product in any meaningful way. Basically, when something problematic becomes popular, there’s such a rush to cash in on that popularity that, while fans are having discussions of how to improve the original work, those who create and propagate the media are popping out clone after issue-laden clone, replete with all the problems of the original. And nothing is quite as emblematic of this issue as the cultural phenomenon that is Fifty Shades of Grey.

Vaguely NSFW image and text below the cut.

Fifty Shades of Grey was hailed on some fronts as promoting a sort of sexual revolution amongst the women of America, mostly because women were openly acknowledging reading something that everyone knew had explicit sexual content. This wasn’t a bodice-ripper novel with one climactic (pun intended) scene where ~his turgid manhood entered her dewy warmth~ or some such vague nonsense; FSoG features multiple scenes of vividly, if poorly, described sex. This positioned women—for possibly the first time on such a wide cultural stage—as sexual consumers rather than sexual products. It made people uncomfortable because it was just not acceptable for women to desire sexual gratification instead of being a vehicle for it.

Unfortunately, Fifty Shades is not a book about a healthy “safe/sane/consensual” BDSM relationship as much as it thinks it is; rather, it’s about a stalker who takes his sexual issues out on a girl who’s never even had vanilla sex before, and this storyline is portrayed as romantic. Christian harasses, stalks, and abuses Ana, on one occasion forces sex on her despite her refusal to consent, and tries to control every aspect of her life, from her diet to her friendships. Of course, with Twilight as FSoG’s source material, it’s unsurprising that it has a main character with such “romantic” control issues. 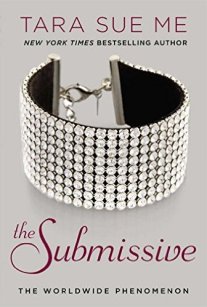 Ooh, yeah, sell my car without telling me, don’t let me see my friends, that gets me so hot.

A recent study from the University of Michigan showed that women who watched romantic comedies that featured men pursuing women persistently and despite rejection—in a light that celebrated that behavior—were more likely to find stalking behaviors unthreatening in real life. I bring this up to underscore the fact that media has a real power over our reactions when we’re not thinking critically about it. We as consumers have to carefully ponder every experience with popular media rather than simply swallowing its messages whole.

And therein lies the real problem: we shouldn’t have to. We wouldn’t be consuming problematic media if it didn’t exist, and the blame for that lies not with fans but with media producers. It’s one thing to look to a (presumably unintentionally) misogynistic, abuse-apologizing book like Fifty Shades of Grey and say “yeah, I liked that”; it’s another thing to publish it for massive profits, and then another like it, and then another like that one. Something can be sexually empowering to individuals while still being harmful to the sexual empowerment of society as a whole, and it’s the responsibility of media producers to keep problematic drivel that perpetuates terrible sexual messages away from mass production.