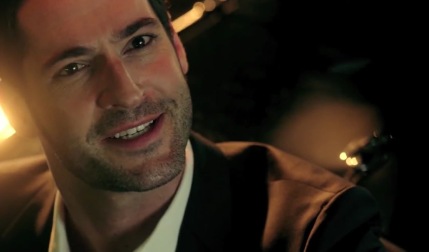 I have recently become enamored of the new TV show Lucifer, and while I fear that it will just be another Supernatural, I’m a sucker for religiously themed supernatural shows. And this one is based on the Lucifer character created by Neil Gaiman, whose Sandman comics had amazing magical, supernatural characters, as well as worldbuilding that really helped the reader understand how magic and magical beings existed in this world. Upsettingly, however, Lucifer seems to have none of those things. The characters are amusing and even somewhat complex, but really if you boil the show down to the bare bones, it’s just a cop drama that happens to have the devil in it. Where’s the magic? Where’s the supernatural? I’m starting to wonder if there will be any at all.

As with most stories, I think the key problem here is worldbuilding. The Lucifer comic is a spin off from Sandman. In Sandman, when the devil quits hell, he doesn’t just leave—he kicks everyone out of hell before he does it. Demons and damned souls alike are set free and most wind up on earth. Then Lucifer turns the keys of hell over to Dream, who doesn’t want hell for himself and is now tasked with finding its new ruler. In the Lucifer TV show, it seems like the show is setting up for more supernatural elements inspired by the comics. The devil in the show does not seem as responsible as the one in the comics and it’s implied he simply abandoned hell, only bringing the demon Mazikeen with him. Lucifer doesn’t seem to know or care what happened to the others he left behind. Amenadiel, one of the angels, is constantly pressuring Lucifer to return to hell, and even asks him what he thinks happens to all those demons and lost souls when he is not there. In the comics, they go to earth and generally cause problems, and I was hoping that while Lucifer was partnering up with the police he would come across some supernatural and unexplainable cases. Give me a case where a dead man killed his former murderer or a serial killer turns out to actually be a demon. But despite the implication that things have gone very bad since Lucifer left hell, the show has shown us no real consequences of his leaving.

And there lies the problem in the show. In the Sandman comics we knew that eventually someone else took over hell and all the demons and lost souls returned there and were no longer able to terrify anyone on earth. And while Lucifer causes problems in the Lucifer spin-off comic, we aren’t concerned about him returning to hell because someone else is already in charge. But in the TV show, that is not the case. Amenadiel seems concerned about the ramifications of Lucifer not being in hell and we are teased about what then becomes of those in hell, but nothing ever comes of it. There are no supernatural occurrences that Lucifer and the police officer Chloe come across, so we are left wondering why anyone should care if Lucifer isn’t in hell. The only consequence we see for Lucifer leaving hell is that he is becoming more human, and while that is extremely interesting theologically, it doesn’t answer the question of what becomes of hell when he is gone.

Because the TV show Lucifer is only inspired by the starting events in the Sandman comic, it isn’t necessarily bad that it ends up taking off in a new direction. It’s almost like a parallel universe where Dream doesn’t exist so no one new was ever appointed to rule hell. But then we are left with unanswered questions about the supernatural that either the show doesn’t want to explore or is waiting for the season finale to introduce—both of which I certainly hope is not the case.