Many people, when they think of the devil, think of a being without any kind of ethics or morality. I guess it stands to reason that if you believe God is good then the devil should fly in the face of that and just be utterly unethical and immoral in every way possible. But is that really the case? Could it be that the devil actually just has a completely different understanding of ethics? Well, it depends on which version of the devil you are talking about. And the devil’s ethics in the new Fox TV show Lucifer are particularly interesting.

Usually horror movies paint the devil as purely evil, but the movie The Devil’s Advocate actually has the devil explain his understanding of ethics, saying that he considers himself a humanist:

Why not? I’m here on the ground with my nose in it since the whole thing began. I’ve nurtured every sensation man’s been inspired to have. I cared about what he wanted and I never judged him. Why? Because I never rejected him. In spite of all his imperfections, I’m a fan of man! I’m a humanist. Maybe the last humanist.

While the devil calls himself a humanist in this movie, I feel like most ethical humanists might disagree, since humanism stresses the importance of humans rather than divine beings and also focuses on common human needs and looking out for fellow human beings. Humanism can be individualistic, but it’s not selfish the way the devil makes it seem here. But despite perhaps flawed terms, the devil makes the argument that people should be able to do whatever they want. That seems good at first, but if you watch the whole movie, it’s revealed that the devil thinks we should do what we want regardless of how it could affect others. This is a much more selfish mentality, one that puts the individual’s needs over and above everyone else’s. And while we may want to judge this understanding of ethics as wrong, we still can’t deny that it is a system of ethics. This understanding argues that it is wrong to tell others not to do something or that it is immoral to tell others that there is something they cannot do even if they want to.

While I enjoy The Devil’s Advocate I actually think we see much more of the devil having some sort of code of ethics in the TV show Lucifer. Lucifer seems to combine two different biblical understandings of Lucifer. First, there is the Satan of the Book of Job in the Old Testament. He is the accuser and basically acts as God’s prosecuting attorney. It is Satan’s job to present a case to God that humans are not good and don’t deserve God’s mercy or blessings. We see this very clearly in the Book of Job where Satan sets out to prove Job is only a good person because God gave him an easy life. Second, there is the Lucifer of the New Testament, who hates humanity and sets himself up in opposition to God, especially against Jesus Christ. Satan is the ruler of hell and actively tempts Jesus, trying to get him to worship him. The Lucifer TV show combines these two together. Lucifer is not on good terms with heaven or any of the angels, but states that he enjoys punishing people. 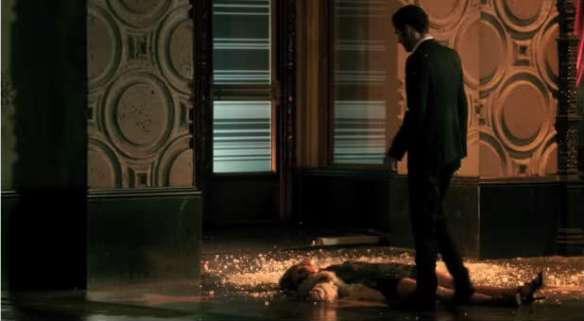 Here Lucifer does seem to have a sense of right and wrong, but because we largely see things through his perspective, we don’t always know what is right or wrong. Lucifer has the ability to draw out people’s desires to get them to admit to what they really want. He can’t force them to do anything—humans still ultimately choose what they want to do—but he helps give people a little push. Lucifer claims he likes punishing people. However, what he views as punishable seems to be more violent things like murder or abuse. Lucifer becomes extremely concerned about punishing the murderers he comes across while working with the police officer Chloe. However, he encourages a police officer to take bribes and he often commits what most Christians would consider sexual sins, and he never seems interested in punishing anyone for that.

We see more of Lucifer’s ethics in an episode where Lucifer encounters a professional pickup artist named Carver Cruz. Chloe believes Carver kidnapped a missing woman named Lindsey. The two eventually discover that Carver had actually fallen in love and was not the kidnapper. The kidnapper turns out to be Lindsey and her brother, who are trying to extort money from Carver because years before Carver actually met Lindsey in college. He used all his pickup artist skills to get her to sleep with him, taking her virginity, only to dump her later. He even wrote about her, though not specifically by name, in one of his books on how to pick up women. When the plan to get money from Carver goes south due to Lucifer and Chloe’s presence, Lindsey threatens to kill Carver. And here is where we see Lucifer’s sense of justice. He tells Lindsey that he doesn’t deserve to die, but he might deserve to get some horrible sexually transmitted disease, because that is more poetic or more fitting of his crime; yet despite thinking Carver is a creep, he doesn’t think he’s done anything to merit death. His anger then turns to Lindsey for thinking she has the right to just kill someone. He almost seriously hurts her, but is stopped by Chloe. Lucifer expresses a clear understanding of right and wrong and pronounces judgments on people because of it. He still views Carver as a bad person but he doesn’t view death as a fitting punishment and steps in to prevent it.

It seems for this show’s Lucifer, the punishment needs to fit the crime. If you simply kill someone for money or because they cheated on you, Lucifer will probably be pissed and punish you in some hideous way. But if someone killed your best friend and you go off and kill them in revenge, he’d probably think you’re in the right. With Lindsey and Carver, he agreed Lindsey deserved revenge, but viewed murdering him as too extreme a punishment considering his crimes. It’s very much reminiscent of the biblical understanding of justice laid out in the Old Testament. For example, Levitical laws very clearly spell out these types of punishments that give balance and justice: “Anyone who maims another shall suffer the same injury in return:  fracture for fracture, eye for eye, tooth for tooth; the injury inflicted is the injury to be suffered.” However there are still certain sins Lucifer seems to care little about. This might be more reflective of Lucifer following the ethics found in Satanism than anything remotely Abrahamic.

Satanic ethics are not actually bad like some people seem to think, and the Lucifer TV show definitely reflects this to some extent. For example, the first satanic statement can explain why Lucifer doesn’t seem to view sexual sins as anything bad or punishable. It states: “Satan Represents Indulgence, Instead of Abstinence!” Satanism is a hundred percent pro-sexuality and carnality as long as everyone involved is consenting. Other than nonconsensual sex, there are no sex acts that are really deemed to be wrong. Further, we could argue that Lucifer also believes, like Satanists do, that good and evil is entirely subjective. Lucifer must not think murder is wrong because he is willing to kill someone when they do something he feels is wrong, but he doesn’t seem to like when people murder others for reasons he feels are unwarranted or petty. For example, in the show, Lucifer seems to detest anyone who harms someone else for money.

Satanism goes against the Christian rule of loving everyone, even those who hurt you, and instead states to only give “kindness to those who deserve it, instead of love wasted on ingrates!” This is also clearly shown with Lucifer, who cares for Chloe and so is kind to her and protects her and even treats her daughter well despite not particularly liking or understanding children. In the first episode he goes out of his way to seek revenge for his friend Delilah, a pop star who was murdered, but anyone else he views as inconsequential he treats poorly or at least with very little regard. We see this particularly with Chloe’s ex-husband, who Lucifer seems to think is an idiot, and so basically ignores or does everything he can to make his life difficult when they interact.

However, the main point of the show is that Lucifer is, well, something of a selfish and self-destructive asshole, but as he exists among humans for longer and becomes closer to Chloe, he becomes more human. This would seem to promote a redemption sort of story for Lucifer; that as he becomes more human, he will become a better person and maybe a lot of the qualities that might show him as following a Satanic ethic will change to one that is more pure humanism or even some semblance of a Christian ethic. It will be interesting to see the direction the show takes. 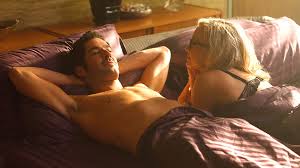 3 thoughts on “Oh, My Pop Culture Religion: Lucifer and Ethics”